Nearly 25 years ago, as a young tank commander in the British army, I had just been involved in the liberation of Kuwait, and, like many others, had expected and trained for Saddam Hussein to use weapons of mass destruction against us.

The year before I had sat in my tank in our defensive positions in northern Germany, alert to the Cold War which would have undoubtedly, had it come to conflict, lead to the use of nuclear weapons.

But almost 25 years on from the Gulf War and 70 years on from the Hiroshima and Nagasaki attacks, no nuclear weapons have been used, and, so in essence the United Nations Nuclear Non-Proliferation Treaty (NPT) has been a great success.

The NPT is based around three pillars, which are non-proliferation, disarmament, and the right to use peaceful nuclear technology.

But is this status quo likely to continue with the global struggle against the Islamic State of Iraq and the Levant (ISIL), tensions in the Middle East over the Iranian nuclear deal, the “new Cold War” between Russia and the West, and the erratic nuclear posturing of the nearly failed North Korean state?

The NPT came into force in 1970 recognising five nuclear states – US, UK, Russia, China, and France – all permanent members of the UN Security Council (P5).

It is generally accepted that four other states also possess a nuclear capability – Pakistan, India, North Korea, and Israel (though opaquely); with the addition of South Africa, which dismantled its warheads in 1989.

A number of countries such as Iraq, Iran, Libya, and Syria have, at some time, been accused of trying to develop nuclear programmes.

Individual state actions – such as Israel against Syria – and NPT efforts have prevented these countries from acquiring nuclear weapons.

The resultant explosion had a yield equivalent to around 15,000 tonnes of TNT (conventional explosives) and destroyed an estimated 12sq km of the city.

The nuclear bombs on Hiroshima and Nagasaki were the catalyst to end World War II and the beginning of the nuclear arms race, predominantly between the West and Russia.

What the Hiroshima bomb did prove, was that this is a weapon of such terrifying power that whoever possessed it would undoubtedly prevail against an enemy who didn’t.

With the West and Russia building a nuclear capability of “mutually assured destruction“, the NPT controlled the situation and managed some disarmament to a point where today a global nuclear war between the super powers seems highly unlikely, even given current difficult relations between Russia and the West.

However, the focus on nuclear proliferation in the future does still have some worrying and asymmetric angles which must be addressed by the P5 and the NPT to ensure that, in 70 years’ time, we are still saying that Hiroshima was the first use of nuclear weapons and Nagasaki was the last.

It is possible that some that of the 15,000 plus nuclear warheads, quoted by Eric Schlosser in his recent book Gods of Metal, may be poorly guarded and could fall into terrorist hands, but it is highly improbable.

Not least of all, because at the end of the Cold War international efforts were made to secure the most vulnerable storage locations, such as the removal of 600kg of weapons grade uranium under Project Sapphire from Kazakhstan to the US.

Also, having been involved in nuclear security in the UK, I am acutely aware of the challenges and hurdles required for a terror group to successfully smuggle a viable device to a suitable target location and then override the numerous safety features to detonate such a weapon.

The areas of concern for the NPT in future are, firstly, the development of North Korea’s nuclear capability and its “apparent” intercontinental ballistic missile programme, and secondly, highly enriched weaponised isotopes falling into terrorist hands through the black market.

I am relatively confident that the P5, and in particular the US, are keeping a very close eye on North Korea and would take offensive action if it appeared that this country was near to or about to launch some kind of a nuclear tipped missile.

It would appear that it is still some way far from this at the moment.

My major concern is the possibility that nuclear weapons grade viable material is acquired by non-state actors, most likely a group such as ISIL, and fashioned into an “improvised nuclear device” (IND).

About 15-20kg of weapons grade uranium with a simple initiation device could yield a blast equivalent to 2,000 tonnes of TNT, which would be enough to flatten several blocks and technically, is probably within the capabilities of ISIL’s scientists.

It is pretty clear that with ISIL’s “no boundaries” approach to terror, that if the armed group could develop such a device, they most certainly would use it – but it is also very clear that the security services of the P5 in particular, are very much on the lookout for any indications of INDs especially around ISIL.

The most difficult element for this type of weapon is acquiring the nuclear material. But as we’ve seen with the inquiry into the murder of Alexander Litvinenko with the radioactive isotope polonium 210, this is not entirely implausible.

This polonium, however, was of microscopic proportions, and 20kg, in weaponised nuclear material terms, is extraordinarily massive.

I think we can take some comfort from the fact that we have only seen two nuclear bombs offensively explode and that was 70 years ago, and that the NPT has, for the most part, achieved the aims of its three pillars so far.

Nonetheless, I believe that with the nuclear warheads of the P5 safe, the NPT should be actively and openly focusing on ensuring the Iranian nuclear deal is completely adhered to, and should ensure the non-proliferation of weapons grade nuclear material, particularly to terrorist groups and most especially to ISIL.

With this new focus and the continuation of past endeavours, the success of the NPT should endure for years to come. 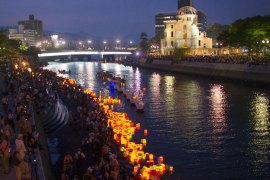 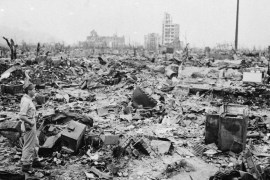 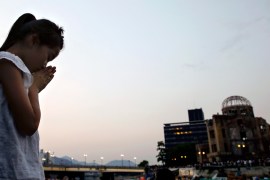 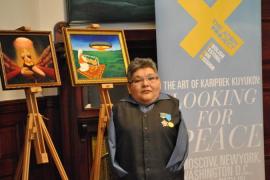 I have a dream: A world free of nuclear weapons

China, Egypt, India, Iran, Israel, North Korea, Pakistan and the US are still to sign the Nuclear Te