In July, the people of El Salvador came under direct attack from the country’s main gangs: buses set on fire, transportation workers and police murdered, and a grenade tossed at a prestigious hotel.

Over one million Salvadorans struggled to survive their already difficult lives as the public transportation sector ground to a screeching halt in response to gang threats.

The chaos comes amidst an escalation in violence between the government and gangs in which dozens of police and military personnel and hundreds of gang members have been executed or died in confrontations with each other, many under suspicious circumstances, so far this year.

After securing a truce between the MS-13 and 18th Street gangs in early 2012 that halved the murder rate, El Salvador is now likely to surpass Honduras with the world’s highest murder rate in 2015.

While El Salvador’s Farabundo Marti National Liberation Front (FMLN) can certainly claim some policy successes during its six years in control of the executive branch, its inability to implement and sustain a comprehensive security plan and tackle corruption has left many extremely frustrated, and it threatens to undermine the success of their social programmes.

For the last six years, the FMLN has emphasised investments in health and education as long-term solutions to El Salvador’s economic and security challenges.

El Salvador's government might be less corrupt than both predecessors and neighbours, but it appears that every political party has been compromised by organised crime.

Medical supplies are scarce in many healthcare centres, and there are concerns that the progress achieved under the previous professional health minister has stalled under its new political appointee.

There are also legitimate concerns that the classroom experiences of students leave much to be desired. Not all the failures can be placed at the feet of the FMLN.

However, their health and educational programmes remain plagued by allegations of corruption, whereby contracts are awarded based upon bribes, nepotism, and mismanagement.

Education and health progress have also been undermined by the failure to improve public security.

According to Salvadoran authorities, 34 students have been murdered so far this year, and 13 percent of students who had been enrolled at the beginning of the year have dropped out of because of security concerns.

Schools across every level were closed during July’s gang-induced transport stoppage. Under threat of violence, medical professionals have allegedly been forced to treat gang members and their families and friends.

For the past several years, I have been working under the impression that El Salvador is less corrupt and its institutions somewhat stronger than those of its neighbours.

I was hopeful that with the election of the FMLN, a number of programmes – such as Plan Safe El Salvador, Millennium Challenge Corporation Compacts by the United States Congress, and the Partnership for Growth by the US State Department, which are designed to tackle corruption and aim to promote economic growth, strengthen state institutions, and reduce insecurity – would be enough to improve the day-to-day lives of the Salvadoran people.

I’m not so sure any more.

Whether intentional or not, the attorney general has failed to bring an adequate number of corruption cases to light and successfully prosecute those that he has.

His failure benefits impunity. Police reform has not been near the priority it needs to be – the police remain undertrained, underpaid, trigger-happy, and too corrupt.

In a justice system believed to be somewhat corrupt, few judges and lawyers have been dismissed.

El Salvador’s government might be less corrupt than both predecessors and neighbours, but it appears that every political party has been compromised by organised crime.

As we have seen in Guatemala, an attorney general’s office committed to prosecuting corruption and backed by a UN-supported International Commission Against Impunity in Guatemala (CICIG) can contribute to lessening impunity, strengthening the rule of law, and decreasing overall levels of violence.

The FMLN has, unfortunately, shown no interest in requesting a similar commission for El Salvador.

They have instead argued that El Salvador is not as corrupt, nor are its institutions as weak as those of Guatemala and Honduras. For them, a similar body as in Guatemala’s CICIG is not necessary.

I would argue that an international commission might be even more effective in El Salvador than it has been in Guatemala for those same reasons.

El Salvador is not as corrupt and its institutions are not as weak as its Northern Triangle neighbours.

Therefore, there’s a very good chance that an international commission would be even more effective than it has been in Guatemala, where state institutions barely existed, and those that had existed are now thoroughly corrupted.

The FMLN should do everything in its power to determine how they could support a similar, but not necessarily identical, international commission consistent with the country’s constitution and institutional and security challenges.

Even if the FMLN does not go the route of an international commission, it must work with the country’s other political actors and elect an attorney general committed to strengthening the rule of law so as to support existing economic and security plans and consolidate educational and healthcare improvements.

President Salvador Sanchez Ceren and the FMLN need to act in the interests of the Salvadoran people and stop dismissing all those who criticise their governance as “golpistas” (coup plotters) who wish to destabilise the government.

The FMLN is no longer the opposition. It is the governing party that Salvadorans put their faith in to help resolve the country’s most pressing problems.

Mike Allison is associate professor and chair of political science, as well as coordinator of Education for Justice at the University of Scranton in Pennsylvania and maintains the Central American Politics blog. 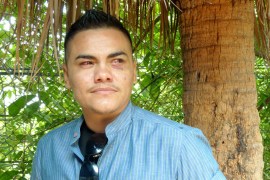 In a country with soaring murder rates, the LGBT community is often a target. 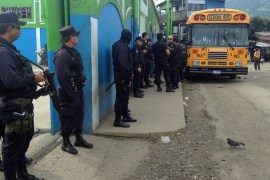 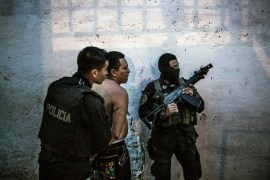