According to British Prime Minister David Cameron, a “swarm of migrants” are disrupting holidaymakers, after a harrowing journey to cross the Mediterranean and then trying to make it thriugh the Eurotunnel – the last hurdle between them and their new hope-filled lives in Britain.

He added that their routes have to be dismantled, “while trying to stabilise the countries from which they come”.

This point was reinforced by the UK home secretary Theresa May, mentioning the necessity of returning immigrants to West Africa and using forces on the ground in Calais to stop smugglers.

This was highlighted again in a letter she published with her French counterpart, interior minister Bernard Cazeneuve in The Sunday Telegraph.

In it they suggested how this was a global and European phenomenon, a burden to be essentially shared by all EU member states, while immigrants have to understand that Europe’s nations are not golden places.

This naturally overlooks the fact that life in the West is vastly safer than life in other areas of the world.

As journalist Daniel Trilling suggested “These people are living lives that the majority of British residents will find it difficult to imagine”.

And when it comes to repatriation policies, nations with high immigration fluxes, like Italy, have proven to be unsuccessful (and also expensive) in sending them back.

At times, migrants have no documentation, and even prefer to have “no identity” at all – so where should one return them?

There are no signs that the situation will be different on the Franco-British border.

All of this talk of preventing smugglers and the trafficking of migrants, and aiding origin countries in the support of their own populations is nothing but political propaganda.

We are all aware of how (de)colonisation and globalisation contributed to changing Western communities as well as reframing the balance between national and global powers (while prompting an ongoing deterioration of nation-states) with an influence on some strata of European societies, and in particular the white working class.

Arguably, Western involvement in many of these nations acts as a destabilising factor more often than it actually helps.

Many of the people arriving today from the Mediterranean and southeast Europe are, in fact, from Afghanistan, Iraq, and Syria – all places that have been negatively impacted by Western policies.

Not to mention those fleeing from the chaos of many African nations, and the long-lasting implications of European colonialism.

But these statements from high ranking politicians show how nationalism and the relevance of nation-states are growing significantly in the EU and are gaining a consensus in public debates.

And these debates are fundamentally dominated by right-wing themes.

Isolationism is a legitimate policy for some of the British conservatives and all the anti-EU movements elsewhere.

For them, their countries’ wealth must be reserved for their own populations.

This policy of exclusion, nonetheless, answers some of the recent and long-term concerns of national citizens regarding, for example, welfare states, housing, local identities, and national traditions.

We are all aware of how (de)colonisation and globalisation contributed to changing Western communities, as well as reframing the balance between national and global powers (while prompting an ongoing deterioration of nation-states) with an influence on some strata of European societies, and in particular, the white working class.

The economic downturn further raised these mentioned fears of the population, including the rising unemployment in some areas, and implementing, at times, a total lack of solidarity among people and nations, as highlighted in Greece.

Cameron and others are simply playing their part in this game by exploiting popular opinion and giving voices to the nationalists most active in their parties.

Naturally, in the British context, the rise of UK Independence Party and the Eurosceptic propaganda of some press outlets reinforce a vision of national life and UK-centric international policy.

This trend can be seen across Europe. Even in Italy, there are political tensions regarding extremist politicians.

RELATED: How Europe turned its back on humanity

General Secretary of the Italian Episcopal Conference, Bishop Nunzio Galantino, warned against “a handful of cheap peddlers willing to say extraordinarily inane things just to get a vote”.

France, another significant EU player, is not in a better position.

Bernard Cazeneuve, French interior minister, is sending migrants back to Ventimiglia, and more generally to Italy, clearly stating that there is no place for them in France.

On the French side, this story proves how the centre-left and Socialists, Europe-wide, are often unable to offer policies that provide alternatives to those of the right.

Even economically there are no huge dissimilarities between the European centre-right and most of the traditional mainstream left, given the latter’s acceptance of neoliberal austerity.

As in London and in many other EU capital cities, such anti-immigrant politics specifically try to appease the growing electorate of Marine Le Pen, and her far-right Front National – who will also run in the regional election in Calais area to exploit this situation.

These right-wing parties have, for years, been influencing mainstream policies regarding immigration and discussions on citizenship and belonging.

However, following them and their proposed political strategy has historically proven to be wrong. Even a strategic use of the far right has produced an array of negative outcomes.

For example, during the 1980s, the French socialist leadership aimed to undermine Gaullism.

They gave the Front National access to the television system, providing them with a vast audience.

The belief in an immigration threat did not appear out of nowhere, nor was it popularised exclusively by the far right.

In the past, some governments started perceiving immigration from an economic standpoint and as potentially being socially destabilising.

Conservatives in some European nations, including France in late 1960s and 1970s, and Britain, while dealing with widespread fear of uncontrolled migration from the Commonwealth, went even further in essentially legitimising anti-immigration on the political agenda.

The press additionally injected ambiguities and sensitive slogans that, at times, worried public opinion and in many people’s eyes, served to dehumanise the immigrant.

RELATED: A call for EU cooperation on the migration crisis

So, even if almost no one wants these people assembled around the British border, these are not novel themes.

Nonetheless, this appears particularly worrying in this phase of European integration and international politics.

EU membership is in question in some circles, some European economic policies are less popular than ever, while poverty is rising and the Middle East is in turmoil.

The solution to this complex situation is multifaceted.

It should feature equal redistribution of immigrants and refugees across the EU member states, increased investment in their integration, having the EU strongly subsidise the nations involved in rescuing migrants, and the purposeful avoidance of rhetoric that supports division and breeds extremism.

But, until Europe learns to act as a single actor and embraces true solidarity among its nations, this will not happen – whereas these damaging and divisionary nationalist tendencies will see their strength flourishing.

Andrea Mammone is a historian at Royal Holloway, University of London. His book “Transnational Neofascism in France and Italy” will be published by Cambridge University Press. He has written for the International Herald Tribune, The Independent, Foreign Affairs, and New Statesman. 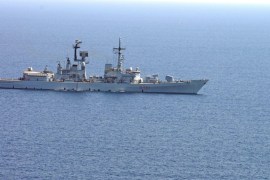 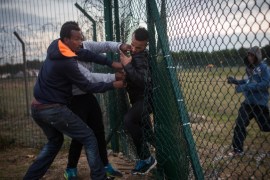 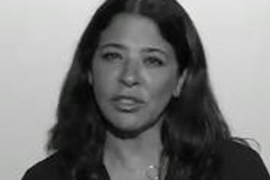 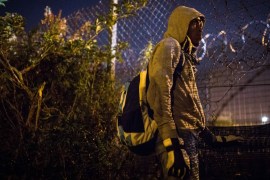 Countries issue joint statement as protests are held in the UK and migrants continue to risk lives crossing Eurotunnel.

Europe is politicising Afghan refugees instead of helping them