The decade-long standoff between the West and Iran, with respect to its nuclear programme, is about to enter a new phase of possible resolution – although the July 7 deadline has been extended to the 10th to reach an agreement. This is the second time a deadline has been missed and there may be a bumpy road ahead.

The permanent members of the Security Council plus Germany have been negotiating with Iran since December 2013 and they arrived at a framework for a final deal last April. It was supposed to be finalised by the end of June, then July 7, and now July 10.

Without delving too deeply into the history of this dispute, I’d like to discuss the implications of the sanctions imposed on Iran by the US and the European Union, which curtailed Iran’s oil exports by more than a million barrels a day (mbd) as early as 2012.

Though Iran has agreed to claw back its nuclear programme substantially and accepted long term surveillance and certification by IAEA, it seeks the immediate suspension of the sanctions, a position that is, so far, not accepted by the West. The US and Europe insist on IAEA certification that Iran has implemented all its nuclear obligations.

While CNN reported on July 5 that a “tentative agreement on language dealing with sanctions relief” has been reached, another sticking point is now on the table regarding the lifting of sanctions on the development of ballistic missiles, a position that the West is unlikely to entertain and is reported to be the reason for the second slippage of the deadline.

Even if a deal is reached on July 10, the US Congress will have 60 days to review the deal and the Republicans – and even some Democrats – are up in arms to derail it or to further delay the lifting of sanctions. The same goes for Iranian hardliners who consider the deal as a capitulation but they will eventually concede whether or not Iran’s Supreme Leader Ayatollah Ali Khamenei approves.

Most analysts express the belief that several months may be needed to gradually recover Iran's production to pre-sanctions level...

Although we do not yet know the exact wording arrived at regarding the easing or lifting of the sanctions, it is difficult to assume that the sanctions will be lifted immediately on signature of a deal. How would this impact the oil market?

Initially, the market may react in a kneejerk fashion, with prices falling by $2 to $3 a barrel, even lower that it likely will in the last few days before the anticipated deal. However, once the market has recovered, estimations would start on how much additional oil Iran can bring back to the market.

According to Roknoddin Javadi, managing director of the National Iranian Oil Company, Iranian exports can come up to pre-sanctions levels within three to six months once a deal with major powers to lift an oil embargo is finalised, he told Reuters.

Iran’s Petroleum Minister Bijan Namdar Zanganeh said Tehran would pump another 500,000 barrels a day within a month of lifting sanctions and up to one mbd within six or seven months. Obviously the Iranians want to put a brave face here after years of sanctions.

Sell at any price

Most analysts express the belief that several months may be needed to gradually recover Iran’s production to pre-sanctions level as the shut in fields may need investment and work to rejuvenate them – albeit, this is speculative because we do not know if the fields were shut during the entire period of the sanctions or if they were operated on lower output or intermittently.

Apart from production, Iran could immediately impact the oil market once sanctions are lifted as it has stored a large volume of oil on its idle tanker fleet. The volume most reported by tanker tracking specialists is 30 million barrels though some quote even 45 million barrels.

Mehdi Varzi, a former official at the National Iranian Oil Co, said: “The first thing they will try and do is offload quite a lot of that storage. [Petroleum] Minister Bijan Zanganeh has already warned OPEC: make room for us. In other words, we are going to sell this oil at any price.”

Of course, this would exacerbate an already glutted market and cause prices to decline further.

Without additional oil from Iran, the market remains over supplied by at least two mbd since OPEC production is over 31 mbd and the call on OPEC crude is closer to 29 million barrels a day.

In its last meeting in June, OPEC decided to keep the production ceiling at 30 million barrels a day in search of a better market share though prices have declined from $110 a barrel in June 2014 to around $60 now.

Therefore any sudden additional supply, especially in large volume, will have untold consequences on oil prices unless OPEC does something to absorb the surplus.

Iran is counting on OPEC to make way for its increased exports. Mehdi Asali, in charge of OPEC affairs at the Iranian ministry of oil, told Iran’s Shana news on June 7: “Those countries that have held Iran’s share of the market should reduce their outputs in order to make the market remain balanced.”

His predecessor Fereydoun Barkeshli even said that “there is no doubt that Saudi Arabia will have to cut back production”.

But there are no signs that OPEC or Saudi Arabia are considering any measures now. I believe that they will wait to see how much additional crude will come on the market and if the market can absorb it with a reasonable decline in prices.

Due to the sanctions, Iran probably lost more than $120 billion of oil revenue and therefore finds it hard to accept a deal that will keep the sanctions in place any longer.

At the same time, the 5+1 ministers are determined to see Iran implement all the stipulated nuclear measures before lifting the sanctions and insist that the sanctions will automatically be reinstated if Iran does not adhere to the terms.

We are indeed living in interesting times.

Saadallah Al Fathi is an oil and gas specialist. He is a former advisor to Iraq’s Ministry of Oil and served as president of the Refineries and Gas Industry Administration (1980-1986). He was also head of the Energy Studies Department at OPEC Secretariat (1986-1994). 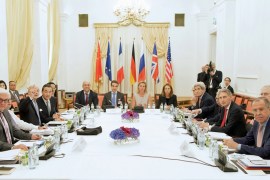 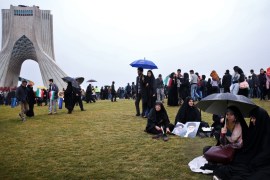 For Iran’s leaders, no deal is better than a bad deal.