History is littered with the corpses of those who lost their lives as a consequence of fanaticism and intolerance. Nero ordered Rome to be set on fire and blamed the Christians for its destruction, many of whom ended up being severely persecuted and executed.

In 1506, more than 5,000 converted Jews were massacred in Lisbon in less than 48 hours after a new outbreak of the “Black Death”, and around 30,000 Huguenots were assassinated in Paris in 1572, in what has gone down to history as the “St Bartholomew’s Day massacre”. The Crusades, the “Holy” Office of the Inquisition, or the Thirty Years’ War are other important chapters of the European horror book of religious atrocities.

However, despite the deep mark left by past atrocities, religious intolerance and violence has continued to devastate large parts of the world during the 20th and 21st centuries. Hatred towards religious minorities is a plague that affects millions of people, who are slaughtered, tortured, displaced or raped simply for their religious beliefs.

Religious wars of the 21st century

The Central African Republic (CAR) is in the grips of its own disaster, the catalyst seen as religious intolerance, where the confrontation between the Muslim group Seleka and the mainly Christian and animist group anti-Balaka is committing serious human rights violations.

This conflict, which started as mainly political, is progressively taking a religious character as there are increasing reports of retaliation killings by the Christian and Muslim populations respectively.

The confrontation began in 2012 when Seleka, an armed organised rebel movement, representing Muslims in the northeast of the country and other groups dissatisfied with then President Francois Bozize, launched a major military offensive. Although the troops were stopped close to Bangui, they seized power in March 2013 and their leader, Michel Djotodia, became president of the CAR.

Theoretically, the Seleka group was dissolved afterwards, but several of its members joined the Central African Armed Forces by decree and it continued operating de facto, expanding its control over the country.

The anti-Balaka group started to fight Seleka forces in June 2013 and attacked Muslim civilians. Seleka retaliated by killing non-Muslims, particularly those of Gbaya ethnicity. Several international organisations and NGOs determined that these attacks against the civilian population constituted international crimes under the Rome Statute.

The UN Multidimensional Integrated Stabilization Mission in the Central African Republic (MINUSCA) has not been able to stop abuses in the country and the CAR is still governed by a culture of impunity that allows atrocities to prevail.

In this renewed episode of religious hatred, thousands of civilians have lost their lives; villages have been burned to the ground and half-a-million civilians have been forced to leave their homes escaping from the fierce eye of blind faith. Once again, the plague of religious intolerance creates rivers of blood that flow “above the ankles”.

However, not all hope is lost. The ICC is currently investigating whether both sides of the conflict have committed crimes against humanity and war crimes, including murder, rape, forced displacement, attacks against humanitarian missions and the use of children in combat.

Humanity has learned something from past religious intolerance, in that the creation of the ICC is intrinsically related to old wars of religion, as they shaped the modern concept of international law, including human rights law.

For example, the Treaty of Westphalia, which put an end to the Thirty Years’ War, is considered by many as the founding act of international law. This religious war had devastated Europe and taken the life of more than three million people, which encouraged European monarchs to inaugurate the principle “whose realm, his religion”. This principle, base of the modern concept of sovereignty, sought to finish all religious hostilities between Protestants and Catholics.

Moreover, wars of religion are essential in understanding the development of the concept of “human rights”. As a matter of fact, Voltaire’s Treatise on Tolerance or Locke’s Letter Concerning Toleration, which specifically call for religious tolerance and condemn fanaticism, are significant precursors of the 18th century concept of human rights.

This concept of human rights, so intrinsically linked with religious tolerance, respect of minorities and freedom of worship, revolutionised international law in the 20th century and fostered the development of international mechanisms to collectively address situations of fanaticism and religious violence.

It should support the development of the Special Criminal Court, the new hybrid tribunal established by the CAR’s transitional parliament to prosecute crimes against humanity committed in the territory. This tribunal, composed of both national and international judges will complement the activities of the ICC and bring justice closer to CAR’s citizens, who are the direct victims of the conflict.

Today, in a world surrounded by religious fanaticism and violence, more than ever it is necessary to recover Voltaire and Locke’s spirit of respect and tolerance and help create societies where men of all faiths could live in peaceful coexistence. 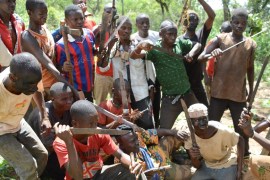 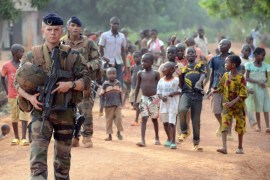