Two months to the day since the first earthquake struck Nepal, the representatives of foreign governments and multilateral agencies, such as the World Bank, are gathering in Kathmandu on Thursday, for a donor conference to help fund the country’s recovery.

While they struggle to fix upon a plan, the humanitarian situation beyond the city is desperate. Millions of people, who lost their mountain homes, are now huddled in the monsoon. Some have received no relief aid, and many have received very little. The tarpaulins and plastic sheets they’ve been given for shelter are utterly inadequate.

Much has been said in the past two months about the failures of the relief operation: the widely alleged misuse of resources, the undue delays and inefficiency, the lack of any workable plan, the lack of data. The government and the international agencies have tried to blame one another, while public opinion blames them both.

If only the solution were simply to spend more money. Nepal’s foreign friends would be far more willing to hand over the dollars which are sought, and the government (which already has more money than it can spend) would have the situation under better control.

A problem without an answer?

But the situation is that there are deep problems in the relationship between the government and the donors, and in the way they have jointly tried to deliver “development” in the past. Everyone who is sincerely grappling with this conundrum deserves great sympathy and consideration.

What to make, for instance, of the tussle between the finance ministry and the National Planning Commission (NPC) over institutional arrangements? The NPC thinks that reconstruction should be managed by a specially empowered government mechanism operating through regular ministries (such as health and education), to avoid the risk of establishing a multibillion dollar parallel administration, with all the chaos that could entail. The finance ministry, pointing out that the ministries can’t even spend the budget they’ve already got, wants to establish a parallel reconstruction authority.

It looks like they’re both right. The donors will have a hand in whatever ungainly fix is finally agreed upon, and then – despite the evident lack of trust and belief among all concerned – they’ll put their money into it. India and China, whose aid increasingly outweighs the Western donors’ and the multilaterals’, will pour in funds for their own strategic reasons.

One great fear is that whatever emerges will closely resemble the failed arrangements that came about the last time the internationals and the government put their heads together to fund national reconstruction – after the Maoist insurgency ended in 2006.

One programme, supposed to fund local infrastructure, was known as the Local Government and Community Development Programme (LGCDP). Although some donors cling to the idea that this was a success, the more common view was expressed by an international employee like this: “Three hundred fifty, four hundred million dollars! We have no idea where it went.”

The problem was that committees of local politicians known as All Party Mechanisms (APMs) divided the money among themselves. Since the earthquake, the LGCDP has again been used to distribute donor money to affected villages, and there is government talk of expanding APMs on a massive scale.

Then there was the Nepal Peace Trust Fund (NPTF), into which donors poured hundreds of millions to compensate victims of the conflict and rebuild destroyed infrastructure. Again, due to political interference, the money went to the wrong people; and though the infrastructure money is gone, the infrastructure wasn’t all rebuilt.

One result of such failures is not to strengthen the country, but to fund the political corruption which keeps it weak.

By coincidence, on the eve the earthquake, most of the donors withdrew from the discredited NPTF. Characteristically, they gave no explanation. There has been no thorough public evaluation of how these giant schemes worked, or failed to work. It’s not clear that any lessons have been systematically learned. The donors’ typical public position was to deny reports of problems, and then maintain a stony public silence as the evidence mounted.

“Now it’s going to be the same all over again, but worse,” moaned a senior foreign official.

The government has also missed chances to reform. A nine-year peace process now appears to be drawing to an end. A new constitution was supposed to “restructure” the state, to resolve “the prevailing problems related to class, ethnicity, regional and gender differences”, and ensure “democracy, peace, prosperity … economic and social transformation”. But reforms have been resisted by those in power, and few changes have occurred.

In this discouraging situation a perfect outcome is clearly not possible. The primary responsibility obviously lies with the government – especially since it worked so hard to control all aspects of relief operations, to the point of thwarting the efforts of others.

Much of the money used will come from national revenues, not the donors.

Nevertheless, there are things the donors can do to help make the recovery as successful as possible. They should recognise that only a close study, and frank evaluation, of Nepali experience can usefully inform their policy, not generalised “lessons” from other countries.

An obvious conclusion would be to scrap the cascading layers of administration used in the LGCDP, and perhaps keep local politicians occupied with separate funds to manage. They should also be less afraid to question whether the distribution of their resources discriminates against certain castes and ethnic groups – however much the government might protest that this is too “sensitive” to acknowledge.

They should demand far greater openness and transparency, not only of the government but of themselves, for how every dollar is spent. All payments should be promptly disclosed online, in full detail.

There should be a continuous, public process of evaluation built into programme design, with robust provisions for the public and civil society to seek answers and publicise issues.

Attempting meaningful accountability wouldn’t make life easy for those in authority, either on the “national” or the “international” side of the equation. But it might at least mean that the coming massive influx of funds helps promote democratic practices and the public interest, rather than strengthening the opaque networks of patronage and resource extraction which work to defeat those ends. 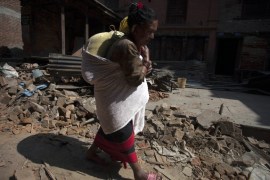 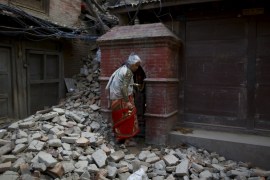