I hear the war in Afghanistan is over.

This war was supposedly the reason I remained trapped, rotting in this endless horror at Guantanamo Bay. I write this letter today to ask, if this war has ended, why am I still here? Why has nothing changed?

Amid falling bombs and mass hysteria, I fled Afghanistan for safety when the US launched its military operations in 2001. I was abducted despite never fighting against the United States, was sold into US military custody, and then imprisoned, tortured, and abused at Guantanamo since 2002 without ever being charged with a single crime.

I protest this injustice by hunger striking, refusing food and sometimes water. One of Guantanamo’s long-term hunger strikers, I am a frail man now, weighing only 96 pounds (44kg) at 5’5″ (1.68m).

Recently, my latest strike surpassed its second year. My health is deteriorating rapidly, but my intention to continue my strike is steadfast. I do not want to kill myself. My religion prohibits suicide. But despite daily bouts of violent vomiting and sharp pain, I will not eat or drink to peacefully protest against the injustice of this place. My protest is the one form of control I have of my own life and I vow to continue it until I am free.

I remain on lockdown alone in my cell 22 hours a day. Despite my condition, prison authorities unleash an entire riot squad of six giant guards to forcibly extract me from my cell, restrain me onto a chair and brutally force-feed me daily. They push a thick tube down my nose until I bleed, after which I vomit.

This gruesome procedure may not be written about so much any more, but it remains my everyday reality. It is painful. And it is bewildering. How can I possibly resist anyone, let alone these men? Hunger striking is a form of peaceful and civil disobedience. It is not a crime. So why am I being punished? Why not humanely tube-feed me instead?

My time here has been ridden with unanswered questions. Two years ago, as I attempted to pray, a sudden raid was ordered and a guard deliberately shot me without warning or provocation. Once again, I was not resisting. So why did he shoot? My clothes, torn, were soaked in my own blood. I want the government to ask the guard who shot me to account for his actions.

I began to wonder if shooting without any provocation is legal in the US. But now I realise that US police officers get away with ruthlessly killing black people all the time.

I wonder now if the US follows any rule of law at all: the Geneva Conventions or even its own Constitution. Where is the freedom and justice for all that it so proudly boasts to the world?

For us at Guantanamo, this place is not fit for any living, breathing, human being. The US seems to want to smother us, to kill us slowly as we are left in a vacuum of uncertainty wondering if we will ever be free.

I have lived the past 13 years in this despair, at the cost of my dignity, paying the price for the US government’s political theatre. Meanwhile, little has changed for the 122 men remaining at Guantanamo.

The world may turn a blind eye and find this number small. But for each of us here, the cost of our indefinite and unfair imprisonment is beyond immeasurable. Our families have lost fathers, brothers, husbands, and sons to this hell on earth. Many of us have unnecessarily lost over a decade of our already short time in this world, yearning to be free again.

Moath al-Alwi is a Yemeni national who has been in US custody since 2002. He was one of the very first prisoners moved to Guantanamo, where the US military assigned him the Internment Serial Number 028. 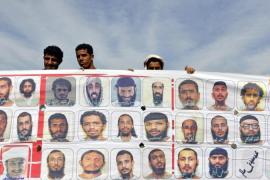 A letter from Guantanamo: ‘Nobody can truly understand how we suffer’

Moath al-Alwi describes the humiliating and brutal treatment he suffers at Guantanamo. 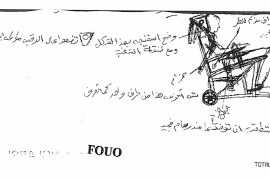 President Obama’s renewed vow to release the prisoners have led some to abandon their hunger strike.

My life at Guantanamo