For some progressives, the new Israeli cabinet is cause for, well, if not exactly optimism, then at least a small chink of hope. That lies in the idea that, given the make-up of Benjamin Netanyahu’s new, alarmingly hard-right coalition ministers, the mask is truly off. There can be no ambiguity over Israel’s intentions when you look at some of these officials.

There is the new justice minister, Ayelet Shaked, from the settler-boosting Jewish Home party; the woman who, during last year’s deadly assault on Gaza, penned a Facebook post asserting that killing all Palestinians – yes, even non-combatants and children – was OK. This new justice minister also thinks that the Israeli Supreme Court – which, as in any democracy, is there to keep the legislature in check – has too much power and wants to curtail it.

Meanwhile, the head of Jewish Home, Naftali Bennett, is now minister for education – he thinks the occupied West Bank should be annexed and he wants to push religious Zionist values into Israeli school curriculum.

And then there’s Tzipi Hotovely, from Netanyahu’s own Likud party, who is the new deputy foreign minister. Her first speech in that capacity, aimed at meddlesome international diplomats, urged Israel to start standing up for itself.

“We need to return to the basic truth of our rights to this country,” she said. “This land is ours. All of it is ours. We did not come here to apologise for that.”

If you want more examples, Israeli journalist Ami Kaufman has put together a sombre but humorous compilation of the alarming things that Israel’s new cabinet members have said and done – which is sure to make you laugh, or cry; or both.

But the theory, for those who feel some small hope about all this, is that an Israeli government that is so openly, blatantly against a two-state solution is in some way less damaging than a government that pays lip-service to the idea. Imagine if the centrists Isaac Herzog and Tzipi Livni – both from the Zionist Union – had led a coalition?

The zombie peace talks might then have been revived, with an Israeli side seemingly willing to maintain the charade of seeking to reach a negotiated solution with the Palestinians, while deepening its grip on the occupied West Bank and East Jerusalem, and maintaining the siege of Gaza. Things would get worse on the ground while desperately revived two-state solution talks would go nowhere.

Now, with a government that has almost entirely rejected the idea of an independent Palestinian state, the international community cannot hope to resuscitate the long-dead peace process.

So if that’s the case, what might US policy in the region shift to, instead? The glass-half-full types point to a change in tone, emanating from US President Barack Obama.

Speaking to the Atlantic, the US president noted that there were likely to be “foreign policy consequences” to Netanyahu’s panic-mongering about Israel’s 20 percent Palestinian population going to the polling booths “in droves” on election day.

But Daniel Levy, head of the MENA programme at the European Council for Foreign Relations, says the idea that the international community will change its stance because of an intransigently hardline Israeli coalition is premised on a spurious premise.

“The embedded assumption there is that the Americans or Europeans are chomping at the bit to have a fight with Israel, rather than the opposite, which is that everyone is bending over backwards because they don’t want to have that fight,” he says.

By this analysis, the preference is to carry on as usual, to find ways around this overtly uncompromising Israeli government, rather than to actively challenge it. Certainly that chimes with decades of US and European policy in Israel and across the region: A preference for stability and strategic interests over promoting values such as human rights. A swift glance towards Egypt and support for the human-rights-crushing President Abdel Fattah el-Sisi would confirm that.

And certainly, there are interests to preserve: There are sufficient EU member nations benefiting from bilateral trade relationships with Israel – gaining intelligence cooperation, say, or defence technology – to make any boat-rocking, at an EU-bloc level, an undesirable scenario.

And meanwhile for the US, Israel is its most dependable ally in the region and a supplier of highly developed military equipment (thoroughly road-tested on the Palestinian people). The deep, solid foundations of this crucial relationship are explored by Moshe Machover, cofounder of the Socialist Organisation in Israel and philosophy professor at King’s College, London, in this piece, which concludes that a rupture in US-Israel relations is far from imminent.

For those still stubbornly seeking optimism, however, it lies in the idea that civil society efforts might now gain traction, given an Israeli government that is so unambiguous in its intent. Writing in the New York Times, Yousef Munayyer, executive director of the US Campaign to End the Israeli Occupation, notes: “The biggest losers in this election were those who made the argument that change could come from within Israel. It can’t and it won’t.”

Part of the push for various EU countries to recognise the state of Palestine was done by lobbying ministers by populations that were horrified by Israel’s last assault on Gaza, last summer, during which 2,200 Palestinians were killed, and over 10,000 injured.

Indeed, in the UK, politicians said that they voted last year for the parliamentary recognition of a Palestinian state in part because they’d received such huge mailbags in support of the issue. Popular campaigns, in other words, can change government policy over Israel and the Palestinian territories.

With the door, post-election, so evidently slammed shut on the possibility of change from within, there is now a strong chance that civil society campaigns might start to significantly grow. 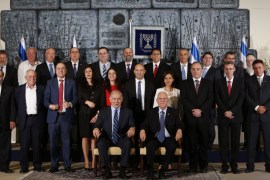 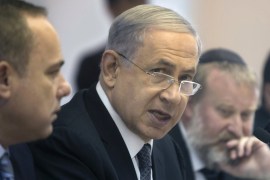