On the night of June 4, the Plaza Mayor of Lima was lit up with lights and colours, as the sounds of zapateo and cajon resonated through the public square in celebration of National Afro-Peruvian Culture Day .  Thousands of revellers sampled Afro-Peruvian dishes, and took in performances by groups like Grupo Esencia Negra and Cosa Nuestra.

Throughout June, the Peruvian government is promoting the Month of Afro-Peruvian Culture, with cultural activities and conferences to “make visible”, domestically and internationally, the historic contributions of Afro-Peruvians.

In early June, Minister of Culture Diana Alvarez-Calderon submitted a dossier to UNESCO requesting the world body to include the Afro-Peruvian dance “Hatajo de Negritos y las Pallas” to its list of Intangible Cultural Heritage of Humanity in Need of Urgent Safeguarding.

The efforts by the Peruvian government to recognise Afro-Peruvian history have divided Afro-Peruvian activists. The activists who support these cultural initiatives argue that for a country like Peru, whose international image is mainly tied to its Inca past and to Machu Picchu, celebrating its African heritage is a very positive development.

Yet others claim that such cultural concessions and symbolic gestures do little for Peru’s deep racial inequalities, and that celebrating the achievements of mainly Afro-Peruvian musicians and athletes only reinforces stereotypes.

“African culture permeates every realm of Peruvian life – music, dance, cuisine, art – but it’s generally black Peruvians performing their culture for consumers to enjoy,” says Monica Carrillo, of the Lima-based human rights organisation LUNDU. “With this month, the government is publicly recognising and institutionalising the contributions of Afro-Peruvians.”

The Peruvian government first began celebrating the month of Afro-Peruvian culture in 2006 – with June 4 being the centrepiece, in honour of the birthday of renowned Afro-Peruvian writer, poet, and musician Nicomedes Santa Cruz.

In November 2009, Peru became the first Latin American country to apologise to its citizens of African descent for a history of oppression.

“We extend a historical apology to Afro-Peruvian people for the abuse, exclusion, and discrimination perpetrated against them since the colonial era until the present,” read the statement issued by the government of Alan Garcia.

But it was only when Ollanta Humala became president in 2011, having campaigned on a platform of “social inclusion for all”, that the M inistry of Development and Social Inclusion was established, and that the government began to explicitly address the plight of Afro-Peruvians.

In July 2011, Humala named the Grammy-winning singer Susana Baca as minister of culture, making her the first black Peruvian to enter the cabinet.

Yet the more left-leaning Afro-Peruvian activists are quick to point out that the historic apology of 2009 makes no mention of slavery – and that Baca only lasted five months in her position as minister.

Moreover, note these leaders, the recognition of Afro-Peruvian historical memory does little to address the poverty and discrimination facing black Peruvians today.

As Cecilia Rodríguez, who runs the Center for the Development of the Black Woman in Peru, has stated “the hardest thing about being black in Peru is seeing how children are discriminated against” as “blacks are associated with all that’s bad and negative”. Afro-Peruvian activists say racism is an everyday reality.

Just last month, a racial incident in Peruvian football made headlines across Latin America, when Jhoel Herrera, a black player for Real Garcilaso, was the target of racial epithets, and his mother was physically attacked when she attempted to defend her son.

Carillo, whose group, LUNDU, tracks hate crimes and negative portrayals of black Peruvians in the media, agrees that since the apology, the government has not followed through with substantive policies.

“We lobbied President Garcia to make racial slander punishable by law – and he agreed, and Congress supported the measure – yet one hour before leaving office he changed his mind and refused to sign the bill saying, the law was not a good idea because ‘racism is subjective’. If the law can sanction defamation and calumny, why not racial slander as well?”

Afro-Peruvian advocates have found some success in other areas however. Over the last decade, anti-racism activists have been protesting a blackface character called Negro Mama who appeared on a weekly entertainment show called “The Humour Special” broadcast by Frecuencia Latina.

Thanks to the legal campaign led by LUNDU, a Peruvian court in November 2010 demanded that the channel apologise to Afro-Peruvians for such demeaning representations. In August 2013, the government fined the channel $27,000 for continuing to broadcast skits of Negro Mama – the offensive character has since disappeared from Peruvian television.

Peruvian officials concede that inequality is a serious problem. In 2011, the country’s Ombudsman Office stated that Peru’s citizens of African descent were in a state of “vulnerability, deferment, and invisibility”, which adversely affected their health, education, and human rights.

The World Bank would, in a subsequent study , make similar observations that an estimated 70 percent of the country’s three million Afro-Peruvians do not seek medical attention for fear of discrimination. An estimated 27 percent suffer from chronic health problems; and in the city of Piura, for example, a quarter of black Peruvian children are not enrolled in school. Likewise, half of Afro-Peruvians polled say they have been insulted at least once on the street, 40 percent have felt discriminated against in their workplace or in shops.

Since Humala came to power, Afro-Peruvian organisations have been pushing the government to collect racial statistics to find out how many Afro-Peruvians there are, and to measure economic disadvantage more accurately. The last time the Peruvian national census tried to count the Afro-Peruvian community was in 1940.

In early 2014, the Ministry of Culture and the Ombudsman’s Office undertook a test survey of 3,000 Afro-Peruvian homes asking questions about income and levels of education, and how respondents self-identify (as moreno , zambo or negro ) – hoping the data generated would help shape the 2017 National Census form and produce new policies.

In response to pressure from Afro-Peruvian organisations, government-supported health centres across the country will also begin including race identification questions in their patient forms, to better measure health disparities.

“We have to be counted on the census – both Chile and Panama have already introduced race categories, now it is Peru’s turn,” says Carillo, “Our next challenge is to get the government to collect and make public racial data on violence against women.”

The debate continues among Afro-Peruvian activists over how best to address their community’s predicament, but this month, people are celebrating black Peru’s dazzling cultural patrimony. The Ministry of Culture has honoured three Afro-Peruvian figures for their achievements: literary scholar Milagros Carazas, musician Santiago “Coco” Linares, and photographer Martin Alvarado.

And, on June 11, the government declared the northwestern town of Zana – known for its vibrant Afro-Peruvian culture – a Living Repository for Peru’s Collective Memory. 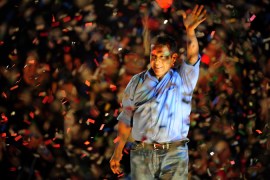 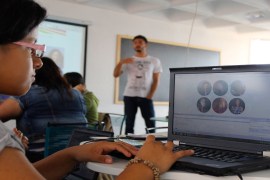