Days after allegations were first made that Australian officials paid people smugglers to turn a boatload of asylum seekers away from Australia, Prime Minister Tony Abbott seems to be basking in the swirling media storm.

Despite withering condemnation from the international community, an urgent “please explain” from the United Nations and a further escalation of tension with Indonesia, Australia’s prime minister seemed assured, even revelling in the fiery parliamentary debate held on Monday. Turning his back towards opposition politicians as they probed him and his senior colleagues, the prime minister’s confident smile showed a man who believed he was untouchable. In Australia, being tough on migrants has proved to be an effective political point scorer.

During parliamentary question time, the last time Abbott must face parliament before the long winter hiatus, the prime minister did not look like a man under pressure. Question after question was deflected with Abbott and his colleagues refusing to confirm or deny the payments, alleged to be $5,000 to a boat captain and several crew members.

“The only thing that matters,” he said, “is that the government has stopped the boats.”

His conservative coalition government considers border security as its strength and they’re betting that the majority of Australians don’t care how the boats are stopped, so long as they stop.

But the government now risks an incredible own goal. The Australian government is providing smugglers with a lucrative new business model.

By refusing to rule out payments, thrifty human traffickers must be rubbing their hands with glee by the prospect of “double-dipping”. Get paid twice – once when you charge your desperate human cargo and again when you’re intercepted by Australian officials.

To be clear, without government confirmation, we cannot be sure that any payments were made. United Nations officials and the Indonesian government report that asylum seekers told them that payments were made. But what is astounding is the government feels it does not need to offer an explanation to what could amount to the payment of bribes that may breach both domestic and international law.

If the payments are confirmed, has the Australian government, by crossing the line and paying human traffickers to return their human cargo to a sovereign nation, entered the very business it so despises – the business of human trafficking?

Behind this display of political bravado lies deeply troubling questions about a government that no longer feels it has to account to anyone for its actions.

Who can call a government to account when they refuse to answer questions and remain so undaunted by the outrage of their closest neighbour and the international community? Is there any measure that Australia won’t steep to? It seems anything seems possible and even palatable in the ongoing effort to stop the boats.

Abbott’s government introduced new and harsher measures against migrant arrivals when it came to power in 2013, plunging Australia’s migrant policy into a murky world of secrecy.

Offshore processing centres on the pacific islands of Nauru and Papua New Guinea were opened with little or no opportunity for oversight. Migrants arriving by boat are now detained and subjected to harsh conditions with no chance of settlement in Australia, even if they are deemed to be genuine refugees.

Only one boat laden with refugees has reached the Australian mainland since December 2013. Before the new secretive measures were introduced, boats were arriving almost daily, with hundreds drowning en route. It is this loss of life that the government continues to invoke when it chooses to put a humanitarian spin on its increasingly harsh policies.

Australia seems immune to the foreign policy implications regarding its fragile relationship with Indonesia and about the message it sends to its regional neighbours such Thailand and Malaysia, countries also grappling with increasing numbers of migrants.

The Australian ambassador to Indonesia, Paul Grigson, had only arrived back in the country days earlier after being recalled by Canberra after the killing of two convicted Australian drug smugglers in April, when this latest issue came to light.

In uncharacteristically undiplomatic language, Australia’s foreign minister, Julie Bishop, caused further outrage when she suggested in an interview with The Australian newspaper that Indonesia was to blame for failing to properly manage its borders.

Indonesia’s vice president, Jusuf Kalla, retorted, saying Australia would be acting like a smuggler if the allegations proved to be correct: “People who bribe, that is already wrong … Wow, a state bribing, that certainly doesn’t fit with the correct ethics in state relations.”

In the ongoing battle, what’s lost in the political to and fro is that the commodification of human lives has become a policy issue in which political points are won and lost. What’s forgotten is that the boat contained children, at least one pregnant woman and more than 60 people fleeing for a variety of reasons that may now never be determined. What awaits them at their next stop is uncertain.

Tony Abbott says the boats must to be stopped “by hook or by crook” and it seems all options will remain on the table. For now, it’s a fight he wants to have and it’s a fight that he’s very confident that he can win. 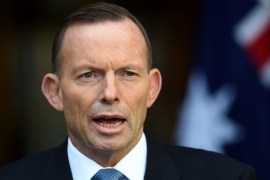 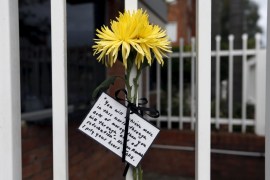 Many Australians view Indonesia as a potentially hostile country.