It has been described as Hollywood’s “most controversial racial miscasting” – although it’s really just the latest in a long list. The casting of fair-skinned, blonde actor Emma Stone, as the quarter-Hawaiian, quarter-Chinese protagonist in the film Aloha prompted such media scorn that its director, Cameron Crowe, eventually apologised for it.

“I offer you a heart-felt apology to all who felt this was an odd or misguided casting choice,” Crowe posted to his website last week. Aloha, just released in the US has so far been a box-office flop.

The film is set in Hawaii and, alongside Stone, features mostly Caucasian actors, despite the fact that Asian-Pacific Islanders make up the majority of this state’s population. Such comprehensive “whitewashing” drew criticism from the Media Action Network for Asian Americans, which said the film “uses Hawaii for its exotic backdrop, but goes out of its way to exclude the very people who live there”.

Hollywood, as countless commentators have already noted, has a bit of a rubbish track record for diversity casting. Several such movies have been clocked by historian Alex von Tunzelmann, who regularly critiques films for accuracy. There’s John Wayne depicting the warrior-founder of the 12th century Mongol empire, Genghis Khan in The Conqueror in 1956.

Or Laurence Olivier as the self-proclaimed Sudanese Mahdi, Muhammad Ahmad, in Khartoum. That was released in 1966 which was still, apparently, too soon for the cinema industry to recoil at the racist horror of having actors perform in blackface. (And Olivier did the same blacked-up shtick to, preposterously, play Othello just the year before.)

There’s also a history of white actors playing Native Americans, just one of many offences, terrible stereotyping and misreadings propagated by the Western movie genre. So that’s how we got Burt Lancaster in 1954’s Apache, or Audrey Hepburn in The Unforgiven, released in 1960. When Chuck Connors was cast as the eponymous Apache resistance movement leader in 1962’s Geronimo, it was so ludicrous that comedian Charlie Hill said it was “like Adam Sandler as Malcolm X”.

I can't mount a film of this budget, where I have to rely on tax rebates in Spain, and say that my lead actor is Mohammad so-and-so from such-and-such. I'm just not going to get it financed.

Look, there’s just too many more examples. Elizabeth Taylor as Cleopatra. Mickey Rooney as the terrible Japanese caricature Mr Yunioshi that ruins Breakfast at Tiffany’s. Jake Gyllenhaal, of Swedish-English descent, as the Prince of Persia. Angelina Jolie in dark make-up and curly wig to portray Marianne Pearl in A Mighty Heart. Ben Affleck playing the Hispanic CIA operator Tony Mendez in Argo. The white cast playing Middle East characters in this year’s Bible epic, Exodus: Gods and Kings. We could go on, but suffice it to say that it’s a really, really long list.

Meanwhile, Hollywood, an overwhelmingly white, male industry is still using the same blame-avoiding get-out card as the reason for it being so rubbish at diversity.

This is what Ridley Scott, director of Exodus: Gods and Kings, told Variety, about his decision to cast white actors in all the key roles: “I can’t mount a film of this budget, where I have to rely on tax rebates in Spain, and say that my lead actor is Mohammad so-and-so from such-and-such. I’m just not going to get it financed. So the question doesn’t even come up.”

You see, colour- and accuracy-aware directors really want to cast more Mohammads, but the budget-allocators just won’t have it. The distorted feedback-loop logic of this operational premise is pretty obvious, right?

You won’t get talented, blockbuster-status stars of colour if you never cast talented actors of colour in big roles to begin with because, well, that’s how fame works.

York has countless anecdotes of non-white actors being told that audiences “won’t be able to relate” to them; while as a scriptwriter, he has found that directors give him lists of “nice, middle-class white actors” to play characters whom he specifically stated could be of any ethnicity.

This issue goes far beyond creating an equality of opportunity for a diversity of actors – although obviously that’s a big enough reason to insist on change: After all, why would a young, non-white actor even bother to pursue a career in this profession, when the odds are so blatantly stacked against them?

The trouble with such ubiquitous use of white actors to portray non-white people is the disturbing distortion of reality it creates. If it’s always non-diverse actors that turn up in big roles, then it somehow pushes the idea that only white is talented. And then there’s the staggering elimination of non-white voices, history, or agency.

As von Tunzelmann puts it, this narrow white-casting “contributes to and perpetuates the idea that people of colour don’t really exist, certainly not as heroes and not even in their own stories”. It should go without saying that movies have a major influence when it comes to shaping perceptions of humankind, history and reality – and that this is one staggeringly obvious reason that diversity casting really matters. But here we are, still having this conversation about the paucity of diversity in Hollywood and wondering how hard it can be to cast beyond the white gene pool.

When Crowe apologised for the white-centricity of his Hawaii movie, Aloha, he also promised to bring more racial diversity to his future films

Let’s hope he puts that pledge into practice – and that he, along with his currently whitewashing industry, realises how far we still have to go. 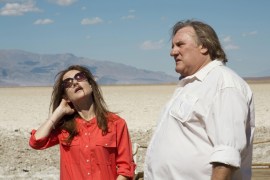 This year’s Cannes showed us a world where redemption has become an old forgotten concept. 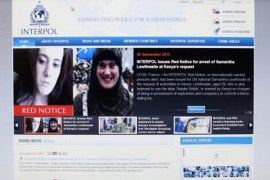 The White Widow and other arch-villains

Mythologising terrorists obscures an unpalatable truth: that they are just people.