The recent decision of the US Supreme Court on Jerusalem was a constitutional no brainer. A president’s prerogative to make foreign policy – in this case the Obama administration’s authority to maintain the long-standing US policy refusing to recognise Israel’s claim to sovereignty in Jerusalem, whether East or West – is almost as old as the US itself.

Those who argued against this long-standing practice, dating to the presidency of George Washington himself, hoped to use one branch of the US government – the justices of the Supreme Court – to endorse an attempt by another branch – Congress – to impose its authority at the expense of the power of the White House.

Supreme Court decisions such as this one, however, are not simply exercises in constitutional exegesis. They also are part of larger battles fought across a broad political and legislative landscape. In this case, the back door attempt to compel US recognition of Jerusalem as Israel’s capital failed. Not only failed but backfired.

Instead of changing US policy, support to the plaintiffs provided by a vociferous pro-Israel lobby only succeeded in reaffirming the ongoing US refusal to formally recognise Israel’s control over Jerusalem.

“The massive effort to use [the] passport petition for recognition of Israel’s capital only made things worse,” wrote Haaretz correspondent Chemi Shalev. “If you had not known until now that Israel’s greatest ally refuses to recognise its sovereignty over its capital in whether East or West Jerusalem, you’re certainly aware of it now.”

The battle for control over Washington’s Jerusalem policy is only one element in a dynamic, complex and wide-ranging relationship between Congress and the presidency over the conduct of US foreign policy generally.

Congressional interest in and support for Israel and the tension with the White House created by its efforts predates the establishment of the state itself.

As early as 1944, members of Congress considered resolutions declaring US government support for the establishment of a Jewish state in Palestine. This policy-making effort was opposed by the Departments of War and State as an unnecessary distraction from the war against Germany and Japan and in recognition of Arab opposition to the creation of a Jewish state. The resolutions never came up for a vote.

This natural contest between the White House and Congress for pre-eminence in the making of foreign policy on Israel-Palestine has been a constant feature of Washington life in the decades that followed.

Congress, with its 535 members, is meant to reflect the broad array of interests of the public as well as of what have become known as “special interests” – organised factions from cat fanciers to supporters of Israel – that lobby for congressional attention and support of their myriad agendas.

For many members of Congress it is enough simply to be seen by their constituents and cash-rich lobbyists who are important sources of political support and election financing as supportive of their particular agenda. Congress is often less concerned with managing the outcomes or indeed whether their preferences are recognised as laws.

It is frequently content to make what are, in fact, empty declarations – supporting Jerusalem as Israel’s eternal undivided capital or in this recent case to demand that the US state department – recognise Jerusalem as part of Israel, comfortable in the knowledge that more responsible heads in the White House will prevail.

In this way, Congress shows itself as responsive to the concerns of its most vociferous and well-organised lobbies and financial supporters – Israel’s partisans foremost among them – while deferring to the White House on the the actual implementation of such policies.

The president retains tremendous power to control the nation’s foreign policy, as the Supreme Court just ruled. Congressional support for Israel notwithstanding, Dwight Eisenhower, concerned with the strategic implications of the tripartite aggression of 1956, compelled Israel, along with cold war allies France and Great Britain, to retreat from territorial conquests in Egypt and Sinai during the Suez War.

Today, Congress is seeking to constrain the president’s ability to negotiate a nuclear deal with Iran – policies that are in concert with and in some cases even inspired by Israeli Prime Minister Benjamin Netanyahu’s opposition to US President Barack Obama’s effort.

Obama, like Eisenhower before him, is faced with the test of defying the preferences of Israel as well as its supporters in Congress in pursuit of what Obama himself believes is a strategic imperative for the United States.

Nevertheless such tensions between the executive and legislative branches are conducted in the context of wide bipartisan aggressive support for Israel. The president and his opponents each claim to have Israel’s best interests at heart.

Even the unprecedented decision of the Republican majority to invite Netanyahu to address a joint session of Congress earlier this year, in complete disregard of protocol and precedent, fits into this template.

Since the 1960s, both the president and Congress have cooperated to establish vital economic and military support for Israel, which has been the foremost recipient of US assistance for decades.

This strategic partnership is a core US foreign policy value, shared “across the aisle” in Congress and by successive administrations, Democrat and Republican alike.

The president may have been insulted by Netanyahu’s acceptance of the invitation from Congress. He certainly doubts the wisdom of Israel’s occupation.

But insightful observations about the perilous direction of Israeli policies are one thing; hard-nosed decisions that change the existing nature of support for Israel something else entirely.

In recent years, Israel’s governments have moved to the right, and as a consequence so too has the policy agenda of its US supporters in Congress.

The issue driving their concerns has not been to do less for Israel, but rather how much more to do – from aid to absorb Russian immigrants to the financing of Israel’s Iron Dome anti-missile system.

Congress’ efforts to dictate US policy on Jerusalem may have come up short. But “compensation” for a deal with Iran – measured in billions in aid and advanced military hardware – is a language both the president and Congress, whatever their differences about Israel, understand only too well. 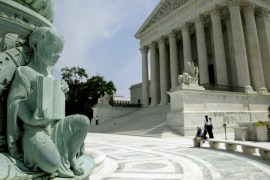