In the weeks following the 9/11 attacks, the US Congress passed the “Uniting and Strengthening America by Providing Appropriate Tools Required to Intercept and Obstruct Terrorism Act of 2001”, more commonly known as the USA PATRIOT Act, or just simply the Patriot Act, which then-President George W Bush immediately signed into law.

It was controversial then, particularly due to its broad electronic surveillance provisions, and is even more so now in light of the 2013 Edward Snowden revelations that publicly exposed not only how much data the US government was actually collecting, but from whom.

Last night, three major provisions of the Patriot Act expired following a long, drawn out political battle that saw the unlikeliest of allies.

The first and most controversial of those provisions was Section 215, which allowed the National Security Agency (NSA) to collect and store bulk telephone metadata on millions of Americans who weren’t even suspected of terrorism or any other crime.

Metadata is all the information surrounding a telephone call, minus the audio portion or actual conversation. It includes the caller’s number, the receiver’s number, the date, time and duration of the call, and where it actually originated from in the case of mobile phones.

For the NSA, metadata can be used to connect the dots in terrorism investigations that traditional surveillance methods may miss. Fair enough. But the argument that it needed to be collected on every American cell phone in order to be effective – without a court authorised warrant – is what made it so controversial. Nothing conjures up fears of “Big Brother” for Americans more than the perception of unwarranted government surveillance.

The other two provisions were not quite as controversial. One dealt with “roving wiretaps” to track terror suspects who frequently change phones and email addresses in order to evade law enforcement monitoring. That provision allowed law enforcement to continue using the same court order to intercept communications from multiple devices instead of obtaining a new one each time a suspect changed phones or email addresses.

The other dealt with an exception made for “lone wolf” terror suspects not directly tied to a foreign terrorist organisation – as required in order to use any of the Patriot Act tools – but share their ideology and are oftentimes inspired by them.

For once, two diametrically opposed groups in Washington – the liberal arm of the Democratic Party and the conservative Republican Tea Party wing – are actually on the same side of this political hot potato. Both are adamantly opposed to all or most of the Patriot Act provisions, calling for major reforms that would significantly curtail or even end it.

From a strict privacy standpoint, opponents of the NSA’s bulk data collection argue that even without the actual audio portion of collected calls, the government can glean sensitive information of a personal nature on every American that would be subject to potential abuse.  Multiple calls made by someone to a medical or mental health specialist could indicate a very private health condition.

Likewise, repeated late night calls between a married person and someone else could indicate an extramarital affair. For privacy advocates, the possibilities for government abuse are unending. In fact, Senator Rand Paul, who has made his opposition to government surveillance laws the centerpiece of his 2016 presidential bid, recently declared: “I will force the expiration of the NSA illegal spy programme.” And that’s exactly what he did last night.

On the other side of the argument are both Republicans and Democrats who are just as vehemently opposed to any reform whatsoever, particularly in light of a growing threat against the US by ISIL-inspired “lone wolves”. The problem for those opposed to any changes in the law is that the NSA has yet to show any evidence – even in closed testimony before Congress – that bulk data collection has ever prevented a terrorist attack in the first place.

Reality, compromise, and the way forward

No doubt, the rhetoric is overly pitched on both sides. Supporters warn of a looming crisis with devastating consequences as the US goes “black” with the lapse in Patriot Act coverage, while opponents make claims of fear mongering.

In reality, it’s not as dire as Patriot Act supporters assert. Yes, the NSA’s bulk data collection programme has ended, at least for now. And while the FBI can continue their “roving wiretaps” for existing terrorism investigations, new cases will require individual court orders, again, at least for now.

As for the third expired provision – the exception for using Patriot Act tools to track “lone wolf” terror suspects not aligned with a foreign terrorist organisation? According to the FBI, it has yet to even be used. So what happens next?

The USA Freedom Act, which has wide bipartisan support, including US President Barack Obama, will bring back all three provisions. Both houses of Congress are already working on the final details, and could have it on the president’s desk for his signature by mid-week.

However, and this is important for privacy advocates, telephone companies – not the government – will likely maintain the metadata. Just as importantly, should the government need that information, it will be required to obtain a FISA court order first.

Last night, three very important provisions of the Patriot Act expired. But the sun came up this morning, and it will likely come up tomorrow morning as well. Later this week, Congress will pass compromise legislation and the president will sign it into law.

In the end, both sides in the political debate can claim a partial victory. Privacy advocates will be satisfied that bulk data collection is no longer in realm of “Big Brother”, and law enforcement agencies will still have the tools necessary to track suspected terrorist, albeit with the additional burden of having to obtain court orders for telephone metadata.

That’s a fair balance between preventing government overreach on the one hand, and protecting the homeland against terrorist attack on the other. 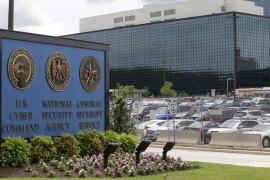 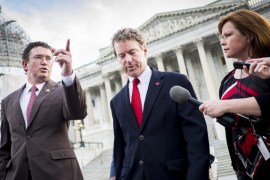 Spy agencies can no longer collect Americans’ phone records and other data after Senate fails to extend their authority.