All citizens are equal – but some more equal than others. That Orwellian message seems dangerously relevant in the Czech Republic today.

Twenty five years ago, Czechs played a key role in the democratic transformation of Europe, which millions benefited from, across the region. The voice of the Czech Republic has been important for human rights in the intervening years. At home, however, the treatment of Roma citizens today in the Czech Republic is beyond shameful.

Too often, the racism is simply ignored.

The discrimination begins at a young age. From the beginning of their schooling children are trapped in a cycle of marginalisation and exclusion, enforced by the state.

A new report from Amnesty International details how Romani children are placed in segregated schools or separated into different classes and buildings. Educators are enabling and enforcing physical segregation from a young age.

A combination of policy and prejudice means that Romani children are frequently placed in schools for pupils with “mild mental disabilities”, with reduced curriculums and career opportunities. Roma children are 15 times as likely to end up in these schools as their non-Roma neighbours – the result of an extraordinary belief that Roma somehow “don’t belong” in regular education.

Self-evidently, being Roma is not the same as having a mental disability. The Czech school system is doing untold damage by conflating the two.

Even when Roma schoolchildren make it into mainstream mixed Czech schools, they often face horrendous racial bullying from their classmates.

One boy, Karel, told us of the severe daily bullying his sister Jana experienced at one of the “elite” primary schools: “They called her black-mouth, that she didn’t know anything, that she looked disgusting.”

When we asked the director of the school about what had happened in Jana’s case, they denied any allegations of bullying. They explained that Jana simply “did not fit in”.

Sadly, racist attitudes can be found in the Czech media, popular culture, even in politics. Far from being a space where these kind of views are challenged and exposed, many of the schools visited by Amnesty International seemed ready to accommodate, even entrench divisions.

Tackling segregation is not easy given the weight of prejudice. In the city of Brno, when a school was merged with another local school with many Roma children, parents of 200 non-Roma pupils withdrew their children overnight en masse.

But politics is all about leadership. What’s more, the situation for Romani schoolchildren in the Czech Republic is not just immoral; it is also unlawful.

In September 2014, the European Commission (EC) initiated an infringement proceeding against the Czech Republic, for failing to implement the Race Equality Directive. It is the first ever such action against an EU member state.

The EC is now assessing the Czech Republic’s progress in addressing the issue and continued pressure is essential.

I welcome the fact that the current government has for the first time put proposals on the table to help address the issue. But these proposals cannot succeed without additional backing – financial, political and legal.

By publicly acknowledging and promising to combat prejudice, as a key driver of the unequal treatment of Romani children in the educational system, Prime Minister Bohuslav Sobotka could do much to help break down barriers.

He needs to act urgently to abolish the policy that allows Roma children to be wrongly placed in special programmes for children with mental disabilities. In its place they need tailored support for pupils based on their actual needs – extra language or learning support, or otherwise. Inclusion can work if it is supported.

Local authorities must be held accountable on their obligation to combat segregation in education. The Ministry of Education must significantly strengthen its monitoring of discriminatory practices so that it is able to impose sanctions for bad behaviour.

The prime minister has a historic opportunity to show true political leadership on this issue – not because he fears penalties from the EC, or because organisations like Amnesty International are putting pressure on him, but because this is a question of ensuring a decent future for all the country’s children.

Salil Shetty is the secretary-general of Amnesty International. A long-term activist on poverty and justice, he leads the movement’s worldwide work to end the abuse of human rights. Prior to joining Amnesty International, he was the director of the United Nations Millennium Campaign. 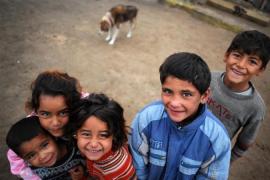 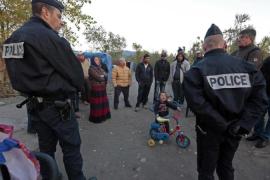 Europe’s Roma minority continues to be marginalised and ignored by state institutions and the rest of society.

Is the tide turning on oppressive leaders?