The Cannes Film Festival always reflects the vicissitudes of the world. And if tens of thousands of film professionals (among them 4,700 film critics) flock each year to the Croisette, it is mainly to better understand the world we live in through the eyes of old, young, and new talents. Artists, after all, help us see more clearly what we may only sense in a disorderly manner.

This year, the official competition line-up only showed two properly political films – that’s two out of 19. And both were awarded top awards by the Cannes jury headed by the Coen brothers. Dheepan, by French director Jacques Audiard, scooped the Palme d’Or while the French actor Vincent Lindon received the best actor prize for The Measure of a Man by Stephane Brize.

Dheepan is a tense film about a Tamil Tiger fighter who flees Sri Lanka with a woman and a young girl. They pretend to be a family in order to obtain refugee status in France. However, their life in a banlieue estate run by drug dealers, is not the peaceful environment of which they dream. They left a civil war in Sri Lanka only to find another war – a social war, almost as violent, in a rich European country.

As for The Measure of a Man, it shows the ruthlessness and growing inhumanity that big conglomerates impose on their workforce or, in other words, how capitalism crushes vulnerable individuals. Apart from Lindon in the leading role, the cast is made up of non-professional actors playing their real-life roles.

Death in all shapes

This year, it seems, film directors have been gripped by a more abstract topic. Indeed, if there was one overwhelming theme at Cannes 2015, it was death. Death in all its shapes and forms: suicide (successful or attempted), palliative care, murder, the inevitable death of elderly parents or the shocking and sudden death of children, the death of love, the death of a king, the slow decay of old age, and the death on a massive scale at the extermination camp of Auschwitz.

All this, alongside the lack of will to survive. In an historic or intimate setting, in a forest near Mount Fuji in Japan (Gus Van Sant’s Sea of Trees), or in a hospital room in Rome (Nanni Moretti’s Mia Madre), in a luxury spa in Switzerland for the rich and famous (Sorrentino’s Youth), in California’s Death Valley (Nicloux’s Valley of Love), in ninth century China (Hou Hsiao Hsien’s Assassin), or in and outside Auschwitz (Nemes’ Son of Saul). Festival-goers could simply not escape this fate.

Some films were outstanding, including the critics’ favourite to win the Palme d’Or, Moretti’s Mia Madre. Moretti’s autobiographical screenplay about the death of his mother, a professor of Latin, while he was busy filming, left critics in floods of tears.

Other works were panned and deemed simply ridiculous like Van Sant’s Sea of Trees with an American mathematician played by Matthew McConaughey going to Mount Fuji to commit suicide, only to be saved by Japanese spirits.

However, the darkness of all these film directors’ thoughts worked in unison, combining to depict an atmosphere of universal pessimism, as if they all provided a kind of meta-commentary on the state of our world.

Even more striking, there was not one redeeming element in those films, not a single one offering some solace, except perhaps for those who decided to treat death in a fantasy or far-away world, such as Matteo Garrone’s excellent Tale of Tales, Yorgos Lanthimos’ surrealist Lobster, and Hou Hsiao Hsien’s beautiful The Assassin set in medieval China.

The Taiwanese director has not made a film in eight years, but offered the Croisette the only glimmer of hope when his highly trained assassin (the mesmerising actress Chu Qi) struggles to fulfil her contract and kill her target.

A world where redemption has become an old forgotten concept is what the Cannes Film Festival has delivered in 2015.

Let us only hope that next year’s vintage will be slightly less depressing and less melancholy, and even more importantly, less resigned in spirit. 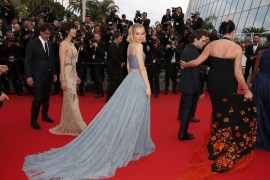 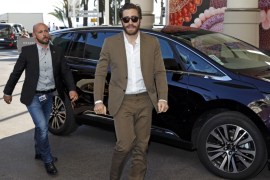 Cannes is 68 and ageing nicely

Cannes has always been a place where the greatest art meets the biggest market.