As a young tank commander during the First Gulf War, I saw the horrors Saddam Hussein’s Army and his vile Republican Guard imposed on the innocent people of Iraq.

Like Syria’s Bashar al-Assad today, Saddam Hussein had no qualms about using any weaponry to stay in power. He widely used chemical weapons during the Iran/Iraq war. During the infamous Halabja massacre of March 16, 1988, Saddam dropped Sarin and Mustard gas on unprotected civilians killing 5,000 instantly and 12,000 subsequently. After the Halabja massacre, the international community “sat on its hands”.

Since 2011, I have been to Halabja many times. The town still bears the scars of March 16, 1988. Some cellars are still highly contaminated with derivatives of Mustard gas and many people in the town still suffering the after effects of the chemical attack of 27 years ago.

It’s been 27 years since the international community recognised its faults in Halabja, but did impose the highly successful No Fly Zone in Northern Iraq in 1991. The NFZ undoubtedly saved the Kurdish people in Iraq, and was in some way a collective international “re-action” to the “in-action” of Halabja.

I have seen many sites on the battle fields of the world in the last 27 years in Iraq, Bosnia, Kosovo and Afghanistan, but nothing compares to the gruesome sight I saw in September 2014 when ambulances full of children barely alive arrived to a hospital after a barrel bomb attack in Aleppo in northwest Syria.

In Syria today, yesterday and tomorrow, chlorine barrel bombs rain down from Assad’s helicopters on innocent civilians, predominantly in northwest Syria, and like Halabja, the international community appears unable or unwilling to act.

The No Fly Zone in Northern Iraq in 1991 put a stop to a wide-scale slaughter which could have led to millions of deaths. This slaughter is happening today in Syria. A No Fly Zone in Syria is the only viable option that will alleviate suffering and do enough to save innocent lives.

The NFZ would prevent helicopters delivering the indiscriminate and illegal chlorine and high explosive barrel bombs.

Revelations over the weekend that UN inspectors found Sarin and VX residues as recently as January in Syria highlight that the regime still has Sarin and VX and is consistently lying to the UN.

Hundreds of thousands of innocent civilians continue to die in “industrial-first-world-war” type numbers right on the edge of the European Union. The fall of Palmyra this week and the likely destruction of this world heritage site by ISIL would be a crime against – not humanity but – civilisation.

But there is a realistic, pragmatic option which the UN and individual governments should support to provide hope for Syria: a No Fly Zone. The No Fly Zone would save lives immediately. Up to 1,000 civilians are dying every week, the majority at the hands of Assad’s air force mainly through barrel bombs dropped from helicopters.

The NFZ would prevent helicopters delivering the indiscriminate and illegal chlorine and high explosive barrel bombs. It would help reduce radicalisation which has been manifest with the perception in Syria that the coalition air campaign must strike Assad as well as ISIL to have any lasting effect.

Under these circumstances, it is the likes of al-Nusrah that look like they are fighting the more deadly enemy: the Assad regime. The NFZ would instead strengthen the moderates and the Free Syrian Army, who still hold sway in northwest Syria and provide the opportunity for some kind of future that isn’t dominated by ISIL, al-Qaeda and Assad. The NFZ would allow NGOs at last to get meaningful aid into Syria.

A generation has missed its education. Water and food is scarce, and but for the likes of Syria Relief, UOSSM, ICRC and MSF the medical system would be non-existent. This aid will elevate suffering and reduce the refugee crisis and could possibly start to encourage people to return, out of the miserable and suffocating slums I’ve driven through in northwest Syria and elsewhere in the region.

Against this backdrop, a NFZ will also set to create the conditions for a sustainable political solution. To date, the efforts of UN Special Envoy Staffan de Mistura – and his predecessors – have sadly not worked.

As seen in Geneva II negotiations and most recently with the Aleppo “freeze plan”, the Assad regime has quickly backtracked on promises as quickly as it has agreed to them.

A NFZ implemented by the Western powers would send a strong signal to Assad – and his backers in Tehran and Moscow – that the killing will not be tolerated anymore.

And in real terms, Assad’s military assessment will have to change if he can’t use his airforce on the battlefield. That will potentially force the regime to the negotiating table as a method of survival. A NFZ with eyes on Palmyra might be the only thing to prevent desecration of this unique ancient site.

The NFZ in Northern Iraq after Halabja is a good place to start in implementing a No Fly Zone for Syria. Of course all situations are unique and there will be many military and political arguments that will try to block a blanket No Fly Zone. Some will claim that a No Fly Zone will be too much like Libya’s case with solely focusing on air defences. Or they will claim that the No Fly Zone is not enforceable because Assad could retaliate.

In order to achieve what has been outlined above, there needs to be a systematic and progressive approach to creating and developing the No Fly Zone to give it any chance of success. A No Fly Zone in Syria must have three key elements: time limitation, defined space, and a concept of operations.

The timeframe could initially be four to six weeks to prove the concept and allow the doubters a way out. The No Fly Zone would be an opportunity to test Assad’s air defence operability, which many experts assess is vastly overstated, and test his willingness to use it.

Most of the chlorine bombs have been in northwest Syria. That’s why a No Fly Zone’s space should be defined and started there. It is feasible and low risk for the current Coalition Air Campaign to police a No Fly Zone from bases in the region or warships in the Eastern Mediterranean.

As for the Concept of Operations, the coalition should begin with banning just helicopters. These are the means that chlorine-loaded and other barrel bombs are delivered. Helicopters are relatively slow moving and easy for air and ships to take out without the spectre of the much hyped Syria anti-aircraft defence system coming into play.

The potential for a No Fly Zone to significantly reduce immense suffering and limitless slaughter is high. The risks are low. The international community recognised its faults of doing nothing after Halabja. It is now time for the international community to stand up for Syria and enforce a No Fly Zone that will begin the end to the killing in Syria.

Hamish de Bretton-Gordon is a chemical weapons advisor to NGOs working in Syria and Iraq. He is a former commanding officer of the UK Chemical, Biological, Radiological and Nuclear (CBRN) Regiment and NATO’s Rapid Reaction CBRN Battalion. 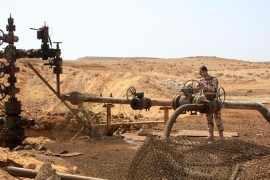