The recent US special forces raid to assassinate Abu Sayyaf, a figure within ISIL who managed the group’s oil, gas, and financial operations, eliminated a single high-level leader within the group, but nonetheless raises greater issues about the long-term US strategy campaign against an organisation which has proved tenacious as it approaches its first year anniversary as a Caliphate-state.

While the circumstances of this attack are just as opaque as the figure it targeted, the reasons behind the raid itself reveals three strategies that ISIL has pursued. First, the high profile nature of the raid indicates that ISIL is not just a terror group that sows violence across its domains, but has found a revenue stream in the form of petro-terrorism.

Second, antiquities were found in the ISIL leader’s home, demonstrating that this group has also benefitted from selling another commodity that is hidden under the Syrian and Iraqi soil, the rich remains of the Fertile Crescent’s pre-Islamic past.

Finally, the reports that Abu Sayyaf had enslaved a Yezidi woman serves as a reminder that ISIL continues to perpetuate a nefarious form of gendered terrorism, an aspect that tends to be forgotten in the media and policy circles, which tend to obsess over the more gruesome spectacles of ISIL beheadings.

The first question that needs to be asked is why did the US conduct a risky operation in the first place? The special forces troops were ferried to the attack site in Blackhawk helicopters, the same helicopter that was downed in Somalia in 1993 during a similar raid against a high profile target.

This recent attack could have resulted in a helicopter being downed in ISIL terrain, giving the group a great propaganda boost if they downed the helicopter or even captured US special forces troops alive. The second question was why Abu Sayyaf was targeted in particular.

Was he killed simply as a target of opportunity, where intelligence happened to indicate his whereabouts on a particular day, or had he been tracked for a while, indicating that he, opposed to ISIL military commanders on the ground, was a greater high-value target because he managed the gas and oil side of the terror group’s financial operations?

Was he killed simply as a target of opportunity, where intelligence happened to indicate his whereabouts on a particular day, or had he been tracked for a while, indicating that he ... was a greater high-value target because he managed the gas and oil side of the terror group's financial operations?

Of course these are rhetorical questions, as answers to these questions can never be fully ascertained, notwithstanding the statements released by the White House and Defense Department. What can be deduced nonetheless, is that Abu Sayyaf was killed in Al-Amr, a town next to Syria’s oil fields, and there he played a role within the group that managed the petro-terrorism side of ISIL.

I define petro-terrorism in relation to narco-terrorism. Both oil and its refined products are similar to drugs. Both ISIL and drug cartels depend on commodities sold on the black market. Both groups manage illicit rentier economies, charging a rent on a resource that happens to exist within domains they control.

The price of oil in Turkey is exorbitantly high. The price of gasoline in Turkey is higher than what its neighbours pay at the pump in Europe or the Middle East. Plus, petroleum is a fungible commodity.

A petroleum jerry ending up on the Turkish black market does not have a “Made in the Islamic State” label. Thus, if an end user in Turkey can get access to cheaper gasoline, and benefit from plausible deniability, a win-win situation emerges both for ISIL and the consumer in Turkey.

The reports that ISIL sells oil back to the Syrian state demonstrates further that pragmatism outweighs ideology in the group’s strategic calculus.

Despite their avowed aims of combatting the government of Bashar al-Assad, most of ISIL’s combat in Syria has been targeted against other Syrian rebels or Syrian Kurds. ISIL’s ability to generate revenue from petroleum sales to the Syrian state demonstrates that priority is given to rent seeking on commodities.

The other black market commodity, antiquities, has played a similar role to petro-terrorism, thus granting ISIL another precedent in the region, the management of archeo-terrorism, where the sale of artifacts also finances the group’s violence.

This aspect of ISIL’s strategy serves two purposes. It can film the high profile destruction of pre-Islamic sites in Iraq and Syria as a way to generate international revulsion, while discretely sell the archaeology that can be moved into the black market.

Finally, an aspect of the raid that got barely a passing mention in the article was that Abu Sayya had enslaved a Yezidi slave woman, in addition to the woman he was married to. This raid serves as an inconvenient reminder of the plight of Iraq Yezidi’s.

While ISIL forces were pushed back from conducting a wholesale massacre of the Yezidis trapped on Mount Sinjar in September 2014 due to US air strikes, there still remains a generation of Yezidi women held in custody by ISIL fighters.

The enslavement of Yezidi women works in tandem with the destruction of Syria’s and Iraq’s pre-Islamic heritage. Both tactics attempt to forge a homogeneity within the so-called Islamic State.

In this regard, ISIL has sought the erasure of a pre-Islamic past through the destruction of pre-Islamic antiquities or what it deems as “non-Islamic peoples”, thus expelling Christians from Mosul, or enslaving Yezidi women as a means to ensure they will not be able to give birth to future Yezidi children.

Unfortunately, the practice of sexual slavery mimics ISIL’s petro-terrorism. One tactic deals with energy security, the other with human security. Black markets in Turkey seek illicit oil trade as a means to maintain the nation’s energy security supply, albeit by importing petroleum from ISIL. The enslavement of Yezidi women is a violation of this minority’s human security. ISIL practices a predatory form of rule, whether it is the extraction of oil or the involuntary extraction of women.

While US foreign policy towards ISIL has been couched in in terms of traditional security goals, such as strengthening the Iraqi state and military and preventing ISIL terror from expanding to the region and the West, both the US and NATO tend to relegate human security to a secondary concern.

For example, this raid was ostensibly to damage ISIL’s revenue-generating capacity, a traditional military strategy. Implementing strategies to protect vulnerable populations, such as women and minorities, children, or refugees in general require long-term commitments such a helping develop the local infrastructure and NGOs to develop mental health rehabilitation programs.

However, these are often abandoned when the immediate military goal, degrading a terrorist threat, has been achieved on the battlefield. The death of Abu Sayyaf generated headlines. Unfortunately what has been inflicted on his unfortunate Yezidi slave in terms of her individual trauma has not. 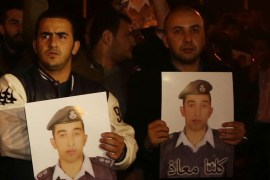