Hours after the conclusion of the Camp David summit the top story on the White House website was: “A Conversation with the President: Addressing Poverty in America.”

Further down the page visitors were advised on “what you need to know about the new birth control guidance”.

Alongside this urgent advice: “The top five commencement addresses from the Obama administration.”

Readers searched in vain for news of what was only recently billed as a seminal meeting between the US president and GCC leaders.

The Obama administration in particular has a problem defining and executing summit-level diplomacy. US President Barack Obama’s meetings with leaders, both friend and foe, have proven to be less decisive in charting new paths than had been the case with his predecessors.

This summit, in the sense of a meeting where decisions of great import are taken – was not built for such action.

Obama, in his White House greeting to his Saudi guests, mistakenly recalled the historic summit between Franklin Roosevelt and King Faisal aboard the USS Quincy on February 14, 1945. Obama erred in identifying King Faisal as Roosevelt’s interlocutor. The president met his father, ibn Saud himself. It was an avoidable error, one that some, however, saw as a metaphor for Washington’s lack of understanding or attention to Saudi Arabia and its GCC neighbours.

The Roosevelt-ibn Saud meeting marked the historic beginning of a relationship between Washington and the Gulf, setting the terms of US engagement that have remained in place for decades.

Describing the scene, Thomas Lippmann wrote: “Everyone who watched was mesmerised by the spectacle, at once majestic and bizarre. Over the waters of Egypt’s Great Bitter Lake, an American destroyer, the USS Murphy, steamed towards a rendezvous with history. On a deck covered with colourful carpets and shaded by an enormous tent of brown canvas, a large black-bearded man in Arab robes, his headdress bound with golden cords, was seated on a gilded throne. Around him stood an entourage of fierce-looking, dark-skinned barefoot men in similar attire, each with a sword or dagger bound to his waist by a gold-encrusted belt. On the Murphy’s fantail, sheep grazed in a makeshift corral. It was, one American witness said, ‘A spectacle out of the ancient past on the deck of a modern man-of-war.'”

Notwithstanding the orientalist puffery, there was momentous business to transact that day.

In contrast, the just-concluded summit promises little more than running in place. For its part, Washington explained its intention to move forward with Iran on a nuclear deal while insisting that it did not portend a US pivot away from its traditional Arab friends. Arabs were and remain sceptical, and justifiably so.

Obama himself explained: “I want to be very clear. The purpose of security cooperation [with the GCC] is not to perpetuate any long-term confrontation with Iran or even to marginalise Iran.”

Saudi misgivings about the choices made by US presidents have a long pedigree. The kingdom has been on the losing end of US initiatives in the region for decades. Washington has proven more than willing to take advantage of Arab weakness – US Palestine policy holds pride of place in this regard.

Of equal if not greater strategic import, however, is the toxic legacy of the US’ destruction of Baghdad’s Sunni military and political leadership, offering Iran a strategic entree into Iraq it has not enjoyed for centuries.

”I do not believe it is in the United States’ interests, or the interest of the region, or the world’s interest, to [attack Iraq],” Crown Prince Abdullah told ABC News shortly before Vice President Dick Cheney’s arrival in March 2002. ”And I don’t believe it will achieve the desired result.”

Cheney dismissed Saudi concerns that war would destabilise the region. That is indeed what Bush wanted – a revolutionary break with the past out of which a new Middle East would be forged.

This troubled history also begins to illuminate why a newly energised Saudi leadership has taken the initiative on Yemen, putting Washington in the position of cheerleading from behind and in doing so pushing the Obama administration down a road in support of a Saudi military campaign that appears to have taken a tremendous toll on Yemen’s infrastructure and empowered al-Qaeda in the Arabian Peninsula (AQAP) and its tribal allies in the south, but otherwise appears to be going nowhere.

However, the moment when Washington is laying the groundwork for a cautious, uneasy, and troubled entente with Iran is not the most opportune time for the GCC to prevail upon Obama to adopt an Arab agenda – starting with formalised defence agreements and including a full-fledged assault on the Assad regime.

Elephant in the room

Although excluded from the club organised by the president, Iran is the giant elephant in the room. Lest there be any doubt on this point, as the summit progressed Iran’s Revolutionary Guard Corps’ navy fired warning shots over a Singapore-flagged cargo vessel in international waters in the Gulf, prompting the cargo vessel to flee into United Arab Emirates’ territorial waters, according to US officials.

The summit cannot but reflect the overall balance of forces, a balance that continues to favour Washington’s preference for a rarified version of the status quo rather than a more vigorous, explicit defence alliance desired by its Arab allies in the Gulf.

That meeting set the terms of engagement that has lasted for seven decades. It also established a clash of expectations and subsequent disappointments that show little sign of abating. 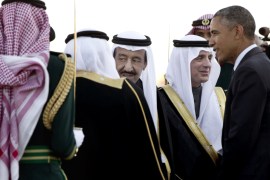 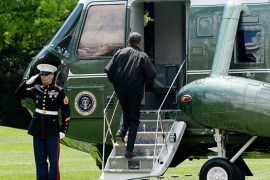