Georgia has sat on a cultural, economic, and militarily important crossroads for centuries. Usually, this strategic location brings benefits to Georgia. In the case of the rise of ISIL, sitting on this crossroads has become somewhat of a liability. This is due to Georgia increasingly becoming a recruiting ground and transit route for fighters heading to Syria.

While the problem is manageable now, if left unchecked it has the potential to undermine security in the Caucasus.

The epicentre of Georgia’s fundamentalist problem is the Pankisi Gorge. This remote valley, about 13km long and 3km wide, is located near the Chechen-Georgian border in the Georgian district of Akhmeta about 160km from the capital city Tbilisi.

Almost 75 percent of the inhabitants of the Pankisi Gorge are Kists – an ethnically Chechen and predominately Sunni Muslim group that first arrived in the region in the 1800s.

Fundamentalism is a relatively new phenomenon in the Pankisi Gorge.

The first Kists arrived in the Pankisi Gorge in the 1830s to escape Imam Shamil’s (the leader of the anti-Russian resistance during the Caucasian War) strict observance of Islam in areas under his control.

It is an historical irony that a group of people who migrated to escape fundamentalism in the 1800s, and then experienced a peaceful existence for generations, now face the threat of fundamentalism once again.

During the two wars in Chechnya in the 1990s the social fabric of the region changed. The Pankisi Gorge became a sanctuary for thousands of refugees from Chechnya. Chechen and Arab militants used the area as a safe haven from which to launch insurgent strikes into Russian territory.

Accompanying this influx of foreigners to the region during those years was a more conservative interpretation of Islam – meaning more taqiyahs (Muslim caps) and longer beards in a society that was used to mixing highlander pagan practices with their moderate Muslim beliefs.

With US assistance, the Georgian government launched several successful anti-terror operations in the region after the September 11 attacks in the US. While this succeeded in curtailing the rise of fundamentalism, it did not eradicate it.

Estimates vary widely, but media sources and anecdotal evidence place the number of Georgians fighting for ISIL well above 100 – the exact figure could be much higher and might never really be known. Considering how small the Kist community is, and the tiny geographical size of the area from which they are recruited, this is a cause for concern.

Perhaps the most well-known ISIL fighter from the Pankisi Gorge is Tarkhan Batirashvili who goes by his nom de guerre Abu Omar al-Shishani – or Abu Omar the Chechen.

He served as a non-commissioned officer in the Georgian Armed Forces – even deployed as a forward observer calling in artillery strikes against Russian soldiers during the Battle of Tskhinvali in the opening days of the 2008 Russo-Georgian War. In 2010, Batirashvili was diagnosed with tuberculosis, discharged from the army, and later jailed on illegal gun charges.

After leaving prison, Batirashvili made his way to Syria. Today, he serves as an ISIL senior commander with authority over Aleppo, Raqqa, Latakia, and northern Idlib provinces in Syria. His fair skin and red beard have become a regular feature in ISIL propaganda products.

‘Nobody in this country needs me’

The Georgian government has responded to the foreign fighter problem by proposing legislation making it a criminal act to join or support terror groups like ISIL. While this legislation is welcome, it is a reactionary response when what is needed is a preventive and long term strategy.

Until many of the social and economic issues such as poverty, crime, and lack of opportunity are addressed in places like the Pankisi Gorge, the region will always serve as a potential recruiting ground for extremists.

Even though the vast majority of the Kist people reject fundamentalism, young men who see no future can easily be tempted. After all, according to an interview for the BBC Russian Service, Batirashvili’s father said his son told him during a phone call in 2012: “Papa, it seems nobody in this country needs me.”

Georgia and its allies need to address this problem before it destabilises the region. 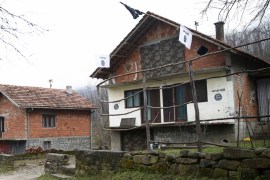 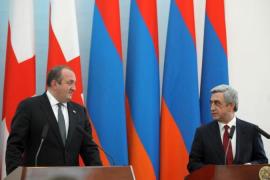 What happens to the Caucasus when Russia stumbles