Exactly 10 years ago Dilorom Abdukadirova, a mother of four then aged 39, was among thousands of mostly unarmed demonstrators who had gathered at the main square in Uzbekistan’s eastern city of Andijan to protest against poverty, corruption, and injustice. Without warning, security forces opened fire on the crowd, shooting indiscriminately and killing hundreds, including women and children.

Before the blood was even dry on the streets a veil of official secrecy descended on Babur Square. Indeed, a decade on, no one knows the exact number who died that day. The locations of mass graves which human rights defenders say are scattered around Andijan, have never been confirmed. An independent international investigation has not been carried out and no one has been held to account for the killings.

Instead, the Uzbek authorities have relentlessly persecuted those they suspect of having been involved in the protests. People such as Dilorom, as well as hundreds of others, were sentenced in unfair trials, on charges including attempting to overthrow the constitutional order. Dilorom was tortured and is currently serving an 18-year prison sentence.

In the years since the Andijan killings, Uzbekistan has cemented its reputation as a brutal abuser of human rights. In a recent report into forced confessions, Amnesty International found that torture is endemic, with the country’s security forces using electroshocks and beatings, rape and sexual humiliation to force “confessions” or incriminate others. Evidence obtained through torture is all too often used in court to secure convictions.

And yet, despite these blatant and egregious abuses, the US, Germany and other European Union countries seem to have a blind-spot when it comes to Uzbekistan. Security, political, and military interests are placed ahead of any meaningful action to pressure this strategically important country to respect human rights.

Following the killings in Andijan, the EU imposed an arms embargo and other targeted sanctions and demanded that Uzbekistan undertake an effective investigation. However, in October 2009, the EU embargo was lifted without mention of the lack of an investigation into Andijan. The last time EU foreign ministers even put Uzbekistan’s human rights record on the agenda was in October 2010.

The US government also called for an investigation into the killings but in January 2012 waived restrictions on military aid to Uzbekistan, originally imposed in 2004, due in part to the country’s human rights record.

This year the military relationship between the two countries strengthened significantly with the implementation of a new five-year plan for military cooperation. Last January, the US gave Uzbekistan 328 military vehicles for use in counterterrorism and counter-narcotics operations.

Also in January, when called on to explain why the US is not condemning Uzbekistan’s human rights abuses more vigorously, Nisha Biswal, the US assistant secretary of state for Central Asia, explained that they were employing “a combination of the right balance of pressure, partnership and a certain amount of strategic patience in how change can take place“.

The pursuit of “strategic patience” in Uzbekistan is emblematic of how the US has privileged its dependence on repressive governments for military cooperation and intelligence sharing and operational support in the “fight against terrorism” to the detriment of human rights.

The record on Uzbekistan suggests that this careful management of “resources and influence” means not spending much political capital on human rights, for fear of upsetting an ally in a key geostrategic location.

And the US is not alone. Military ties with Uzbekistan are also essential to Germany’s operations in Afghanistan. In November 2014, it renewed a lease for an airbase in Termez to provide support to German troops in Afghanistan.

There are also economic interests. In March, German companies signed a $3bn investment deal with Uzbek state companies. The Germany-Uzbekistan Business Council met for the first time ahead of the deal, and was attended by more than 50 leading German companies.

“Strategic patience” would appear to be paying military and security dividends, but under this “reality-based diplomacy” criticism of Uzbekistan’s human rights record has become more muted.

Neither President Islam Karimov nor any senior official has publicly condemned the use of torture. Torture is rarely properly punished. The government’s own figures show 336 complaints of torture from 2010 to 2013. These resulted in just six trials and the convictions of 11 police officers.

In Uzbekistan today, people will not gather in Babur Square to remember the dead. Those who attempt to publicly mark the anniversary of the Andijan massacre fear reprisals. Journalists who speak out will face serious consequences.

Human rights defenders who openly demand an independent international investigation into what happened in Andijan will be targeted as a result.

But despite attempts by the Uzbek authorities to silence critical voices, history cannot be denied. The international community must not turn a deaf ear to the cries emanating from Uzbekistan’s torture chambers and those brave voices in the country that clamour for justice.

John Dalhuisen is the director of Amnesty International’s Europe and Central Asia programme. 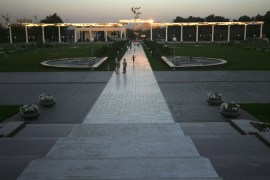 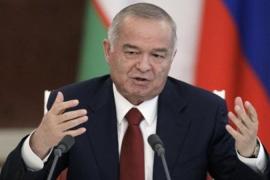