Most Greek prime ministers have visited Moscow during their term in office. Yet, it is Alexis Tsipras’ current visit that has generated huge public and media attention. Is it because of his left-wing credentials? Partly, yes.

The visit to the capital of the former USSR by Europe’s first leftist leader ought to raise questions. Yet, Tsipras is hardly the only European leader who met the Russian president in recent months. Moreover, it was former Prime Minister Kostas Karamanlis, a conservative politician, who envisioned the establishment of a “special relationship” between Athens and Moscow during the 2000s.

The main reason behind all this attention is that Greece has been constantly suspected of being a Trojan Horse for Russian interests in the Old Continent, very much like Serbia and other Orthodox-majority countries of Eastern Europe.

It is a new form of neo-Orientalism that goes against the conventional logic of international relations.

The truth is that his visit has nothing to do with “shared Orthodox heritage” or “historical ties”. In the Orthodox world, division is more common than unity.

Historically speaking, the Greek-speaking Ecumenical Patriarchate and the Moscow Patriarchate have fought bitter battles for the hearts and minds of 300 million Orthodox Christians.

Indeed, Ukraine has been one of the former Soviet republics where Greek and Russian religious leaders have competed for influence. Besides, Tsipras and some of his ministers are self-declared atheists. Also, Greece has never been close to Russia politically. Greek foreign policy has maintained its pro-western orientation since 1830 when the country gained its independence from the Ottoman Empire. Not to mention that Russia, and then the Soviet Union, followed a pan-Slavic policy in the Balkans that naturally isolated Greeks who are not of Slavic origin.

Having said that, the two countries do share common interests and goals. To begin with, the Greek-Russian community has played an important role in fostering bilateral relations. The community numbers about 100,000 people. Despite its relatively small size, it is an influential and well-organised community. They act as a bridge between the two countries in a fashion similar to that of Russian Jews in Israel.

Athens cannot really expect to gain substantial financial rewards from a stronger relationship with Moscow given the current status of the Russian economy.

So, what does Tsipras want from the Russian government? The Greek economy is near collapse and desperately needs foreign investments. Russian state companies have long been interested in investing in certain sectors of the Greek economy (eg: energy, transportation), but long-standing EU suspicions about the Kremlin’s designs on the Balkans have forced Athens to avoid Russian money.

Now this may change. The Greek public is so frustrated with some EU leaders that the silent exclusion of Russian investors is not easily justifiable. The Tsipras government is also seeking cheap energy and a role in Russia’s pipeline plans. But Athens cannot really expect to gain substantial financial rewards from a stronger relationship with Moscow given the current status of the Russian economy.

Moscow is not in a position to offer much help in solving Greece’s financial problems, but whatever Tsipras would get from Putin can improve his bargaining position in the current negotiations with the EU-IMF troika.

However, this is not all. The Greek economy has been in recession for five years. The financial crisis has evolved into an identity crisis. Greece is a small and relatively poor country with such a rich heritage that it cannot easily handle. It creates a sense of cultural overconfidence that constantly gets in the way of formulating realistic policy responses.

Adopting the euro as national currency was meant to reaffirm Greece’s “Europeness”, not to reaffirm its perceived uniqueness. As a result, the economic crisis is changing perceptions of the EU among Greek citizens. To put simply, the country is trapped between a glorious past and a miserable present.

Therefore, the Greek public now demands a new, more autonomous, foreign policy. Tsipras is visiting Moscow to respond to public frustration over the way that the EU has managed the Greek crisis. The EU’s apparent lack of will to solve the financial crisis has made Greek society think about finding new friends and allies. By the way, many Greeks now perceive China as a friendly country despite the lack of any cultural affinity.

Still, Greece is very unlikely to change its geopolitical direction. The country is fully integrated into the western community of nations. However, a Grexit would change everything. The constant rhetoric about “Europe losing Greece to Russia” risks becoming a self-fulfilling prophecy. It is time for the EU to demonstrate its solidarity towards the Greek society.

Emmanuel Karagiannis is a Senior Lecturer at King’s College London. 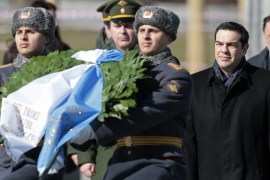 Greece’s overtures to Russia may not be a sideshow

Greek PM’s trip to Russia may represent an attempt to reorient the country’s strategic interests. 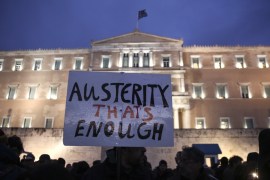