No one was really surprised at whispers of more cuts to Australia’s foreign aid in next month’s budget.

Even more concerning is that rumours of further cuts – however expertly dismissed by the foreign minister’s eye-roll – caused little dissent from a public that is not only sceptical about the effectiveness of foreign aid, but donating less to NGOs than ever. But ultimately a bigger problem than cuts is the increasingly agenda-driven direction that aid is taking in Australia’s backyard.

If the world was even slightly confused about Australian self-interest, this was cleared up after Abbott’s call in late February for Indonesia to “reciprocate” Australia’s $1bn of Indian Ocean tsunami aid by sparing the lives of Australian “Bali Nine” drug smugglers Andrew Chan and Myuran Sukumaran. Abbott hinted at his possible “displeasure” should the country ignore his plea, which is looking even more likely after another appeal was rejected on Monday.

Indonesian foreign ministry spokesman Arrmanatha Nasir’s response was telling: “I hope this does not reflect, the statements made, the true colours of Australians […] Threats are not part of diplomatic language and from what I know, no one responds well to threats.”

Indonesia could equally dispute Abbott’s suggestion that the aid in question was altruistic. As noted by The Conversation’s Don K Marut, roughly 40 percent of the aid to Aceh and Nias islands went straight into the Australian companies and products used to implement it. The rest (still far behind donors like Japan and the US) is tied to investments in oil, gas, and gold mining. The Indonesian people themselves, writes Marut, are an afterthought.

This kind of “boomerang aid”, given out only to return and plump up an economy, is not unfamiliar in the international landscape. The Australian Mining for Development Initiative (AMDI) has come under fierce criticism by AidWatch for its alleged promotion of private interests under the guise of poverty alleviation.

With two-thirds of the world's poorest people in Asia-Pacific, it's in Australia's interests that the region is politically and economically stable. But a self-serving aid policy risks not only damaging development, but heightening distrust around Australia's ambiguous agenda.

Tellingly, cuts to foreign aid have been made possible by a vested interest in projects closer to home. Aid programmes that stray from Australia’s influence in the Asia-Pacific region, reports the Lowy Institute, “have either been phased out [eg, in Latin American and the Caribbean] or scaled back [eg, sub-Saharan Africa], where other developed nations have primary responsibility”.

More savings in Australia’s budget were made by the prompt absorption of aid agency AusAID into the government’s Department of Foreign Affairs and Trade (DFAT). The move was quick – even the AusAID Twitter page vanished overnight. DFAT Minister Julie Bishop hailed not only the merger’s administrative savings, but an aid policy that “projects and protects Australia’s interests”.

With two-thirds of the world’s poorest people in Asia-Pacific, it’s in Australia’s interests that the region is politically and economically stable. But a self-serving aid policy risks not only damaging development, but heightening distrust around Australia’s ambiguous agenda.

Even before Cyclone Pam hit, Vanuatuans were concerned that Australia’s gutting of the ABC’s international broadcasting arm to the Pacific islands, Radio Australia, would adversely impact some islands’ ability to get news of natural disasters. With nationally broadcast bulletins only reaching a few of Vanuatu’s 65 islands during the cyclone, people turned to text messaging to save lives.

Australia’s refusal to act on carbon emissions, despite having among the highest per capita in the world, is effectively giving the finger to Pacific neighbours who are already feeling the effects of climate change. Vanuatu’s Port Vila has been identified as the most likely city in the world to suffer from natural disasters.

As Bishop returns from her three-day Pacific tour ahead of the Pacific Island Leaders Forum in Port Moresby later this year, critics are speculating what engagement there will be in a region already “questioning where the Pacific fits into Australia’s priorities”. During the tour, Bishop announced an initiative for Australian university students to descend on the Pacific to study. As the first Australian foreign minister to visit the Cook Islands, these tentative steps towards local engagement are encouraging.

If Australia wants to be taken seriously for its commitment to international development as an OECD nation, it needs to think again about the way it sees foreign aid. For the sake of growth and stability in Asia-Pacific – let alone humanitarian factors – the direction Australia’s foreign aid is taking is everybody’s concern. 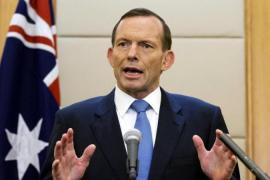 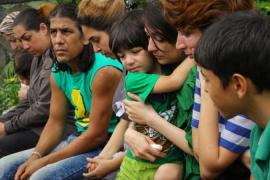 The hypocrisy of Australian democracy

South Africa in Edinburgh: The role of post-apartheid art