While all major international news agencies and western media on Monday featured an online publication of Mullah Mohammad Omar’s life story, the reclusive Afghan Taliban leader’s biography did not receive any coverage in Afghan news outlets.

“What do you think of the publication of Mullah Omar’s biography?” I asked my local grocer after having read reports by numerous non-Afghan news services.

“Who cares?” he replied shrugging his shoulders. “We have enough immediate issues to be occupied with.”

At the risk of sounding flippant, I concur.

The 5,000 word-long biography that was published on the Taliban’s website on April 4, begins with an explanatory title, “Commemorating the 19th anniversary of the historical gathering and selection of Amir al-mominin on April 4, 1996 in Kandahar.”

It goes on shedding light on Mullah Omar’s life, achievements, character and views, emphasising that he continues to be the group’s leader.

The timing of this publication may have several causes. Yet another round of rumours about the death of Omar spread a few weeks ago in the Afghan media. But, a more serious concern to the Taliban – and their backers in Pakistan – is to hold the group together at a time when ISIL is beginning its operations in Afghanistan and is benefiting from local recruits among Taliban turncoats.

The initial headway that the new Afghan government has made with Pakistan on the start of a peace process with the Taliban has reportedly caused some friction among the commanders and rank and file of the group. Already, there are a number of commanders who are said to have severed ties with the Taliban central command and have vowed to continue their jihad against the “infidel foreigners” and their “puppet government” in Kabul.

Others, of course, find the business of war more profitable than a peace that will more likely add them to the already high unemployment figures. Therefore, hardliners and opportunist fighters would be an easy target for ISIL’s vigorous and well-endowed recruitment machinery.

A more serious concern to the Taliban - and their backers in Pakistan - is to hold the group together at a time when ISIL is beginning its operations in Afghanistan and is benefiting from local recruits among Taliban turncoats.

Still, as my grocer soberly pointed out, Afghanistan is faced with so many other problems that internal Taliban politics and the group’s rivalries with other terrorist groups were not deemed as newsworthy in the local media.

The day’s headlines, reflecting principal issues for the Afghans, covered a Kabul shopkeepers’ rally in protest of raised taxes; a dispute between President Ashraf Ghani and CEO Abdullah Abdullah over the appointment of the head of the country’s elections reform commission; complaints in the parliament about the president’s procrastination in appointing provincial governors; pushing for a judicial process for Farkhunda; problems due to the lack of authority of cabinet ministers; continued power shortages in the capital; and the need for provision of long-term bank loans for businessmen.

Good governance (including rule of law and efficient provision of services) and economic development, the two essential factors in weakening insurgency, are therefore the main concerns of the Afghans – something that the international community involved in Afghanistan never understood or chose not to acknowledge.

It is true that suicide attacks and roadside bombs are claiming lives on a daily basis in this war-fatigued nation. On Monday alone, roadside bombs killed six people in a northern district of Kabul province and three local policemen in the southern Paktia province. The news of Ghani’s nomination of General Ludin as defence minister, therefore, made the headlines, not Mullah Omar’s biography.

After the barrage of news and analysis of the Taliban leader’s life story flooded the internet, a well-respected Afghan journalist tweeted: “Depressing 2C some western ‘experts’ talk about Mullah Omar as if he is some great visionary. He is responsible for death of Afghans.”

While Afghans are often criticised for their love of warfare, I find it curious that the forces of destruction in Afghanistan are often romanticised by westerners. During the Afghan resistance against the Soviet occupation, the most ruthless of the mujahideen were praised with awe and received the bulk of US and European financial and military assistance. Now, Mullah Omar’s accounts of draconian rule of the late 1990s, his leadership of the terrorist acts of the last decade and stories of “bravery” are met with fascination by western experts of Afghanistan.

These days, Washington may be seeking a quick solution to the Afghan war and mending of differences between the Taliban and the Afghan state. Indeed, the Afghans also desire peace. After all, they have been at the forefront of terrorism and have suffered more than any other nation from it. But, this should not be pushed to the point of rewriting recent history and a denial of the carnage that the Taliban under the leadership of Mullah Mohammad Omar have committed in Afghanistan since their rise to power in the mid-1990s.

No one has forgotten the years of Taliban rule characterised by killings, torture, imprisonments, public floggings, denied civil rights, disregard for women’s rights, and the deprivation of an entire generation from education, healthcare, and sports. Neither can the thousands of lives lost in the past decade and a generation living in constant fear of suicide attacks be ignored in the name of a quick fix peace.

Afghans are generous and pragmatic, but no one should presume to forgive Mullah Omar and the Taliban on their behalf and without consulting with them. 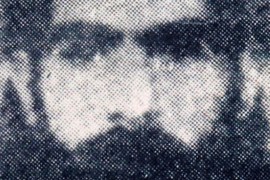 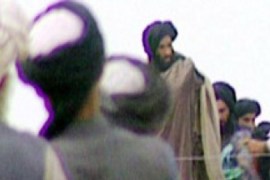 The myth of Mullah Omar

Decade of war and a $10m bounty have only deepened the legend of the Taliban’s secretive, one-eyed spiritual leader.