In early 2014, Turkey changed its approach to the war it was backing in northern Syria. After a series of military defeats by proxy and a failure to convince the United States to deepen its involvement in the conflict, Ankara has sought to unite the rebel groups in the north and disentangle Syria’s al-Qaeda affiliate, Jabhat al-Nusra, from al-Qaeda central. This new approach began in January 2014 and recently culminated in the rebels’ taking of Idlib city from the Syrian regime.

The designation coincided with a more pronounced change in Turkish tactics in Syria. After years of maintaining an open border policy, Ankara began to take the threat posed by the Islamic State of Iraq and the Levant (ISIL) more seriously and took steps to impede the flow of foreign fighters entering Syria.

Thereafter, Ankara and its closest ally, Qatar, put pressure on Ahrar al-Sham to publicly distance itself from Nusra. These efforts resulted in the August 2014 announcement that 18 rebel factions, including Ahrar al-Sham, had joined forces, and agreed to an overarching political framework that did not include any reference to an “Islamic State” as the ideal means of governance.

These efforts preceded Qatari and Turkish-led efforts to convince Nusra’s leader in Syria, Abu Mohammad al-Jolani, to renounce ties with al-Qaeda central. The Turkish approach is based on a simple assumption: Nusra is a “Syrian group” fighting against the regime for the future of all Syrians. Thus, if sufficiently supported, the group could be co-opted and marshalled to help implement Ankara’s overarching goal of overthrowing Bashar al-Assad, all while convincing the group to sever its ties with al-Qaeda central.

Turkish policy has run afoul of the US, which views Nusra’s cooperation with the Syrian rebels with concern, and has even targeted the group during the current air-war. Turkey has continued to try and unite the rebel groups in northern Syria. This process is ongoing, but neither Turkey nor Qatar has been able to convince the Nusra leadership to sever its ties with al-Qaeda central.

Ankara may have simply given up on the United States and has chosen to pursue its own strategy of working to foment its own 'Sunni awakening' in northern Syria.

Undeterred, the Turkish-supported Ahrar al-Sham recently merged with other rebel groups and joined with Jabhat al-Nusra during the assault on Idlib city. Fighting under the banner of Jaysh al-Fateh, the coalition of rebel groups forced Assad’s forces from the city. Ankara welcomed the news of Assad’s defeat. However, it may have come with a price.

Idlib city is of little strategic value, outside of the immediate morale boost for the Turkish-backed rebels. The taking of the town may precede an effort to cut off Assad’s supply line to Aleppo, but such an offensive may not come to fruition, especially if Assad musters his forces for a counterattack. Moreover, this offensive could further complicate a key component of Ankara’s strategy: The winning of support for the enforcement of a no fly zone over northern Syria.

Ankara has been in favour of this approach since November 2011. Turkey, however, lacks the capability to sustain the enforcement of such a zone for a prolonged period of time; thus needs support from the US.

The Obama administration has resisted such overtures for a number of reasons, including the Syrian rebel opposition’s close cooperation with Nusra. The issue has grown more complicated, owing to the rise of ISIL, and its subsequent capture of significant territory inside the Syrian state.

Nusra’s pronounced role in the siege of Idlib, in turn, could actually complicate any effort to provide direct air support for rebels that the US and Ankara intend to jointly train at two sites inside Turkey in the coming months. Indeed, Ankara may have simply given up on the US and has chosen to pursue its own strategy of working to foment its own “Sunni awakening” in northern Syria.

Thus, while the US has turned its guns on ISIL, Ankara retains leverage over the firepower needed to attack the regime. There is a catch: Turkey is betting on Jaysh al-Fateh to govern properly and conveniently overlooking how Ankara intends to wrangle a proper governing coalition from these groups, should they succeed in forcing Assad from power.

Moreover, it suggests that Ankara will continue to prioritise the fight against Assad, rather than the US preferred strategy of focusing solely on ISIL.

The success of this policy requires continued Turkish support for these groups, including its outreach to Jabhat al-Nusra. If the rebels aren’t able to attack and take control over Assad’s supply line to Aleppo, the group’s victory may indeed amount to little. Ankara, however, remains committed to the war in the north; suggesting continued support for these efforts.

This policy remains at odds with the path taken by the US, which in turn suggests continued disagreement over strategy. Ankara, however, appears to be in too deep to turn back now – and it remains to be seen whether Turkey and the US will ever overcome their political differences about the way forward in Syria.

Aaron Stein is an associate fellow at the Royal United Services Institute, a doctoral candidate at King’s College, London and a researcher specialising in proliferation in the Middle East at the Istanbul-based Center for Economics and Foreign Policy Studies. 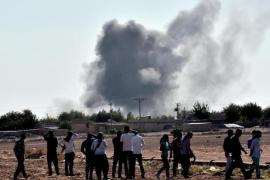 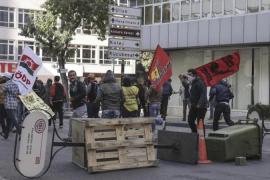 For Turkey, it’s all about regime change in Syria

The intentions of Syrian Kurds with self-administration