The pope and the European Parliament recently urged the Turkish government to recognise the Armenian mass killings as “genocide”, while others – including the US – have stopped short of using the term and called for a “full, frank” recognition of historical facts. But it is worth remembering that the people of the Arab Middle East have long recognised what the Armenians suffered.

This is because Armenians who fled or survived the horrific killings, deportations and death marches of 1915-16 came to live among Arabs in different parts of the Ottoman empire, particularly in Greater Syria (now Lebanon, Syria, Palestine, and Jordan) and Egypt.

It is also worth remembering that 100 years on, Lebanon – like Turkey, Jordan, and Iraq – is hosting the world’s biggest refugee population since World War II – the Syrians.

Some of these refugees are, of course, Armenian Syrians, who have been forced to flee their homes again.

In 1915, the Ottoman Empire made a desperate bid to preserve its territorial integrity. Having already lost its western lands to various nationalisms over the previous century, it was now threatened on three fronts by World War I allied powers, Britain, France, and Russia.

The Ottoman interior ministry issued orders to deport Armenians from eastern Anatolia, scapegoating the entire Armenian population there for the actions of a few who had helped Russian troops in the belief that they would gain independence for Armenia by doing so.

But the authorities simultaneously issued secret extermination orders, making sure Armenians were systematically massacred, or killed and subjected to beatings, robberies and rapes on the way south to Deir al-Zour in Syria.

District governors who questioned or refused to carry out the secret orders were also killed. Estimates vary, but between 800,000 and 1.5 million Armenians were said to have been killed or died of exhaustion, starvation or disease on the brutal death marches through the Syrian desert.

Of those who survived, many settled in Syria and Lebanon, often moving several times and gathering in mixed areas where there were small pre-existing Armenian communities, such as Alexandretta, Aleppo, Beirut, Damascus and Jerusalem. Here, Armenians had already established themselves as merchants, jewellers, bankers, ironsmiths, tailors, shop owners – alongside Muslim, Christian and Jewish Arabs, as well as Greeks, Assyrians, Kurds and others.

The 1915 arrivals vastly outnumbered pre-existing communities, and settled throughout the region. Refugee camps set up on city outskirts are now permanent neighbourhoods, such as Bourj Hammoud in Beirut.

An Armenian town sprung up at the ancient site of Anjar in Lebanon, and Armenian neighbourhoods emerged in most major towns and cities. Humanitarian relief was provided by American agencies, which grew out of the American Protestant missions that had been present in the Ottoman Empire since the 1830s.

Armenian churches and religious organisations were also key to helping survivors. They set up orphanages, schools, social clubs and cultural associations, and were a focus of communal life. Many of the 1915 Armenians went to great lengths to reunite with family and community members.

Yet although they kept alive their customs and language, Armenians were not marginalised. They learnt Arabic quickly (many already spoke Turkish and French) and organised themselves politically, taking advantage of the mandate system of representation through sectarian community.

This was an extension of the Ottoman millet system, which also survived in the confessional politics of post-independence Lebanon. Mandate authorities and local elites may have favoured Armenians as a Christian minority, but there was no objection to their presence from either Muslims or Christians. They were fully integrated without having to assimilate.

With their dual identities as Armenians on the one hand and Lebanese, Syrians, Palestinians or Egyptians on the other, they experienced the upheavals of the 20th century in their new homelands. In Palestine, for instance, Armenians thrived until 1948, when they lost their property and were expelled, along with Palestinians, by Zionists. Some Armenians in Lebanon also emigrated during the 1975-90 civil war, like other Lebanese.

The term “genocide” was coined in 1943 by lawyer Raphael Lemkin, before the world had learned the full extent of the Jewish Holocaust. He believed that not bringing to justice the perpetrators of the Armenian massacres might have made it easier for the genocide against Jews to take place 20 years later, in which he lost many family members. There needed to be an official term that was enshrined in international law and carried real consequences.

Though the word did not yet exist, Ottoman Arabs understood immediately that Ottoman Armenians had been targeted as a people for eradication because they arrived with their narratives of massacres and suffering.

The Syrian press reported the atrocities even before the European press, and occasionally expressed fear that the Young Turks in power could inflict similar measures on Arabs.

Today, 24 countries officially recognise that these atrocities constitute a genocide, as do the vast majority of academics. Only two countries categorically deny the Armenian genocide, Turkey and Azerbaijan.

On this important anniversary, let us honour the Armenian men, women and children who suffered unimaginable horrors. Let us also mention the communities among whom they created new lives.

These same communities are now hosting different traumatised refugees. With a population of only 4 million, Lebanon alone is buckling under the strain of 1.5 million Syrian refugees. Host communities deserve far more international support. 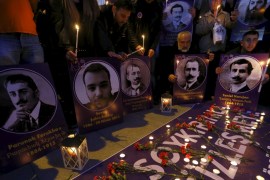 It was, of course, a century ago: Why does it still matter? 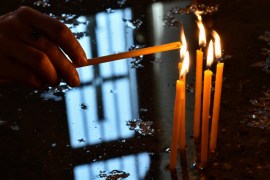