Poll after poll provides us with a consistent picture of Muslim loyalty to Britain, but some powerful figures in our media and political world seem to only see the “glass half empty” when it comes to Muslims.

The narrative is focused on trying to establish how awful Muslims are and how incompatible Islam is in contemporary Britain. The problem arises when the positives of any community are lessened and negatives are amplified but not seriously scrutinised by our government and mainstream society. When challenged by Muslims, accusations of hiding behind Islamophobia with a “victimhood” mentality are thrown.

The Survation poll for Sky News, although finding some very positive aspects of British Muslims, worryingly finds a huge gap between Muslim perception of themselves and perception of Muslims by society at large.

“On the issue of integration into UK society, the survey found 58 percent of non-Muslims believed their Muslim neighbours were not doing enough, with those aged over 55 more likely to be critical. Two-thirds of Muslims, however, said they were doing enough,” it writes.

As a mature democracy we must address these gaps; we need to do this with a level-headed debate and discussion.

Muslims and many others in the wider society have been trying to bring home the point that a US-led unending global war on terror post-9/11 atrocities, with ensuing bloodbaths in some Muslim countries, have contributed to radicalisation and extremism among a section of Muslims.

Of course, no sane person can justify violence in our streets, but ignoring this in the discussion on radicalisation has proved unfortunate.

The so-called war on terror has made our world less safe. It has unleashed sectarian proxy wars in the Middle East, wreaked havoc on the infrastructure and caused the death of, by some accounts, millions of people in the directly affected countries.

These dead people are the “unworthy victims” who will no doubt be forgotten in time. Yemen, Libya, and Syria have joined the list of failed states with devastating consequences across the Middle East and beyond. The emergence of a “Frankenstein” in ISIL is the latest effect of this ill thought-out and immoral war.

With the community being continuously pilloried by sections of the media, some right wing politicians are using Muslims as a 'punching bag' for their short-term political gains.

Sadly for us, a few hundred young British Muslim men and a few dozen girls have entered into ISIL held territories in recent months. There are reports that “scores of disillusioned foreign jihadists have been imprisoned by ISIL militants to prevent them fleeing their self-declared caliphate, which is riven with infighting and bitter national rivalries”.

ISIL has terribly harmed minority Muslims in the West. The fear of radicalisation is now haunting Muslim families with young children. In addition – with the community being continuously pilloried by sections of the media – some right wing politicians are using Muslims as a “punching bag” for their short-term political gains.

No community is perfect, but if one is only seen through the prism of security, it will obviously stand out as a security threat. Nonetheless, it is time for Muslim communities to ask themselves if they fully understand the depth of their predicament with radicalisation and whether they are doing enough to help themselves.

Some mosques and institutions up and down the country have impressive records of serving diverse communities. They cater for not only the religious needs of Muslims, but also help them in their moral, educational and social needs – as well as building bridges with other people through interfaith works.

But how many are they and are they doing enough? How many are able to address the common issues such as poverty, low wages, mental health, social ills, etc? Most importantly, how many are addressing the teenage challenges in a pluralist society?

It is also time for our political masters to acknowledge that some of their domestic policies such as the counterterrorism strategy do have a negative impact in alienating Muslim youth; many Muslims consider this condescending, to say the least. In addition, our government’s foreign policy – in Palestine, Iraq, and Syria have angered many people.

Terrorists abroad and Muslim extremists inside play upon this dissatisfaction, but it is unforgivable to use such concerns to justify violence. By ignoring mainstream Muslim voices and opinions the government is hindering rather than helping progress towards a more cohesive society.

We can only counter ISIL’s propaganda with a successful counter-radicalisation programme that addresses the lives of young Muslim women without securitising them, not by bringing new laws. Too many Muslim young people feel alienated because of the current political climate.

We need a different sort of conversation, a robustly objective approach, to build bridges among people. We all need to urgently understand what is radicalising our precious youth, and what we can do to prevent them from entering into a world of nihilism.

It is time we try to understand the fears, concerns, aspirations, and disadvantages of our youth. It is time our parents, religious and community leaders, experts, police, civil society as well as the government work together – without resorting to the blame game – to safeguard our children. 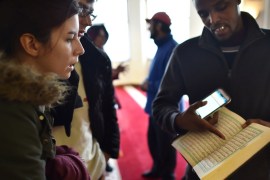 Greater Muslim political participation is the best way to turn challenges into opportunities. 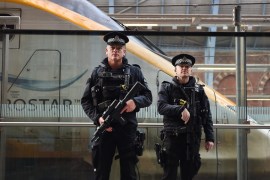