On March 17, the Dominican Republic reopened its consulates in Haiti after weeks of tension and negotiations. The diplomatic outposts had been closed two weeks earlier after thousands of people in the Haitian capital marched from the foreign ministry to the Dominican embassy, protesting the killing of a Haitian man a few days earlier in Santiago, a city in the neighbouring Dominican Republic.

Young men climbed the roof of the diplomatic building in Port-au-Prince and – in retaliation for the burning of a Haitian flag in Santiago – burned a Dominican flag, and tried to raise a Haitian one in its place. Dominican officials subsequently closed their five consulates in Haiti and withdrew their ambassador claiming that the unrest endangered the lives of its diplomatic staff. But last week Dominican officials declared that the Dominican ambassador would return and the consulates would reopen after the Haitian government had agreed to increase security at the diplomatic missions.

This latest flare-up surrounding the status of Haitians in the Dominican Republic comes in the wake of a particularly gruesome hate crime. On February 11, the corpse of a Haitian man was found hanging from a tree – hands and feet bound – in a park in Santiago.

The young man was identified as Henry Claude Jean (better known as Tulile), and worked shining shoes in Ercilia Pepin Park. The Santiago police declared over social media that they “rejected racism as a motive”, suggesting that he was killed by fellow Haitians over a lottery ticket.

The victim’s family – and human rights activists in Haiti and elsewhere – rejected this robbery claim, arguing that the recent spike in “anti-Haitianism” is the result of long-standing hostility towards and mistreatment of Haitians in Dominican society.

For generations, Haitians have worked in the Dominican Republic doing low-skill, back-breaking work, often coming under harassment, if not outright attack – as occurred in the so-called Parsley Massacre of 1937, when thousands of Haitians were killed under the orders of dictator Rafael Trujillo.

In a letter to his Dominican counterpart, the Haitian Foreign Minister Duly Brutus denounced the recent burning of the Haitian flag, and called on Dominican officials “to respect the fundamental rights of every Haitian in the Dominican Republic”.

The place of Haitians in the Dominican Republic has been in the news of late, because in September 2013, the Dominican constitutional court ruled that people born to illegal migrants do not have a right to citizenship – even if they were born and lived in the country all their lives.

The place of Haitians in the Dominican Republic has been in the news of late, because in September 2013, the Dominican constitutional court ruled that people born to illegal migrants do not have a right to citizenship - even if they were born and lived in the country all their lives.

The court ordered a review of the Dominican Republic’s birth records and civil registry, starting from June 1929, to assess who can qualify for citizenship. This court decision sparked an international outcry, and the Dominican government was denounced for its “Negrophobia” – given that the ruling disproportionately affects people of Haitian descent.

As the United Nations High Commissioner for Refugees then warned, the court’s decision “may deprive tens of thousands of people of nationality, virtually all of them of Haitian descent”.

The Dominican government used to grant citizenship to all those born in the country, with the exception of children born to foreign diplomats and foreigners “in transit”, that is people who were in the country but on their way to another country.

But there is domestic opposition to granting Haitian migrants and their children citizenship. On the day before the Haitian man’s body was found, a group of Dominican nationalists gathered in Santiago calling for the deportation of Haitian migrants.

In response to the widespread criticism, in May 2014, the Dominican Senate approved a law creating a path for people of Haitian descent – thrown into legal limbo by the 2013 law – to normalise their status and apply for citizenship. Dominican authorities have since declared that by June 2015 they will resume deporting people who have not legalised their status. Thus far less than 10,000 people have applied for naturalisation under the new law.

Human right groups are warning that tens of thousands of individuals born in the Dominican Republic, mostly of Haitian descent, are at risk of expulsion. 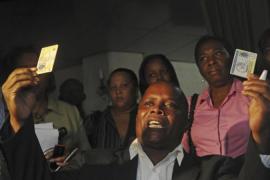 Erroneous objections to the Dominican constitutional ruling on citizenship

Commentaries on the recent Dominican court ruling are unfair, misleading and factually wrong. 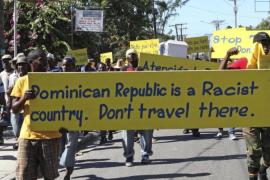 The Constitutional Court decision on citizenship rests on prejudice and discriminatory practices. 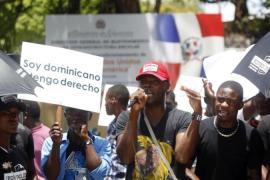 Xenophobia and racism back in the Dominican Republic

It is ironic that a state whose citizens are discriminated against abroad, legalises racially discriminating measures.