March has witnessed intense, guarded but hopeful negotiations between the US and Iranian governments, who continue working towards an agreement in spite of the political circus orchestrated by the Republican Senate and Israeli Prime Minister Benjamin Netanyahu.

Amidst the hoopla, the stakes are high for average Iranians for whom the US-led sanctions have worked all too well. According to the US government’s boastful appraisals, western sanctions have effectively contracted Iran’s economy by a fifth since 2010.

To put this in perspective, the 2008 financial crash, which led to the worst recession in the US since the Great Depression, shrunk the US economy by “only” 5 percent before beginning a slow (and still starkly unequal) recovery in 2009. Yet, this central goal of the sanctions remains mostly unmentioned in mainstream discourse amidst the fear-mongering of a visiting politician trying to boost his poll numbers back in Israel.

Like the Great Recession here, the crippling of Iran’s economy has had severe consequences for its healthcare system. Iran, like the United States, does not have single payer healthcare. Health insurance and money to pay for out-of-pocket expenses are needed to effectively access and utilise the healthcare system.

Here in the US, this translates to millions of Americans struggling with no or inadequate health insurance coverage, with exorbitant medical bills contributing to three of every five bankruptcies.

In Iran, even without sanctions-induced shortages of pharmaceutical products and medical devices, the cost of healthcare can be prohibitively expensive for the 40 percent of the population recently estimated to be living in poverty. Additionally, in a country where employment is a major access point for health insurance coverage, an estimated 20 percentof the population is unemployed.

Even without sanctions-induced shortages of pharmaceutical products and medical devices, the cost of healthcare can be prohibitively expensive for the 40 percent of the population recently estimated to be living in poverty.

Consequently, the past several years have abounded with reports of how the sanctions have severely damaged the livelihood and health of Iran’s people, in a way similar to how economic downturns and unemployment have increased suicides and overall death rates in other countries.

In the 2013 interim deal, the West promised Iran a dedicated financial channel with which to finance medicine and food purchases.  The move was an implicit acknowledgement by the US and its European allies that the sanctions had severely curtailed such allegedly permitted trade. But, according to a report released last October, the US has “yet to provide specifics” on and “appeared reticent to implement” the financial channel.

But overly focusing on humanitarian trade misses the underlying goal of the sanctions: to bring the Iranian government to its knees by harming the people enough to pressure their leaders into acquiescing to the West’s demands.

In this light, whatever humanitarian goods are allowed to trickle in will be out of reach to the half of Iranians who reported by 2013 being unable to afford adequate food or shelter for their families, while four out of five reported that the sanctions had already “personally hurt their livelihood”.

These are hardly unintended or unforeseen consequences. Western economic warfare against Third World nations has historically targeted ordinary people and strengthened elites, with the middle and working classes increasingly forced to rely on the government for survival.

The US has at various times propped up the Iran sanctions regime on a leg of concern for human rights. Besides the laughable nature of such statements coming from the leading sponsor of virtually every repressive regime in the Middle East, there is not a shred of evidence that sanctions have improved the human rights situation in Iran.

In the face of perceived – and actual – threats, sentiments of national unity prevail, marginalising dissidents and potential reformers. This has predictably been true for the Iranian populace who overwhelmingly support their country’s nuclear energy program even as they reel from the sanctions, the effects of which most Iranians blame on the US and Europe.

In the coming weeks, Netanyahu and his bipartisan allies in Congress will continue to whip up hysteria regarding a potential deal over Iran’s nuclear energy program. The alleged Democratic opposition, meanwhile, favors maintaining the current draconian sanctions while threatening to support even harsher measures should no framework deal be reached by the looming deadline.

Sanctions exert a ruinous effect on the health and well-being of Iranians in ways not dissimilar to how for-profit, class-tiered healthcare remains a source of disenfranchisement for the working poor and middle class here at home. It is time to de-sterilise the discourse around sanctions and recognise them for what they are: economic warfare and the collective punishment of millions of innocent people.

Sammy Almashat is a preventive medicine physician and researcher based in Washington, DC.

Maziar Shirazi is a family medicine physician based in Vacaville, CA. 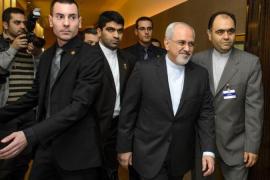 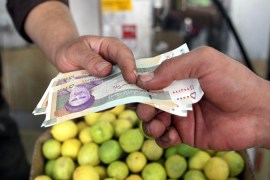 The unfolding human catastrophe in Iran

Sanctions imposed on Iran’s banks and financial institutions could lead to a humanitarian crisis.