There has been a revival of international media interest in recent months about the North Korean missile project, which for a brief while seemed forgotten. To an extent, the North Koreans themselves began to draw this attention – deliberately.

In mid-March, the North Korean ambassador to the UK said that the country would use its nuclear weapons in response to an attack by the US – a statement that was merely an echo of the North Korean foreign minister’s address to the UN-sponsored Conference on Disarmament in early March. The minister said his country is ready to conduct a preemptive strike on the US.

There is therefore little doubt that the North Korean government does what it can to remind the world of its position as a source of potential threat and should hence be dealt with accordingly.

But are their warnings substantive? This question could be answered negatively in the short run, but things might look differently in the long term.

Commitment to the programme

The North Korean government has shown a remarkable level of commitment to the nuclear and missile programme over the decades. The nuclear research began around 1960, and it wasn’t long before Soviet analysts began to suspect that the research had military goals in mind.

By the late 1980s, the North Korean government arranged a number of leaks intending to let the world know about its nuclear programme, even though it was still a long way from manufacturing a working nuclear device at the time.

Even during the famine of the 1990s, the North Korean missile engineers did not sit idle, and in 2006, they conducted their first nuclear test. It was a partial success at best, but the two subsequent tests, in 2009 and 2013, showed better results.

It is now estimated that North Korea has between 30kg and 50 kg of weapons-grade plutonium (sufficient for a dozen nuclear warheads), as well as an unknown amount of highly-enriched uranium.

Equally important is North Korea’s lesser known but equally important missile programme. In the 1970s, the North Koreans worked hard to acquire the required missile technology. Suspicious of its ambitions, neither the Russians nor the Chinese agreed to provide such technology to Pyongyang.

Since the late 1990s, North Koreans have undertaken a series of long-range missile tests which have all failed - even though the North Korean media either remained silent about launches or claimed success ...

Still, the North Koreans found a way around that and in 1980 secretly purchased Soviet R-17 (SCUD-B) missiles in Egypt.

They reverse-engineered the missiles, and soon began to produce simplified copies of the weapon, while using the technology in their attempts to build long-range ballistic missiles. These efforts were further assisted by the success of the North Korean spies who in the early 1990s succeeded in getting the blueprints (and, perhaps, some components) of the Soviet R-27 submarine missiles.

Since the late 1990s, North Koreans have undertaken a series of long-range missile tests which have all failed – even though the North Korean media either remained silent about launches or claimed success (failure was officially admitted only once). However, North Korea indeed successfully launched what it claims to be a satellite, thus demonstrating that it had mastered some important technical skills in December 2012.

The 2012 satellite launch vehicle, known as Unha, is still far from being a deployable ICBM as long-range ballistic missiles are known. In order to have an ICBM, the North Koreans have to first test the so-called “re-entry vehicle”, which would protect the warhead when it descends on a target from orbit, and some elements of the design have to be re-worked. Finally, the chain of failures followed by a single success makes one skeptical about the system’s reliability.

In other words, the North Koreans still have a great deal of work to do. However, since the 2012 success there were no new missile tests, even though satellite images confirm that North Korean rocket scientists continue their work.

There are problems with nuclear warheads as well. Like other countries, North Koreans began from large and essentially unmovable nuclear devices, which weigh tonnes and are too heavy for warheads to carry. They are now working on making the devices smaller and lighter, but they need to perform more nuclear tests in order to succeed.

Whatever its ambassadors are ordered to say, North Korea currently has neither a long-range missile delivery system capable of striking the US, nor nuclear devices small and reliable enough to be used with warheads. The North Koreans are bluffing, and one should not be surprised about it: in the past, such threats have often worked.

However, this is short-sighted. If we look from a wider perspective, we could glean that there is little doubt that in due time North Korea will succeed in acquiring full nuclear and missile capability.

The country might be poor (less so, though, than most westerners believe), but its people are stubborn and committed, and their political elite believe, rightly or wrongly, that only full-scale nuclear and missile potential will secure their country and their regime against a possible foreign attack. So sooner or later, the threats so liberally dispersed nowadays by North Korean diplomats, will cease to be groundless. 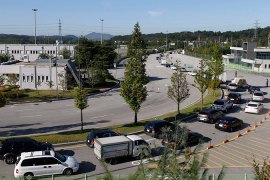 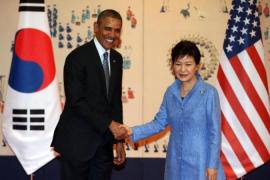 The ‘benign neglect’ of North Korea

N Korea is trying to show the world the inefficiency of Washington’s ‘strategic patience’ policy. 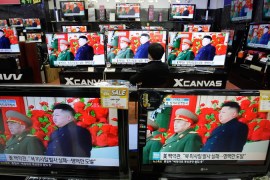 The ghost of North Korea

Despite new leadership, the country is still being run based on principles set out by Kim Jong-Il and his father.