Taking a page out of the history of Soviet policies during the Cold War, the Islamic State of Iraq and the Levant (ISIL) is exploiting the weakness of the anti-ISIL coalition strategy of containment by demonstrating its reach extends beyond the territory it controls in Syria and Iraq.

ISIL’s recent attacks (or claims of such attacks) in Libya, Tunisia, and possibly in Yemen are showing potential recruits and countries in the anti-ISIL coalition that it can take its fight anywhere in the broader region, and no walls around it will prevent it from doing so.

Unfortunately, because of the large number of recruits it has attracted, and even some bases it has been able to create in chaotic countries like Libya, it can continue to send attackers to many places outside of Syria and Iraq.

The rapid expansion of ISIL in the summer of 2014 – from eastern Syria into western, central, and northern Iraq – was stopped by a combination of US air strikes, mobilisation of Shia militias (aided by Iran) and Kurdish peshmerga forces. Baghdad, the Shia south, and the Kurdish north were thus saved, but ISIL remained in charge of most of the Sunni areas of Iraq.

No closer to victory

The United States then settled on a strategy of building an anti-ISIL coalition that included countries in the neighbourhood, plus several of its European allies. The idea was to contain ISIL and weaken it by air strikes, with the hope that a retrained Iraqi army and a moderate Syrian rebel force would eventually take the fight to ISIL on the ground.

Although this strategy has worked to some degree – containment has prevented ISIL from capturing more territory in Iraq – it certainly has not brought the coalition any closer to victory. First, a recent offensive by the Baghdad government to take Tikrit in the Sunni heartland has stalled, and the political ramifications of this offensive – led mostly by Shia militiamen under an Iranian “Quds Force” commander – has the potential to exacerbate deep sectarian divisions.

Second, the creation of a moderate Syrian rebel force to fight ISIL has only recently begun, and this force’s potential numbers – about 5,000 fighters – are insufficient to challenge ISIL. Complicating matters is that these rebels do not want to limit their fight to ISIL, but want to take on Assad’s forces as well.

By establishing bases outside of Syria and Iraq, ISIL can make terrorist training much more convenient for neighbouring militants, as witnessed by the two Tunisian youths who recently killed 21 foreign tourists ...

And third, coalition air strikes, while killing perhaps hundreds of ISIL fighters, have probably been offset by ISIL’s ability to recruit new fighters from areas it now controls, plus adherents from inside and outside the region. So, militarily, the situation is a draw.

Like the Soviet Union during the Cold War, which was surrounded by pro-western states (the so-called “Northern Tier” in the Middle East) under a US security umbrella but which found a way around this cordon, ISIL is successfully “hurdling over” the surrounding coalition states to extend its reach.

It has been able to do so because: a) chaos in several Arab countries has created unstable areas where extremists can flourish and train; b) it can send foreign Arab fighters back to their home countries to undertake terrorist attacks; and c) its successful “brand” of being the most militant of the jihadist groups (even overtaking al-Qaeda) means that radicals in the region will want to associate themselves with ISIL even if they have not gone to Syria and Iraq.

Hence, it is not surprising that a growing number of militant jihadist groups in the region are pledging support to ISIL.

Moreover, by establishing bases outside of Syria and Iraq, ISIL can make terrorist training much more convenient for neighbouring militants, as witnessed by the two Tunisian youths who recently killed 21 foreign tourists at a museum in Tunis. They apparently trained with an ISIL-affiliate in Derna, Libya.

This attack served several purposes. It targeted the one and only success story of the so-called Arab Spring – Tunisia – often held up as a model not only among secularists and moderate Islamists in the region, but by western countries – showing that Tunisia too is vulnerable.

ISIL also wanted to send a message to the 3,000 or so Tunisian militants who have gone to Syria and Iraq to fight that it “cares” about their home country and wants to see the so-called caliphate extended there. And the attack served to rattle the anti-ISIL coalition by showing that no state that professes to be against ISIL is safe, hoping to weaken the coalition’s resolve.

When the Soviet Union jumped over the Northern Tier to extend its influence in the region, the United States and its allies had to adjust their strategy accordingly. This required a substantial investment in the countries of the region to dispel the appeal of Marxism, which had a significant following for a time among the Arab intelligentsia.

So far, in the battle against ISIL and like-minded groups, the West has not made a similarly vigorous effort. It is revealing that the two youths who carried out the recent terrorist attack in Tunis (and were killed in the process) were from poor areas of the country – one from a working-class suburb of Tunis, the other from the town of Sbeitla in the western part of Tunisia.

Until countries like Tunisia, with substantial outside help, are able to tackle serious socio-economic problems like unemployment, many of its youth will remain vulnerable to the entreaties of groups like ISIL, which, in its warped way, give meaning to young people’s lives and provide them a path to a supposed utopia. 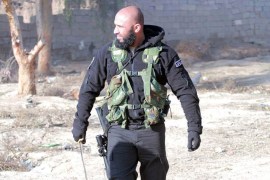 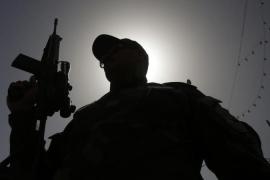