Hardly had the official results from the latest Israeli Knesset (parliamentary) elections been posted than scores of pundits raced to pen down their opinions. There were those who were jubilant with the outcome – yes, they do exist in the USA, in Europe and even within some ruling echelons of the Arab World. Then there were those who saw an apocalyptic cloud darkening further over this land of milk and honey, perpetuating a fetid occupation and as a result strangling democracy.

In my opinion, the truth lies somewhere between those two stark polarities. And that halfway grey zone exists whether Prime Minister Benjamin Netanyahu denies the existence of a future Palestinian state or accepts it with his mercurial qualifications.

I am frankly not bothered if Isaac Herzog was nerdy and lacked political charisma or else if Tzipi Livni cast a negative pall on the electorate. Nor do I wish to lampoon any of the other candidates let alone address those grave domestic problems that the Zionist Union amplified almost exclusively whilst Likud ignored almost exclusively too.

Today, I would merely like to argue why the outcome in my opinion is not such an awful thing for the Israeli-Palestinian conflict. For someone who was involved with second-track negotiations during the Oslo years and who subsequently became disillusioned with this dud process, the re-election of Benyamin Netanyahu will magnify the sharply contrasting facets of the conflict and perhaps coerce the Palestinian Authority, the USA and the EU to undertake some hard choices.

The new Israeli coalition government will no doubt lurch the country toward more right-wing radical postures and in so doing alienate the slim prospects for a two-state solution.

Netanyahu is not lying: the man speaks the truth when he says that he does not want a Palestinian state ... because he realises that one can barely be established on viable 1967 borders.

Netanyahu is not lying: the man speaks the truth when he says that he does not want a Palestinian state – Bar-Ilan notwithstanding – because he realises that one can barely be established on viable 1967 borders. Is this not the new political benchmark or are we lulling ourselves into a false inertia?

To my mind, the Israeli-Palestinian conflict remains willy-nilly one of the MENA key hubs. So given that the US cannot contribute much on its own and that Israel will simply continue to expand its colonies while fudging over the two-state solution, Palestinians should stand up for their rights.

This requires bold steps rather than fulminations – even if it means forsaking their “privileges” – and the EU has to gird up its loins (assuming it still possesses them) and act resolutely.

The Israel of sunny Tel Aviv is increasingly oblivious to the Palestinians’ plight, and the Israel of sombre Jerusalem is vehemently set against any solution predicated on territorial compromise.

So there can only be political motion once Israel feels the painful onus of occupation and when Israeli politicians like Stav Shiffer go head-to-head with the prevalent political practice of airbrushing Palestine out of the Israeli political psyche. Bite the bullet and move forward, I say, or else conditions will continue to fester, radicalism will be on the rise, and the tales of woe will lead to another conflagration.

Dr Harry Hagopian is a London-based international lawyer, political adviser and ecumenical consultant on the MENA region. He is also a second-track negotiator and works closely with European institutions. 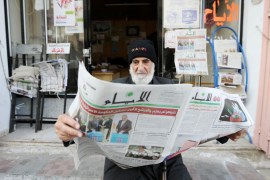 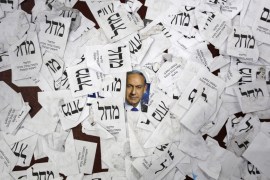