As Washington prepares for the first official trip of Afghan President Ashraf Ghani, a US National Security Council official, Jeff Eggers, described the US administration’s relationship with the new Afghan president as “better and qualitatively different” than what it used to be with his predecessor, Hamid Karzai.

Dan Feldman, US special representative for Afghanistan and Pakistan, called Ghani and Chief Executive Abdullah Abdullah “competent partners with a very different approach towards the bilateral relationship with the US, and hailed their “very different vision” which is “very much in alignment” with what the US has laid out from “security to reconciliation”.

Reading the above statements from these senior US officials, which are demonstrative of the general opinion of the US involvement in Afghanistan, one can understand how selfish and reckless the American perspective is for its bilateral relationship with a poor country like Afghanistan.

As a close aide to the former president, I witnessed firsthand how Karzai endeavoured to improve and strengthen relations between Kabul and Washington over the years behind the closed-doors bilateral talks with senior US officials.

All Karzai wanted was for the US administration to better understand him as the leader of the country and to respect Afghan sovereignty and dignity in its policies and in its actions towards Afghanistan.

Karzai’s main concern – the key reason for the deterioration of Kabul’s relations with Washington – was the issue of unilateral military operations, including blind US airstrikes on Afghan villages and towns killing innocent Afghans including children and women.

Based on a recent study conducted by a London-based research and advocacy organisation called Action on Armed Violence (AOAV), with the withdrawal of foreign troops from Afghanistan and reduction in US military operations, “civilian deaths from aerial bombing in Afghanistan have fallen”.

The US administration's expectation was for Karzai ... not to contradict its policies. Had Karzai turned a blind eye on US wrongdoings in Afghanistan, he would have been considered an 'adequate strategic partner' ...

Iain Overton, director of policy at AOAV, said that with the termination of foreign military operations in Afghanistan, “NATO recognised that even with well-trained and well-quipped militaries, mistakes were still made in Afghanistan that meant far too many civilians were being killed by their bombs.”

The issue of civilian casualties was always at the top of Karzai’s concerns but did the US administration take any measure to ensure the protection of Afghan civilians? It would not be incorrect to say it took no measures at all.

The US forces detained and kept thousands of Afghans in illegal detention for years without trial, in the maximum security prison Bagram. They financed and armed militias and warlords, which according to the New York Times now “have become more predatory … to feed themselves and because there is no one to stop them”.

Such policies fed into Taliban propaganda, with many becoming sympathisers, eventually resulting in many civilians joining the ranks of the Taliban as well as other anti-government armed forces adding to the overall insecurity and instability in the country.

Lack of clarity in US policies towards Pakistan and the so-called war on terror gave Karzai every reason to believe that the US seeks to perpetuate the war in Afghanistan and is conspiring with Pakistan to interfere in Afghan affairs.

From the Afghan perspective, the US could – and should – have pressured Pakistan to halt aiding, abetting and sponsoring terrorism.

Yet the US administration’s expectation was for Karzai to remain silent and not contradict its policies. Had Karzai turned a blind eye on US wrongdoings in Afghanistan, he would have been considered an “adequate strategic partner” or as he had once been described by US officials as well as scholars like Barnett Rubin: “The most pro-American leader you can ask for in the Muslim world.”

Karzai was not anti-American. Like every other patriot Afghan, he was grateful for every penny of US assistance to the people of Afghanistan. He repeatedly expressed his appreciation for the sacrifices that the international community made in Afghanistan.

In an interview with author William Dalrymple, Karzai said: “I feel it is my responsibility to make sure that the future is better for the Afghan people than ever before. I just hope the Americans will realise I have a responsibility toward Afghanistan, and that my being adamant about issues is not in opposition to them. I am not an opponent of the West. I am just the slave of the interests of the Afghan people. And that I shall fulfill.”

Now, although the US administration expects Ghani to deliver the message that “He is not Hamid Karzai”, he had better make it clear to Washington that he is first and foremost an Afghan and his priority is to fulfill the interests of his people.

Afghans want bilateral relations with the US on the basis of mutual respect as two sovereign countries in its practical terms. But it would be of no benefit to them if the US partnership with Afghanistan does not translate into peace and stability in their country.

Aimal Faizi is an Afghan journalist and former spokesperson for former Afghan President Hamid Karzai from 2011-2014. 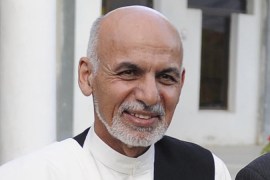 Troop pullout on agenda for Afghan president’s US visit

Ashraf Ghani to meet with President Obama and Secretary of State Kerry in his first trip to Washington as president. 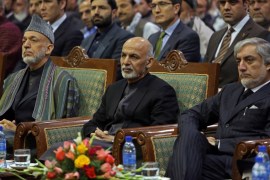 Can Ghani, Abdullah and Obama create a new narrative for troubled Afghan-US relations?