Gagauzia, a tiny autonomous region in Moldova, checks most of the boxes for Russian meddling. It is ethnically Turkic, religiously Christian Orthodox, and the main language spoken is Russian. The region is a byproduct of imperial rivalry between the Ottoman and Russian empires typically found in the Black Sea basin in the 19th century. Like Crimea, it was taken by Russia from the Ottoman Empire. In this case, Russia acquired Gagauzia after the Russo-Turkish War (1806–1812) as part of the 1812 Treaty of Bucharest.

Today, it is the poorest region of Moldova and Gagauzians blame the westward orientation of the central government for many of their problems. Local politicians regularly use separatists and pro-Russian slogans to drum up local support. Events in eastern Ukraine have only encouraged this.

Russian meddling in Moldova is nothing new. One only has to look at the breakaway republic of Transnistria and the 2,000 Russian troops that are based there to keep the conflict “frozen”.

Pro-Russian sympathies run deep in Gagauzia. During last year’s national elections in Moldova, the pro-Russian Socialist Party got their best result in Gagauzia. While the rest of Moldova is targeted by Russian economic sanctions, both Transnistria and Gagauzia enjoy exemptions.

In February 2014, as the crisis in Crimea was reaching a peak, and eastern Ukraine was starting to simmer, the regional government in Gagauzia held two referenda.

The second referendum asked about support for a so-called “deferred independence” bill being proposed in Gagauzia’s legislative body. This proposed bill would allow the autonomous region to become automatically independent if Moldova ever lost its national sovereignty. Again, the outcome was a landslide: 98 percent voted in favour of the motion.

Moldovan authorities said that the referenda in Gagauzia were unconstitutional, calling it an attempt to undermine the country’s foreign policy. Unsurprisingly, Moscow backed these referenda. Russian media widely reported the results. The voting was monitored by a Transnistrian-born member of Russia’s State Duma, Roman Khudyakov. Less than 24 hours after the voting ended, Russian Deputy Prime Minister Dmitry Rogozin welcomed the turnout and the outcome.

Putin's behaviour is like that of the Russian Tsars who built the Imperial Russian Empire nation by nation, khanate by khanate, and kingdom by kingdom.

To understand Russia’s motives in Gagauzia it is important to understand Vladimir Putin’s view of Russia’s role in the world. What the world is witnessing today is not a resurgent Cold War or Soviet-style Russia as commentators frequently claim, but an Imperial Russia. Putin’s behaviour is like that of the Russian Tsars who built the Imperial Russian Empire nation by nation, khanate by khanate, and kingdom by kingdom.

In the eyes of Russians at the time, the 17th and 18th century territorial gains that, in part, defined Imperial Russia were regarded not as “annexations” but as taking what was already theirs. At the time, Russia’s imperial conquests in eastern Europe were popularly characterised as acts of liberation of fellow Orthodox Christians from Polish Catholic or Muslim rule.

Take out the religious dimension and replace it with the need to protect – to paraphrase Vladimir Putin – Moscow’s fraternal ties with Russian speakers, and there is a similar situation today.

During imperial times, what is today known as Transnistria and Gagauzia in Moldova was once known as Bessarabia. In the same way those in the Kremlin fantasise about re-creating Novorossiya (the Tsarist-era name for southern Ukraine) there are many around Putin who would like to see the historical region of Bessarabia brought back under Russian control.

Transnistria, with its estimated 2,000 Russian troops, shares a 400km border with western Ukraine.  Therefore, bringing Gagauzia under Russian influence would almost complete Russia’s control of Ukraine’s western border. It would also place Ukraine’s Odesa Oblast under further threat from Russian aggression. This fits in line with Putin’s imperial vision of the region and his designs on Ukraine.

On March 22, Gagauzians go to the polls to elect their Bashkan, or governor. Already, Moldovan politicians have accused Moscow of meddling in the run up to election day. In response, prominent Gagauzians have warned the central government to stop criticising Gagauzia’s “strategic partner, the Russian Federation” or otherwise they will have no choice but to take to the streets. No doubt, Putin would see such a scenario as a very convenient pretext for Russian intervention.

Whether it is South Ossetia, Abkhazia, Donbas, Crimea, or Transnistria, Russian leaders today see themselves as taking what is already theirs to have, just as their ancestors did in the 19th century.

There is no reason to believe that Gagauzia is viewed any differently. 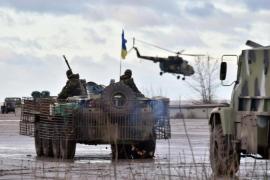 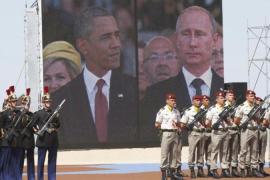 Conquering Russia and the ‘heartland’

What happens when US moralistic interventionism collides with Russian imperial inertia?