On Monday, the French ministry of interior moved to block access to websites “condoning terrorism”.   According to a new security law, the minister, Bernard Cazeneuve, first asks the website owner to remove the material deemed extremist; if no response, he issues a directive to the Internet service providers stating that they have 24 hours to take “all necessary measures to block the listing of these addresses”.

Visitors to the blocked sites are taken to an “official” page from the French interior ministry, that shows a red hand, and warns that the site they are trying to access “provokes” or “apologises” for terrorism. By Thursday, France’s attempts to block extremist websites had come under heavy criticism, and some ridicule.

What is striking is how swiftly this measure came into being. Counter-terrorism laws, authorising the blocking of extremist websites, were approved by the French parliament last November, put into effect by a decree issued on February 6, weeks after the Charlie Hebdo massacre.

In late February, Cazeneuve traveled to Silicon Valley, meeting with representatives of Google, Twitter and Facebook executives asking them to cooperate with French officials during investigations, and to remove extremist material when alerted.

Spokesmen for the US tech giants declared that they were already removing material inciting violence, but would not say if they would communicate directly with French officials, as Cazeneuve requested, bypassing the usual government-to-government  channels.

French government officials first asked Twitter to delete “hateful” tweets in December 2012, arguing that the French servers that hosted Twitter were subject to French hate speech laws. In July 2013, Twitter did turn over user information to a prosecutor in Paris, in response to a law enforcement request.

France’s crackdown on extremist websites appears to be inspired by the British experience. Several European countries (Spain, most notably) and even the US are looking to the British Preventing Violent Extremism programme in developing their own counter-violent extremism programme.

In mid-January, the European Union’s Counter-terrorism coordinator issued a report praising the “excellent example” of the UK Counter-Terrorism Internet Referral Unit (CTIRU), noting that “Since February 2010, social media platforms and other parts of the internet industry have voluntarily removed 72,000 pieces of terrorist content following referrals from CTIRU,” adding that “The UK is committed to sharing its experience across the EU“. France has since forged ahead with these cyber-security measures.

Cybersecurity experts consulted by the government did express their reservations about the banning order, warning about the 'porosity' of the measure.

The move to block websites has prompted criticism from human rights activists and security specialists. Although Cazeneuve stated that “I make a distinction between freedom of expression and the spread of messages that serve to glorify terrorism”, the barring order has brought criticism from civil liberties activists who decry the “opacity” and anti-democratic nature of the new law, which permits the ministry of interior to block sites it considers extremist, without an order from a judge, or any legal process.

And while the government claims that website owners and hosts are given 24 hour warning, Octave Klaba, chairman of European Internet Service Provider OVH tweeted that his firm had not been given any warning before one of his sites was blocked, calling the policy a “nuclear bomb”.

And then there the journalists – like David Thomas, who study jihadist movements – who argue that one of the sites blocked is actually minimally influential, and not meriting that kind of crackdown.

Cybersecurity experts consulted by the government did express their reservations about the banning order, warning about the “porosity” of the measure. But the French government still proceeded – and French journalists this week have derived some enjoyment showing how many of the “banned” websites are still accessible – the graphic of a red hand not showing up where it should.

Other critics demonstrated online that the “block” was easily circumventable – by switching from a French provider to say an American one. Others yet listed all the French providers who were not complying with the banning order. (One US headline quipped, “France’s Crackdown on Terrorism Sites Isn’t Going So Well.”)

While acknowledging the glitches in the roll-out of the policy, the French government is proceeding undaunted with its counter-terrorism measures (as part of the new security laws, six French citizens thus far have had their passports confiscated to prevent them from traveling overseas.) The magazine Telerama reports that another 50 servers have been contacted the ministry of interior, and that several hundred websites could be targeted by a banning order. 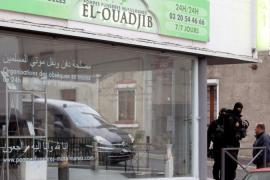 French jihadists in Syria and cyber-indoctrination

Rising number of French nationals in Syria is more about teen angst than genuine religious convictions. 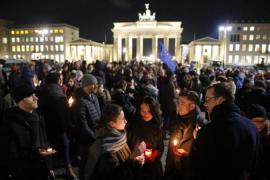 Islam has been unfairly criticised and ridiculed in the west for centuries.