As millions of Israelis go to the polls, there is an expectation that six years of Benjamin Netanyahu’s right-wing government might be coming to an end. When you look across the political spectrum in the country, out of 25 parties competing, none of them are talking seriously about their plans on the Palestinian issue. Stalled peace negotiations for 20 years since the Oslo Accords, several wars with Hamas, and the reality on the ground in the West Bank has not changed in the Palestinians’ favour. The chaotic Israeli elections are a symptom of the problem, as is Israel’s quest every few years for a centrist “new politics”.

On February 6, Jonathan Freedland, the executive editor of The Guardian claimed: “Israelis have a chance to dump Netanyahu, I fear they won’t seize it.”

His view parrots that of many of those unfamiliar with Israel’s convoluted proportional representation system. Netanyahu’s Likud party garners about the same percent of votes the Liberal Democrats do in the UK, but because of the coalition politics in Israel, which tends to reward the right wing parties, he has been able to form government after government.

The electorate remains highly balkanised between Ultra-Orthodox Jews parties, a newly formed Joint Arab List, and other parties that cater to various minority groups. However there is a noticeable trend in Israel towards supporting a centrist party that offers a new promise for the future.

Beginning in the late 1970s, Israeli voters have constantly sought a way to break out of the typical left-right divide in politics. This centrist voting block supported parties with names like Dash (Democratic Movement for Change), ShlomTzion (Peace Israel), Third Way and Shinui (Change). This came to a head in 2006 when Kadima (Forward) received 22 percent of the vote and 29 seats in the 120 seat Knesset. With 700,000 votes, it was the largest party in the country.

In the 2013 elections, as the Kadima party sank to only 2 percent of the vote, its place was taken by yet another centrist party called Yesh Atid (there is a future) which gobbled up 15 percent of the vote and became the second largest party in the country.

The evidence is clear not only from the names of these various parties but their platforms and the popular appeal they have, that Israelis want a new style of politics. However those hoping that this “new politics” will mean anything for the peace process and the Palestinians are frustrated to see, time and again, that the electorate cares less and less about the peace issue.

The reasons for this are multifaceted. After the end of the Second Intifada, the method of attacks shifted from large scale suicide bombings to a missile and rocket threat from Hezbollah in Lebanon and Hamas in Gaza. As Israel developed technology to confront this threat and completed its construction of the separation wall (often called “security barrier” in the country); the threat of terror was reduced. The public shifted its focus to immediate economic concerns.

Those hoping that this 'new politics' will mean anything for the peace process and the Palestinians are frustrated to see, time and again, that the electorate cares less and less about the peace issue.

Housing prices in Israel are more expensive, in terms of salaries needed to buy a home, than in any other western or OECD country. Salaries have not increased, even as home prices skyrocketed 100 percent in the last half decade in major cities. If you look at the major issues the voters are confronted with in the recent election, it boils down to a scandal involving allegations the prime minister overspent on household goods.

This doesn’t bode well for the peace process. In a February 1 column by the left wing columnist Gideon Levy, he wrote that the head of the major opposition party to Netanyahu, Isaac Herzog “has announced that he will devote up to five years to negotiations [with the Palestinians]”. He claimed this will “entrench the occupation”. But the real message is that negotiations, that have gone on for decades, are not a major issue.

The major change in this year’s elections is the emergence of a Joint Arab List party that unites Palestinian voters in Israel. Equally divided between communist, nationalist and Islamic party candidates, it appears to present a united slate that would force Jewish Israelis to come to grips with the Arab minority. But it has mostly been excluded from debates and the issues it discusses are ignored.

On February 24, Hanin Zoabi, the fifth member of the Joint Party’s list, wrote on Facebook: “We do not fight racism with racism, not murder with murder, and repression with repressions, ours is a humanitarian project calling for justice”.

The leader of the left wing party Meretz, which usually garners only 5 percent of the vote, said on February 23: “If there is no diplomatic agreement [with the Palestinians] within two years, the world will force one on Israel.”

Strong words, but the reality is that the words fall on deaf ears. Many Israeli voters would like a solution to the conflict. They have often sought out a new political centre that they hope can focus on economic issues and move the country away from never-ending conflict. However these centrist leaders have not been willing to present a plan for a final agreement with the Palestinians or have a frank discussion with the electorate about the sacrifices that would need to be made for a peace agreement to happen. 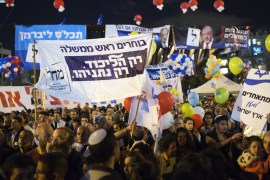 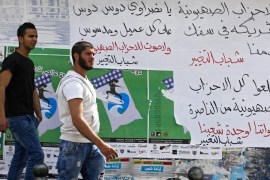