A truth commission examines terrible crimes but it is not a criminal inquiry, and although it hears evidence it is not a court of law. It may lead to prosecutions, but it is also about giving official recognition and redress to victims; creating an historical record; and providing recommendations to address the causes of conflict.

In other words, a truth commission is supposed to bring a form of justice which is different from normal legal procedures, and it needs to be thought of in a supple way.

Justice of any sort is a rare commodity in Nepal, where there is great inequality, frequent discrimination, and the courts rarely rule against the powerful on behalf of the weak. It may, therefore, seem a cause for celebration that nine years since the country’s cruel civil conflict ended, two separate transitional justice commissions have finally been established.

Very sadly, there is little sign that they will deliver a successful process, and the outcome may be a travesty.

A law to protect perpetrators

Over 17,000 people were killed in the conflict, which lasted from 1996 to 2006. The then Maoist rebels kidnapped and murdered alleged informants and “class enemies” and also committed other atrocities, most notably the bombing of a civilian bus in 2005 which killed 36 passengers.

The army was responsible for a number of massacres of unarmed people or civilians, and also for a policy of secret detentions, torture and extra-judicial killings. Some 1,347 people are still listed as “disappeared”, most of them presumed killed while in state custody.

But the people who currently run Nepal are broadly the same people who fought the war. All of the major parties (not least the Maoist former rebels) are therefore committed to providing impunity for perpetrators. No one has ever been punished for wartime atrocities.

This is consistent with the impunity with which Nepal’s rulers conduct themselves in general. The lack of justice for human rights abuses exists in a context where there is also no accountability for the gross misuse of national resources, and where governments of all stripes fail to rule in the public interest.

Meanwhile the army has come through the peace process unreformed, its power and autonomy untrammelled. It is a mark of the army’s great influence that (even less than in the past) hardly anyone speaks publicly of its notorious financial corruption, its murky internal politics, nor – especially – its atrocious human rights record.

Mindful of these facts, human rights activists have heavily emphasised prosecutions as their goal for the transitional justice process, while political leaders have responded with determination to include amnesty provisions in the legislation.

In January 2014, the Supreme Court ruled against repeated attempts to incorporate amnesty provisions, yet the transitional justice law which was passed a few months later included the same provisions.

That legislation also established two commissions – a Truth and Reconciliation Commission (TRC) and a Commission to Investigate Enforced Disappearances. The commissioners have recently been appointed, and they are preparing to start work.

Then, at the end of last month, the Supreme Court issued a second strong judgement, once again ruling the amnesty provisions unlawful. Yet, it is not clear that this is enough to restore credibility, and the issue of amnesties is only one of the weaknesses of the process.

The lack of justice for human rights abuses exists in a context where there is also no accountability for the gross misuse of national resources, and where governments of all stripes fail to rule in the public interest.

Many victims complain that they have hardly been consulted, and they have therefore established a new group called the National Victims Alliance to represent their views.

They say that although they are opposed to widespread amnesties, prosecutions are not their top priority. Rather, they most urgently want to know what happened to their missing relatives, who were often the family’s main earner. They want official recognition and support, such as in educating their children. Many of them belong to remote and impoverished places, and beleaguered social communities. They are powerless and poor, which is among the reasons they were victimised in the first place. They want social and economic rights.

And even as they object to their treatment by the authorities, some victims also criticise rights activists whom they say have pursued their own, sometimes partisan, agenda for prosecutions, with little heed for victims’ material and psychological needs.

Metropolitan activists are also accused of sidelining social and communal issues, such as why so many of the disappeared belong to the historically persecuted Tharu community. Amid general political polarisation, victims complain that they have often been divided according to which side victimised them. “Truth” and “reconciliation” are pursued in name only.

At least a step forward?

In this situation can the new commissions, however imperfect, be a step forward? Can they bring some redress to victims, provide some credible accounting for what happened, and open up at least some more space for holding the powerful to account? Any gains should be welcomed, but as things stand, it seems over-optimistic to hope for much.

The commissioners who have recently been appointed are seen as party loyalists, with neither political independence nor relevant expertise.

Neither the government nor either of the two commissions has given any response to the Supreme Court’s latest ruling against their amnesty powers. Will the legislation be revised? The parties may yet attempt to simply disregard the court. It wouldn’t be the first time.

Thus the controversy over amnesties and prosecutions continues to dominate, undermining the process’ credibility as other aspects receive little attention. Another provision which the Supreme Court has repeatedly ruled against, but which has so far been retained in the legislation, appears to allow the commissions to affect “forced reconciliation” between victims and perpetrators. Again this is designed to get powerful perpetrators off the hook. If anything like that is attempted, it will be grotesque indeed.

Thomas Bell has reported on Nepal for over a decade. His new book of history and reportage, ‘Kathmandu’, is published by Random House India. 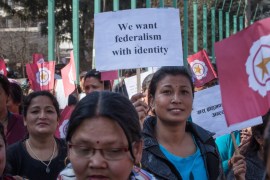 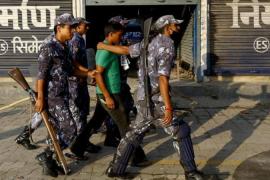