A video, released by the Islamic State of Iraq and the Levant group (ISIL), documenting the execution by immolation of captured Jordanian pilot Moaz al-Kassasbeh represents a shift in its strategy of communicating brutality.

Before Kassasbeh’s execution, ISIL implemented a strategy of brutality ranging from forced expulsions of Syrian and Iraqi groups deemed “heterodox”, destruction of their religious sites, and enslavement of their women.

When ISIL implemented capital punishment, such as crucifixions, beheadings, and throwing gays off rooftops, each act in itself was brutal, but the fact that ISIL sought to film and document these events for future dissemination served the dual purpose of instilling resolve in its core constituency and terrorising the publics of its enemies.

ISIL’s previous executions of US and British citizens were designed to manipulate the leaders of the US and UK to react and acknowledge that despite their advanced militaries deployed against ISIL, the group had the means to retaliate.

The recent execution follows the same pathology, demonstrating how it could manipulate the King of Jordan. The use of immolation sent a particularly nasty and brutal message of revenge against a Muslim head of state.

In the case of ISIL’s recent execution, it has shown that it does not accord to Hannah Arendt’s notion of the Banality of Evil, where the elimination of Europe’s Jewish population was routinised and systemised in the Nazi bureaucracy managing the Holocaust.

ISIL seems to demonstrate that its violence is not banal, but that it escalates its acts of savagery, beginning with beheadings to burning a human being. The act of beheading by knife and sword, in ISIL’s calculation, might give the impression to the publics it seeks to terrorise as something that ISIL has routinised.

Immolation in this case was designed for greater shock value. ISIL’s execution demonstrates that it has become obsessed with crafting the spectacle of execution, seeking new ways to both inspire and shock publics, specifically the Jordanian public.

The execution of this Jordanian pilot in this brutal fashion also has a tragic symbolic significance. The irony of the Jordanian pilot’s execution is that he ultimately succumbed to the violent legacy established by another Jordanian, Ahmad Fadhil Nazzal al-Khalaylah, otherwise remembered by his nom-de-guerre, Abu Musab al-Zarqawi.

The execution of this Jordanian pilot in this brutal fashion also has a tragic symbolic significance. The irony of the Jordanian pilot's execution is that he ultimately succumbed to the violent legacy established by another Jordanian, Abu Musab al-Zarqawi.

Hailing from the Jordanian town of al-Zarqa, in the aftermath of the 2003 Iraq war, al-Zarqawi would establish the terrorist group that would later morph over a decade into ISIL.

In another ironic twist, the woman in Jordanian custody who was to be released in exchange for Kassasbeh, Sajida al-Rishawi is an Iraqi who took part in a bombing at a hotel in Amman, Jordan, in November 2005, an incident where the pre-ISIL terrorists in Iraq expanded their war to Iraq’s neighbour.

Besides the tragic deaths of innocent civilians attending a wedding during this attack, one of the victims included Moustapha Akkad, the Syrian-born director of both the “Halloween” film franchise and “The Message”, a biopic of the Prophet Muhammad produced in both Arabic and English.

Zarqawi’s group and its later incarnation has always been a nihilistic death cult acting in the name of Islam, and the act of killing a director who had done more in his lifetime in the service of educating publics about the life of the prophet only illustrated that ISIL and its predecessor organisation have done more damage to the Islamic world itself than anything else.

From the 2005 Amman attack to the recent execution, examining the perpetrators of this violence and its victims demonstrate that what is occurring is a Muslim civil war that has also unfortunately led to the death of numerous innocent non-Muslims as well, illustrated most recently by the death of the Japanese hostage Kenji Goto.

To recap, a Jordanian, Zarqawi moved from Jordan to Afghanistan to Iraq in 2001, set up a terrorist group that killed thousands of Iraqis, and dispatched Iraqis to Jordan in 2005 to kill Jordanians and a prominent Syrian director. A Jordanian pilot, sent to combat a transnational terrorist group in Syria and Iraq is killed in 2015 by that very group established by a fellow Jordanian.

What killed Kassasbeh was not Islam. What killed him are the new dynamics of globalisation and transnational violence that have consumed the Middle East and the Islamic world, unleashed by the 2003 Iraq war and the 2011 Syrian civil war.

While sympathies to ISIL might have existed among elements in Jordan’s society, this execution will most likely strengthen Jordanian resolve in combating this group. In the impoverished Jordanian town of Maan, support for ISIL has been vocal and explicit, with inhabitants of the town flying ISIL’s flag.

Kassasbeh’s death will most likely harden Jordanian resolve and eliminate any public sympathy for ISIL. However, Jordan is now at a critical juncture. A heavy handed response by the Jordanian state against Maan in light of Kassasbeh’s execution might have the inverse effect of dissipating any sympathy for the pilot’s death, and spur some of its citizens to join ISIL.

How the Jordanian security forces and the state will react after the death of its pilot will have ramifications for its long-term security. Jordan has announced it has executed Rishawi in response to Kassasbeh’s death. As I wrote in response to Obama’s State of the Union speech, state-sanctioned violence in response to non-state actor violence will continue to produce an endless cycle of violence if not coupled with addressing the conditions – unemployment, humiliation, lack in governance – that produce terrorism in the first place.

As a non-Jordanian, it might be easy for me to write that Rishawi should not have been executed. But as an Iraqi-American, who has witnessed the likes of Rishawi devastate my native Iraq, I understand the desire for revenge.

However, her execution raises the ethical quandary of should the Jordanian state match, tit-for-tat, the violence of ISIL’s terrorists? 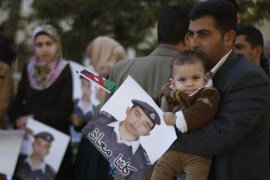 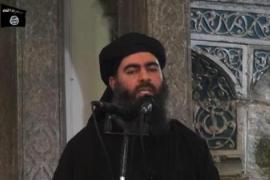 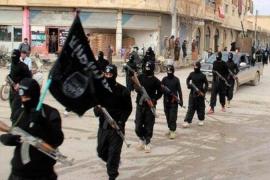 The truth about beheadings

With an act of a sword, they manage to force both Obama and Cameron to react.