Afghanistan’s third democratisation experiment continues to be threatened by two issues that derailed them: a power struggle among the elites and external powers’ anti-democratic agendas.

Afghanistan’s 2014 presidential election revealed an impressive Afghan democratic constituency across all social, political and ethnic communities and the significant progress in the democratisation of Afghan political class and discourse.

On the other hand, the election revealed new challenges and old obstacles. The Afghan electoral system was not sufficiently responsive to the reality of a multicultural, conflicted and transitioning polity. The technical and institutional deficiencies were, however, overshadowed by a segment of Afghan elites’ unwillingness to embrace democratic politics.

Their fear of not having a democratic mandate prompted them to rely on the notions of a self-claimed “ethnic entitlement” and an exaggerated “technical competency”. The combination of fear and entitlement profoundly diverted Afghan voters’ enthusiasm and courageous participation in the electoral process from an inclusive democratic path to a compromised political outcome, in the form of the government of national unity.

However, what remains unrecognised is the West’s complicity and hypocrisy in denying Afghan democratic aspiration and choice. Promoting democracy has been propagated as one of the key objectives of western military interventions in recent years.

The opponents of democracy, according to this myth, are non-western nations’ inherent anti-democratic characteristics, such as their ancient religion, tribal conflicts and patriarchal culture. Another prominent western perspective on democracy is the Euro-centric view which believes in the exclusivity of democracy for western societies.

Interestingly, the Salafists and groups such as the Taliban and the Islamic State of Iraq and the Levant (ISIL) concur with the Euro-centric’s cultural construction of democracy and firmly believe in the incompatibility of the democratic system with Islamic values.

However, democracy as a normative system rooted in universal principles such as equality, social justice, people’s sovereignty and the rule of law have a transcultural basis. The other perspective charges the West’s instrumentalisation of democracy as a tool in the pursuit of political and economic ends.

They point to abundant examples; from the toppling of the democratic governments in Chile and Iran during the Cold War to their enduring partnership with the autocratic regimes in the Middle East.

The West’s record in supporting democratic aspirations of the Afghan people also reflects the contradiction between the West’s rhetoric and their actual policies. The enlightened Afghan King Amanullah (1919-1929) was a pioneer of the constitutional government in the Islamic world and introduced many visionary social and political reforms in the early 20th century.

Then the British colonial power in the sub-continent became his sworn enemy and helped instigate his toppling from power. Almost one century later, in 2014, the British were alarmed by the prospect of an outcome of the Afghan presidential election that could be unfriendly to Pakistan’s interests and sensitivity, including London-Islamabad’s shared objective of returning the Taliban to power.

To their credit, the British were transparent about their true objective in Afghanistan. Unusual for a senior British politician to speak his mind publicly, then British Defence Secretary Liam Fox made it clear: “We are not in Afghanistan for the sake of the education policy in a broken, 13th-century country. We are there so the people of Britain and our global interests are not threatened.”

Democracy has also not been on Washington’s order of priorities. During the Soviet invasion of Afghanistan, the most radical Afghan groups became Washington’s main allies, alongside Pakistan, China, Saudi Arabia and Arab mujahideen. After the terrorist attacks of 9/11 and the ensuing American intervention in Afghanistan, democracy was submerged into Washington’s immediate security and military objectives.

We are not in Afghanistan for the sake of the education policy in a broken, 13th-century country. We are there so the people of Britain and our global interests are not threatened.

Instead, he imposed the then-malleable Hamid Karzai on the delegates. Washington’s other presidential envoy, late Ambassador Richard Holbrooke, tried the opposite in the 2009 presidential election, when he came with the explicit mandate of denying presidency to the now assertive Karzai.

Washington’s main objective in the 2014 presidential election, again, was not democratic aspiration of the Afghan voters. It was ensuring the signing of the Bilateral Security Agreement which secures basing rights for US military presence in the heart of Asia.

Furthermore, Washington allowed itself to be convinced by British-thinking about the criteria of a good Afghan president, including his ethic background and the degree of his pro-Pakistani/Taliban credential and potential.

The European Union’s transatlantic solidarity prevailed over the much-publicised EU’s democracy-promotion propaganda, as it refused to disclose the full report of its election monitors of Afghanistan 2014 presidential election and its ensuing silence over the report and the election. Consistent with the UN’s records in Afghanistan and many parts of the world, the UN became a tool and a legitimiser of anti-democratic Afghan elites and the West’s complicity and hypocrisy.

The anti-democratic Afghan elites and their western supporters’ engineering of the Afghan presidential election took the country on the edge of a major catastrophe, producing a highly fragile national unity government. More importantly, it has left huge scars. Public trust in democratic politics, process and institutions has significantly been undermined.

The eventual success of “ethnic entitlement” over “democratic mandate” had widened ethnic tensions, particularly among the political class. The Afghans’ confidence in the credibility and reliability of the West as their democratic partners has gravely damaged. Healing these scars requires a collective recognition, particularly by those who played a role in causing this betrayal.

We are at a time that the idea of democratic governance and principles is losing its universal appeal, particularly in the Islamic world. Islamic societies are confronted with two choices: autocratic rule or being terrorised by ISIL and its like-minded groups such as the Taliban.

Alongside Tunisia, Turkey, and Indonesia, Afghanistan can present a democratic alternative to the Islamic world. To this end, Afghan democracy needs more Afghan democrats and committed democratic partners. 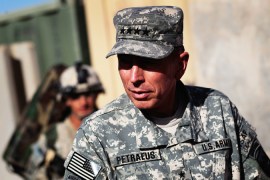 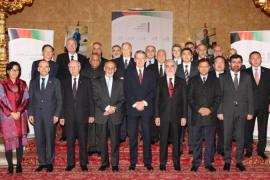