In the latest attempt to marginalise the voices of Palestinian political leaders in Israel, the country’s Central Elections Committee on February 12 disqualified Palestinian lawmakerHanin Zoabi from participating in the upcoming general elections by a vote of 27 to 6.

Though the high court overturned the decision to expel Zoabi from elections, Israeli leaders from right to left supported banning her – not even her token status in the Knesset is bearable for them.

The committee also banned right-wing extremist leader Baruch Marzel, a settler in an illegal Jewish-only colony in the occupied West Bank city of Hebron. Marzel, known for his anti-Arab activism, has long-standing ties to the Kach Organisation – a violent group that was founded by the late Rabbi Meir Kahane and which is considered a terrorist organisation by the US.

Astoundingly, the committee voted to ban Marzel by a tight vote of 17 to 16, effectively declaring to Palestinians in Israel that their nonviolent political representatives are worse than Jewish-Israelis known for their violent history and ties with known terrorist organisations.

Israeli Foreign Minister Avigdor Lieberman was quick to celebrate Zoabi’s expulsion. Palestinian Knesset members “have no ideology other than to destroy Israel,” he claimed.

Reputedly the “only democracy in the Middle East”, Israel, according to the advocacy group Adalah Legal Centre, subjects an estimated 1.7 million Palestinian citizens to dozens of discriminatory laws that stifle their political expression and limit their access to state resources.

Palestinian communist, nationalist and Islamist parties alike have participated in the Knesset for decades. Yet, voting in Israel’s parliamentary elections is an effective stamp of approval for Israel’s discriminatory regime.

Palestinian leaders in Israel defend their electoral participation by saying that we ought to accept the reality we are currently living, rather than change it, limiting our national liberation struggle against occupation and apartheid to a fight for equal rights within the so-called Jewish state.

Since its founding, Israel’s policies have employed the classic colonial tool of dividing Palestinians along geographic location, religious affiliations and ethnic sects. Palestinians in Israel are told they are not part of the same nation as our compatriots in the occupied Palestinian territories or the refugees scattered abroad.

This is not to say that we live in the same wretched conditions as Palestinians in the occupied territories or those forcibly exiled abroad. Yet, the reality on the ground is that the Palestinian minority in Israel suffers housing demolitions, land theft, killings by police, racist laws and alienation in our own ancestral homeland.

Just last month Israeli police fatally shot 22-year-old Sami al-Jaar as he stood on the front porch of his home in Rahat, a Bedouin town in the Negev region. When his funeral turned into a protest a few days later, Sami al-Ziadna died from excessive tear gas inhalation while police forces clashed with the mourners.

Just last month Israeli police fatally shot 22-year-old Samil al-Jaar as he stood on the front porch of his home in Rahat, a Bedouin town in the Negev region.

When his funeral turned into a protest a few days later, Sami al-Ziadna died from excessive tear gas inhalation while police forces clashed with the mourners.

Although 50 Palestinian citizens of Israel have died at the hands of police since October 2000, police enjoy complete impunity. An Adalah report found that only 2.7 percent of 11,282 complaints of police misconduct resulted in the prosecution of officers.

Back in September, as we protested the police slaying of 22-year-old Kheir al-Hamdan in Kufr Kanna, a town in the Galilee region, Israel’s right-wing Prime Minister Benjamin Netanyahu lashed out.

“I will direct the interior minister to consider stripping the citizenship of those who call for the destruction of the State of Israel,” he declared.

Even the highest offices of the government view our citizenship as indispensable.

Hanin Zoabi  recently told Al Jazeera that a boycott can only empower Palestinians if there is “an alternative”. But after decades of failing to slow down the onslaught of discriminatory legislation and anti-Palestinian policies, it is clear that boycott itself is the first step to building a clear alternative together as Palestinians.

Boycotting is the alternative

Since the overwhelming majority of Palestinian civil society called on the world to boycott, divest and sanction Israel back in 2005, Palestinian activists and political leaders in Israel have campaigned against cultural, political, and academic normalisation.

Even Zoabi’s Balad party has decried “normalisation” with Israel. When the Egyptian poet Hisham al-Jakh visited Israel recently, Balad put out a statement arguing: “It is clear that Israel’s racist policies, colonial practices and wars against the Palestinian and Arab people – which have increased in the last decade – require that we toughen our stance against normalisation.”

Yet, what could be greater normalisation than sitting in the Knesset, which pumps out law after law designed to further dehumanise us? Why not extend our anti-normalisation struggle to include one of the greatest violators of Palestinian rights?

Rather than pouring our money into costly electoral campaigns, our impact would be amplified by building shadow institutions to relieve the suffering on the ground and provide the basis for a unified struggle against our oppression.

Divesting ourselves from the very parliament pumping out laws designed to render us mere footnotes in our own homeland, is the first step to putting an end to the theatre of the absurd that is Israeli “democracy”.

Waad Ghantous is a Haifa-based Palestinian activist and a member of the Al-Awda organisation. 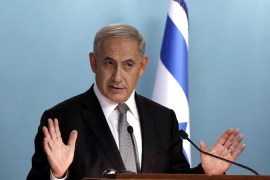 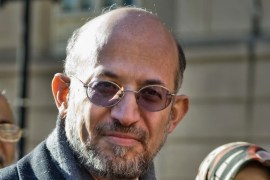 Sami Al-Arian’s ordeal shows how the US has systematically criminalised pro-Palestine activists.

The ‘Jewish state bill’ doesn’t matter to us, Palestinians

Kufr Birim: The right of return to Palestine