Turkish President Recep Tayyip Erdogan turns 61 this week, yet he remains politically dexterous enough to pull off some impressive sleights of hand.

In the wee hours of Sunday morning, Turkey’s parliament passed the first 10 articles of a controversial, 132-article domestic security bill that had in recent weeks sparked fistfights among parliamentarians and silent protests from the opposition.

A photo shared widely on social media dramatically captured, during one of these scuffles, a lawmaker tumbling down a staircase, black leather shoes pointed towards the ceiling. (Why is there a staircase in the middle of Turkey’s parliament? Great question.)

Yet, the next day’s news hardly mentioned the bill. Just as parliament had begun approving the first parts of the bill, Ankara launched a massive military incursion into Syria – more than 570 Turkish troops beside nearly 40 tanks and over 150 other vehicles, backed by helicopters and drones – to retrieve the remains of Suleyman Shah, the grandfather of the founder of the Ottoman Empire, and protect the few dozen Turkish soldiers guarding his revered tomb.

Concerns about an Islamic State of Iraq and the Levant (ISIL) attack on the tomb may be real, and Turkey may have made a necessary move with the incursion, some 30km into Syria. Yet it seemed suspiciously well-timed. It could have taken place a week from now, or last week, during a delay on the bill, or indeed any time since ISIL retreated from Kobane a month ago. Instead, the tomb raid conveniently led foreign and domestic news coverage for some 24 hours, with prominent stories in every major outlet and analytical pieces in many more.

On Monday, as security bill discussions resumed in parliament, the government released altered plans for one of Turkey’s most controversial and expensive projects – a man-made canal cutting through the European side of Istanbul to link the Marmara and the Black Sea and provide a new shipping lane. The new plans offered greater detail, yet had near-zero news value. Officials have yet to determine a geographical course for the canal, which means the latest design is far from final and construction remains years away.

On Tuesday morning, a Turkish court released a second arrest warrant for the US-based Islamic preacher Fethullah Gulen – which greatly echoed the first, issued just two months prior. Late that night, Turkey’s anonymous whistleblower Fuat Avni tweeted that Erdogan was unhappy with all the news coverage of the tomb raid and the security bill, and had called for new raids on the followers of Gulen, also known as the “parallel state”.

Hours later, police swooped down on sites across the country to take 40 people into custody in what seemed the 10th series of raids on Gulenists in the past few months. Erdogan and his ruling Justice and Development Party (AKP) appeared to go to great lengths to distract attention from the security bill this week. Why? Perhaps because its passage could damage Turkish democracy as much as any piece of legislation in the last half century.

Opposition parties argue that the bill, if made law, would create a police state. Human Rights Watch and Amnesty International have denounced it. Freedom House believes “the future of Turkish democracy hangs in the balance“. Even former President Abdullah Gul, a founding member of the AKP, has called for the security package to be reviewed.

Top police officers can now verbally approve strip searches and car searches, without a warrant. Protesters can be doused with coloured water that stains the skin for three days; detained for 48-hours without any chance to contact loved ones; and jailed for up to five years for full or partial covering of their face. That’s right – demonstrators in Turkey are legally barred from protecting their faces from tear gas, which authorities have used liberally since the Gezi protests of June 2013.

Perhaps most troubling, police can now shoot individuals they believe are attempting to attack any building or vehicle, or places where people are believed to have combustibles or devices that cause injury. It’s no longer far-fetched to envision a police officer in Turkey shooting and killing a demonstrator brandishing a poster on a wooden stick and being fully within the law.

Turkey's international reputation has taken a nosedive of late, along with the value of its currency, the Turkish lira. Journalists have been jailed for tweets, students prosecuted for insulting the president, and protesters killed in the street - with impunity, according to Amnesty.

In Erdogan’s Turkey, human rights have been less than a priority.

“Authorities have become more authoritarian,” Amnesty International argued in its annual global rights assessment, released this week. The report pointed to curbs on freedom of expression and assembly, worrying levels of violence against women, and the absence of investigations into the recent deaths of protesters in Cizre, despite evidence suggesting police culpability.

As damaging as the security bill may be, its passage is just as important for the ruling party.

“One way or another, this code will pass,” Erdogan declared a week ago.

The bill dovetails with the AKP mission to build a new Turkey. Its passage will legalise further suppression of dissent during a period of significant unrest in the country’s Kurdish region, and in the lead-up to parliamentary elections in June. Out of a total of 550 seats, the AKP’s goal is a super majority of 367, a significant leap from its current total of 312 that would enable the party to alter the constitution.

“Turkey needs a system that will enable it to make swift decisions and work faster,” Erdogan said during a rally last week. “Give us 400 seats in parliament and let’s found the New Turkey, draft the new constitution, establish the presidential system.”

Turkey’s international reputation has taken a nose dive of late, along with the value of its currency, the Turkish lira. Journalists have been jailed for tweets, students prosecuted for insulting the president, and protesters killed in the street – with impunity, according to Amnesty.

Over the past couple of years, Turkey’s leader has worked overtime to demonise his opponents. Now, thanks to all-night sessions of parliament and a smokescreen of headlines, his government will soon be all but free to assault them as well.

All signs suggest a presidential system under Erdogan would be a long way from the balanced, if flawed, systems of George Washington and Charles de Gaulle, but instead something akin to those overseen by the likes of Vladimir Putin and Bashar al-Assad. 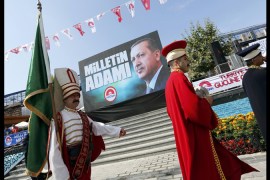 Turkey must take a long, hard look at what went wrong with its regional ambitions – and why. 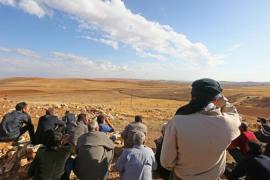 What will it take to bring Turkey fully on board? 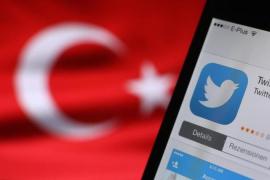