An ill-formed electorate may not be good for democracy but it often works for politicians. Canadian Prime Minister Stephen Harper could not have wished for a more compliant constituency as he prepares for the 2015 elections. An Angus Reid poll last week found that 82 percent back his new anti-terror bill, making it one of the most popular bills in Canadian history.

The 62-page Bill C-51 being “railroaded” though Parliament raises a plethora of issues and significantly alters the security landscape: It gives the Canadian Security Intelligence Service (CSIS) powers beyond intelligence gathering (to actively target threats and derail plots); creates new offences (criminalising “terrorist propaganda” and the “promotion of terror”); lowers the legal threshold to trigger detention to those who may carry out an offence from the existing standard of will carry out; extends preventive detention for “suspected” terrorists from three days to seven days (inconsistent with the constitutional presumption of innocence); legally entrenches a no fly list; and grants government agencies explicit authority to share private information with domestic and foreign entities.

Most Canadians would not oppose greater security and severe punishment for terrorists. But as highlighted by a growing chorus of opponents there is more to the bill than what appears on the surface. In fact, the devil is in the details.

The government has skirted around the issue when asked how these powers would improve the “war on terror” and labelled opponents as “soft on terror”. In fact, the leader of the New Democratic Party (NDP), Thomas Muclair, pointed out that all of the recent anti-terror busts were achieved under existing legislation.

What does “promote terrorism” mean? This terminology threatens dissent and free speech. The British Columbia Civil Liberties Association fears (rightfully so) that the bill can be used to target opponents of government policy. In fact, national security experts Craig Forcese and Kent Roach argue that this new offence is too broad and it will capture all kinds of innocent speech. Indeed, without the requirement of an actual terrorist purpose, it can be used against teachers, activists, columnists, etc.

CSIS was created in 1984 as a civilian agency (with oversight and review) to address abuses of power that occurred when the Royal Canadian Mounted Police (RCMP) handled both intelligence and law enforcement.  The bill blurs the line again.

Why does a secretive security agency need police powers without the attendant accountability? As the Globe and Mail editorialised, the bill enables CSIS and law enforcement to target anything its political masters label behind closed doors as a threat. Indeed, Greenpeace even pointed to a leaked RCMP report that called anti-pipeline activists as “anti-Canadian petroleum movement”. Moreover, CSIS’ own documents reveal that they now deem “sympathisers” as threats as well.

The radical restructuring of CSIS into a “kinetic” service while its oversight has been dissolved or starved of resources is troubling. A core maxim of national security is “trust but verify”. Given the powerful and secretive nature of the entities involved, this is an almost impossible task as it is. As retired former CSIS chief of counterintelligence, Geoffrey O’Brian, noted, “fundamental changes are occurring at a time when Parliament has come under criticism for lax scrutiny of spying”. This is simply irresponsible.

One consolation from the polls was that 69 percent believe there should be additional oversight, a view echoed by numerous critics, including 22 prominent Canadians (former prime ministers, Supreme Court justices, justice ministers, security officials, etc). Yet, the government has dismissed it outright.

Should law enforcement agencies be trusted with greater access to private information that they can share with others? The Arar Commission findings that faulted Canadian authorities for sharing information with foreign agencies resulting in the torture of Maher Arar have faded from Canadian memory. Now added concerns about information being shared between agencies should give pause for concern.

Rather than asking such questions, the opposition Liberals have been cowed into silence. Leader Justin Trudeau says he will support the bill but will work to amend it. The NDP and Green Party have taken principled stands and continue to challenge the legislation which passed second reading with a vote of 176 to 87 on Monday. Leadership sometimes requires not caving in to mobocracy and standing up for constitutionally entrenched minority rights and civil rights.

The government’s campaign of misinformation and fear mongering leading up to the bill has certainly worked. Sixty-four percent of those polled believed that terrorism posed a serious threat to Canada.

The reality is otherwise. As others, including Paul Robinson have argued, the biggest danger facing Canada is not terrorism but “self-inflicted threat inflation”. Indeed, in times of crisis (real or imagined) when the cheques and balances are most required, the general public is all the more willing to sacrifice liberty and fundamental rights in pursuit of security.

An interesting footnote, most of the people polled acknowledged that they had only heard about the bill.   Certainly, hearing about it does not make an informed voter.

As Supreme Court Justice William J Brennan noted, after each perceived crisis ended, Americans remorsefully realised that the civil liberties violations were unnecessary, but proved “unable to prevent itself from repeating the error…”

It may be worthwhile for Canadians to ponder on this as the bill continues through the legislative process. 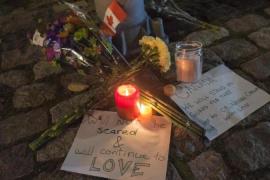 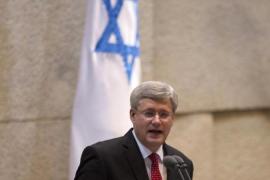 The Baffling Politics of Stephen Harper and Israel

A country that could lead globally is mired in a leader’s myths from the 19th century. 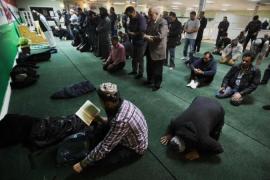 As long as Canadian Muslims fail to influence public opinion, the narrative of fear and suspicion will continue.

One person’s criminal may be another’s terrorist