Male violence against women happens so often in Turkey that it tends to elicit among the general public little more than a frown and a shaking of the head. Not this time. Maybe it was the sheer brutality of the attack, or the fact that the victim was so young and beautiful and full of promise, or that she fought off her attacker in a way befitting her surname, which means “lion”.

For whatever reason, the killing of Ozgecan Aslan has shaken Turkey.

Riding home after a bit of shopping with a friend this past Wednesday, the 20-year-old psychology student in Mersin, a Mediterranean port city, found herself the last passenger on the minibus. But instead of dropping her at the usual stop, the driver turned off his route, parked in a secluded spot and cornered her.

She fought him off with fingernails and pepper spray, but he stabbed her several times and hit her on the head with an iron pipe. With the help of his father and a friend, the driver cut off Aslan’s fingers in an attempt to avoid a DNA match, burned her body and tossed it into a riverbed. The police found it on Friday, so disfigured that Aslan’s friend recognised the clothes but failed to identify Aslan.

The next day, and again the day after, tens of thousands of protesters, mostly women, poured into the streets of cities across the country to protest against rising violence against women and the government’s failure to respond. They held banners, chanted slogans, marched, danced, and sang – and had a few skirmishes with the police.

During Aslan’s funeral in Mersin on Saturday, women dismissed the local imam’s requests for them to step back and instead pushed their way to the front to carry the victim’s coffin. In recent days, the hashtag #OzgecanAslan has been among Twitter’s most popular worldwide. Within Turkey, a hashtag translating to “tell your story too” (#sendeanlat), has spurred women to share their own tales of suffering and harassment.

“My friend, who was raped brutally by the man she loved, silently reads this hashtag,” shared @outforbeyond.

“Telling your bf that your colleague is hitting on you and he blames you for that,” tweeted @faikveysel.

(Sincere thanks to a 34-year-old Turkish writer, wife, and mother, who lives in Germany and goes by the Twitter handle Capulcu Tonella. She spent all Sunday translating #sendeanlat tweets into English. “I wanted people to read for themselves what daily life for Turkish women means,” she told me via direct message.)

A defiant solidarity seems to be emerging, a sense that enough is enough. Hurriyet Daily News columnist Melis Alphan used her Monday column to tell the stories of many of those who are no longer able – women killed by men, often their husbands, sometimes with their children.

Not surprisingly, all this anger has led to calls for blood. The three men in the case have been arrested, and two Turkish ministers have talked about reintroducing the death penalty.

“They should be executed, they should be tortured,” urged Aslan’s mother. Others have suggested life in prison, or castration for sex crimes.

Looking to score political points, the main opposition Republican People’s Party (CHP) has announced that it will field women candidates for crucial positions in key cities like Ankara and Istanbul in the upcoming parliamentary elections.

Violence and discrimination against women is nothing new in Turkey, but violence against women has soared over the past decade, with a dramatic rise in the murder rate of women from 2002 to 2009.

“My wife and I, we are starting an extensive campaign against violence against women,” he said.

Violence and discrimination against women is nothing new in Turkey, but violence against women has soared over the past decade, with a dramatic rise in the murder rate of women from 2002 to 2009.

In the World Economic Forum’s latest Gender Gap Report, Turkey ranked 125th out of 142 countries, behind Angola, Fiji, and Qatar. Just 30 percent of Turkey’s women participate in the workforce, and just 12 percent of Turkey’s legislators, senior officials and managers are women, according to the WEF report.

Some of the recent increase in violence is likely attributable to improved reporting. Some of Turkey’s other failings in regards to women, such as work place participation, are likely a result of a strongly paternalistic culture stretching back to the country’s founding in 1923.

Yet, many Turks blame the ruling Justice and Development Party for the deteriorating situation, and point to the man in charge. President Recep Tayyip Erdogan has repeatedly said that he views women and men as unequal. In 2011, he called abortion murder. Last year he advised journalist Amberin Zaman to “know your place”. Around that same time, his Deputy Prime Minister Bulent Arinc urged women not to laugh in public.

Critics argue that such statements create an atmosphere that allows for the mistreatment of women. A recent Guardian report detailed how Istanbul hospitals have been refusing abortions, possibly due to a tougher government stance. Last year, one of the bachelors on a matchmaking television programme revealed, on the show, that he had murdered two of his five wives.

This highlighted the short prison sentences often received by men who kill women, as well as society’s tacit acceptance of such acts.

But implementation of the 2012 law and a national action plan has been poor, according to a European Commission report from October. It found poorly trained staff and a lack of funding, objectives and monitoring. And in late January, Ismet Ucma, an AKP deputy who is on the commission investigating violence against women, said “the honour of the neighbourhood” could protect women from violence.

This was a rich bit of irony – it is the so-called “honour code” that so often drives Turkish men to acts of violence against women. Ucma’s statement seemed a clear sign, if any more were needed, of the AKP’s lack of real concern.

So, is there any chance Aslan’s murder can spark real change? Today’s anger will need to solidify into sober discussion and a consideration of the most useful policy steps. Many of Turkey’s men, and many of their leaders, will need to recalibrate their views on gender. And the government must begin to approach laws, campaigns and investigations into violence against women with grave seriousness.

Only then might Aslan’s murder become Turkey’s version of the horrific 2012 New Delhi gang rape, which sparked an outcry and ultimately led to a sea change in the way India deals with sexual assault.

“I will personally follow the case so that they will be given the heaviest penalty,” Erdogan said on Monday, speaking in Istanbul. “I call on gentlemen occupying the most important decision-making positions: This could have happened to our daughters as well. I want to express my wish that the sensitivity sparked over Ozgecan’s case will launch a new beginning.” 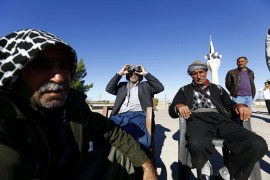 Let’s see Turkey for what it really is 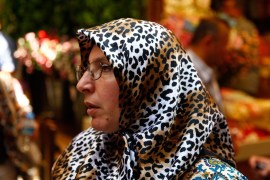 Women share their views on government’s plans for bill that would outlaw abortion beyond first month of pregnancy.