I know little about Craig Hicks but know enough about the state of US-Muslim relations to understand why millions (at least 2 million tweeted) believe his murder of three American Muslim students to be a hate crime.

Otherwise, as we are told, a dispute over parking space is in all likelihood the main reason for the senseless murder. A parking space – really?

Really. It seems that parking, like hate, are two of the many motives for violent acts in the US. Police records show a long list of parking violence; at times with children, spouses or parents watching.

And it’s the reason why North Carolina’s local prosecutor assumes there’s a probable cause to accuse Hicks of triple murder for no more than a damn parking spot.

So which is it – hate or parking? Well, it depends on the motive of the killer – his main motive. And until the investigation is over, it’s actually hard to say for sure; at least officially.

All of which leads me to ask a troubling question; a provocative question. Why is it so important for Deah, Yusor and Razan’s loved ones to plead with US President Barack Obama and others to treat the Chapel Hill murder as a hate crime?

But before that, a quick look at the banality of crime and hate in America. The land of liberty is also a land of violence.

Over a million violent acts were carried out in the US last year, including over 14,000 murders. That marks a drop of a few percentage points form the previous years. North Carolina ranks eighth out of 51 American states in terms of homicide.

These acts were committed by, among others, seven million Americans; over two million of whom are in prison and over four million are on parole or probation. Indeed, the US has the second highest prison population in the world per 100,000 inhabitants – behind Seychelles.

Guns are the murderers’ preferred means, and yet the right to purchase, carry and use arms by the likes of Hicks and countless others, is sacrosanct. It’s enshrined in the second amendment to the US constitution – “the right of the People to keep and bear arms shall not be infringed”.

Alas, most Americans continue to support the right to bear arms or oppose laws that infringe on that right despite the proliferation of arms.

And so do cars, alas. From pollution to accidents, and from car theft to car parking, too. All certain to continue unabated considering that Americans hold dearly onto their guns and cars.

Obama, who finally denounced the Chapel Hill murders as 'brutal and outrageous', refrained from invoking religious hate as a cause.

But Obama, who finally denounced the Chapel Hill murders as “brutal and outrageous”, refrained from invoking religious hate as a cause. Instead, he underlined the importance of the oneness of the “American family”. Violent as it may be.

Only a few weeks ago, Obama boasted that America’s Muslims feel themselves to be Americans, unlike their counterparts in certain parts of Europe.

This might be partially true, but it doesn’t dispel the fact that hate speech, hate crime and discrimination against Arabs and Muslims continue unabated in America and has even been growing since before 9/11.

It’s all part of a greater racism and xenophobia that continues to taint the much-celebrated “American way” of life as we’ve recently seen in Ferguson, Missouri and New York; just as it taints the “American Dream” for so many immigrants and their descendants.

So while the law forbids any form of discrimination based on race, religion or nationality; discrimination is omnipresent in America. The same wonderfully complicated US that elects a black president. Twice.

All of which leads back to the opening question: Is the Chapel Hill triple murder of Muslim Americans, a hate crime or another senseless crime?

Either way, I doubt the prosecutor’s final conclusion will change the minds of the many who have already made up their minds.

But would those who have already made up their minds about Hicks’ crime prefer to be proven right about his hateful motives, or prove wrong, meaning Hicks is a randomly and idiotically criminal person? That Hicks killed the three young Muslims because he’s a fanatic atheist and they’re proudly Muslims; or that he would have done the same against, say, religious Jews?

Is the predetermined claim of hate crime meant – perhaps subconsciously – to portray Muslims as equal victims of the West; to neutralise the hate speech against Muslims and Islam in the West; and to balance out the terrible crimes committed by certain Muslims?

It doesn’t require the terrible murder of three innocent souls to prove that Muslims are indeed the foremost victims of terrorism.

Because the facts speak louder than Fox News.

The largest Muslim country in the world, Indonesia accounts for one-fifth of the murder rate of the largest Christian nation, the US. And countries like Brazil, Mexico, and Venezuela account for many fold the rate of killings than Turkey, Egypt, and Iran.

All of which leaves me with the most disturbing of all questions: Why are the victims’ loved ones so adamant about making the case that Deah, Yusor and Razan’s killing is a hate crime and are so keen that Obama treats it as such?

They either know it to be true, or it’s unbearable that three young, charitable and industrious students died because of a senseless parking dispute. It’s unconscionable in its banality.

Either way, as Deah, Yusor and Razan’s immediate, and larger family, struggle with their deaths, it should be clear that there’s no good and bad reason for murder. It’s just reprehensible.

Either way, Obama and the “American family” have lots to answer for. 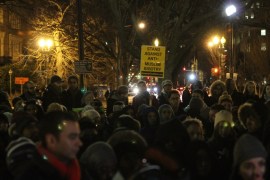 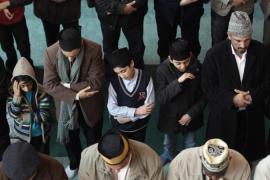 Use solidarity to tackle Islamophobia and extremism

Muslims in the UK have been under attack since the horrific murder of a British soldier on May 22.