One of the biggest problems facing the world today is that despite the fact that television continues to be a powerful instrument of change, the very people who produce TV reports are often among the laziest. This laziness, especially when covering conflicts around the world, has resulted in dehumanising the subjects of reports and in further entrenching widely held stereotypes about them.

A lazy TV reporter sits in the comfort of his hotel and collects information, goes out of his comfort zone only for a few precious moments to tape a stand-up that can prove that he was actually in the vicinity of the violence he is reporting, before quickly returning to the safety and comfort of his hotel. He edits a piece using images filmed by TV wire services and then for years boasts about being in the line of fire to provide the audience with “authentic” reports.

I have seen this situation so many times in the TV coverage of the Palestinian-Israeli conflict. Violence and oppression in Jenin or Gaza is often reported using images coming from Reuters and APTV while the reporter’s stand up is often taped in the comforts of relatively quiet Jerusalem or Tel Aviv. Violence against Israelis in Tel Aviv or other Israeli towns, are covered differently because that is where the reporters live. A human interest story is often produced telling the viewers about the life of this particular Israeli from birth till death in heart-wrenching detail.

Exception to the rule

But for every rule there is an exception. And Bob Simon, bureau chief of CBS news, and later star reporter for “60 Minutes”, is definitely the exception to the rule.

Quiet and determined, he would never write his script before seeing his images and his images were almost always filmed in his presence after he had met and become acquainted with the people he was reporting about. That is why when Simon produced his television reports, you could see and hear poetry. His words and images were a unified rhapsody where every frame and every word had a meaning. His stand ups were never fake or taped near comfortable hotels; they were from the heart of the stories he was reporting.

Many have called Simon an anti-Israeli reporter. He was neither anti-Israeli, nor anti-Palestinian for that matter. He reported it as he saw it, which is what television reporting is supposed to be about, but it has long failed in this mission.

Humanising Palestinians and Israelis was not Simon’s goal – it was his job and it wasn’t easy. When CBS sent him to report on Iraq in 1991, the Iraqis arrested him and accused him of being a spy. The fact that his background is Jewish was used to hold him in solitary confinement. At the time, I helped draft a letter to Iraqi President Saddam Hussein, detailing Simon’s professionalism and credibility. Forty Palestinian journalists signed the letter attesting that Simon was in fact what he said he was, a professional journalist. Simon was released after 40 days. I am not sure if our letter helped or not. In 1993, he courageously returned to Baghdad and produced a documentary about his own imprisonment in coordination with the Iraqi government.

One of the journalists who signed the letter to Saddam was Taher Shrieteh from Gaza. I had introduced Shrieteh to Simon and they worked well together. But in 1992, when Israel decided to deport some 400 Hamas activists, Shrieteh who had helped Simon and others interview Hamas leaders, was picked up and blindfolded along with the other activists. When Simon found out about this, he immediately used all his contacts in the US and Israel to stop the deportation. At the last minute and just before crossing into south Lebanon, Shrieteh was removed from the bus and set free.

Humanising Palestinians and Israelis was not Simon's goal - it was his job and it wasn't easy.

For a while, I lost track of Bob Simon. He returned to New York and joined the prestigious “60 Minutes” team. He returned to the Middle East many times and interviewed some of the leaders in the region. But his no-nonsense style got him in trouble again with the pro-Israel lobby.

While on a story about the continued rise in Palestinian Christian emigration, he came to Jerusalem and Bethlehem and reported about the harassment they face which pushes them to leave. Again, he faced the kind of pressure that he and other reporters face for simply doing their job. Then Israeli Ambassador Michel Oren attempted to kill the “60 Minutes” report by putting direct pressure on Simon’s bosses at CBS. Simon wouldn’t have any of this and he confronted Oren in a face to face interview. The following exchange with Michael Oren was aired as part of Simon’s story.

“I have never received a reaction to a story that hadn’t been broadcast yet,” Simon told the Israeli ambassador.

“There’s a first time for everything, Bob,” Oren arrogantly answered, adding that, “I do that very, very infrequently as ambassador.”

Bob Simon died on Wednesday in an accident in New York City. He survived wars and violence throughout the world but his life was cut short at the age of 73 in a car crash. He leaves behind his wife Francoise and his daughter Tanya, who followed in his footsteps and works for “60 Minutes”. 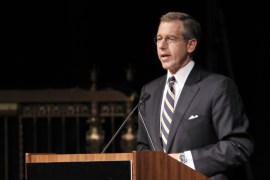 The Middle East is still the geopolitical Wild West, where American heroes earn their stripes. 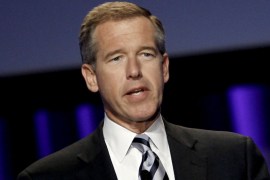 NBC News’ chief anchor has lied about a story he reported on and jeopardised the trust people give to journalists.