“Before you cry over your son because he’s in prison or because he’s hurt, teach him the meaning of a nation.”

What is the meaning of a nation? That’s the question that’s raised by Zamalek SC President Murtada Mansour’s irate attack, quote above, on the parents of the dozens of football fans, members of the “Ultras White Knights” hardcore fan club, who were killed last Sunday as they attempted to enter the stadium where the team was playing rival ENPPI at Air Defence Stadium.

It is tragic but predictable that the biggest mass killing since the July 2013 coup that saw the Egyptian security forces kill upwards of 1,000 protesters aligned with the Muslim Brotherhood, would involve members of the Ultras, the football fanatics who were instrumental not just in conquering and holding Tahrir Square during the early days of the January 25, 2011, uprising but also in defining a genre of street protest that for over two years forced successive Egyptian governments to move, however fitfully, towards implementing the demands of the revolution.

This is the second time since the revolution that Ultras were specifically targeted in large numbers. The first occurred on February 1, 2012, in Port Said, when upwards of 74 members of the Ultras al-Ahly were massacred, allegedly by fans of the Port Said al-Masry fan club. In both cases, the reason is believed to be revenge for years of defiance against the Mubarak police state in the stadia and ultimately in Tahrir.

If we can assume that the Ultras in fact were attempting to reconquer the football stadia where they famously spent much of the years before the revolution honing their skills at fighting riot police, this could well be a harbinger of a renewed wave of protests against the regime. It is telling, in this case, that the venue was a football stadium, and one controlled by the military.

For anyone who spent a lot of time around them during the occupation of Tahrir, three elements of the Ultras’ actions while in Tahrir stand out.

First, their fearlessness, speed and discipline. Within literally seconds of any hint of an assault on the square, dozens would emerge out of seemingly nowhere to rendezvous at whatever section of Tahrir was under threat of attack. It is no exaggeration to say that the Ultras were the guardian angels of the erstwhile “Tahrir Republic”.

Belong to the revolution

As long they were in the square, it belonged to the revolution. Even when the Salafis largely took over Tahrir in April 2012, the Ultras (led by revolutionary singer Ramy Essam) were the only group that could enter the square en masse and at will, and push the Salafis out of the way.

Try to talk politics with Ultras in Tahrir and you were likely to get a dirty look, followed by an even dirtier reply if you pursued the subject further. There was a clear sense among most of them that their function was not to spearhead a political movement because once politics began to take over, unity would be lost.

Second, their political savvy masquerading as disinterest in politics. Try to talk politics with Ultras in Tahrir and you were likely to get a dirty look, followed by an even dirtier reply if you pursued the subject further.

There was a clear sense among most of them that their function was not to spearhead a political movement because once politics began to take over, unity would be lost. This is one of the few sentiments that many Ultras would express while in Tahrir.

Theirs was an almost desperate – and, in hindsight, rightfully so – desire to preserve revolutionary unity, in good measure through the continued occupation of Tahrir and other strategic locations.

More than most of the other revolutionary groups, who moved away from Tahrir, they intuitively understood that without holding territory, no assault on an oppressive state system could hope to succeed long-term. Needless to say, this was as political a revelation as one could imagine.

Third, their focus on children. Ultras are almost always described as representing the “youth” of the revolution. But they were not the youngest people in Tahrir. Instead, it was the innumerable street children who were Tahrir’s youngest citizens.

These kids, many without shoes, were fed, housed (in tents with protesters), protected and supervised by the Ultras.

Their care and concern for the youngest and most vulnerable of the revolutionary protesters was truly touching, and led to potentially tangible results when the government agreed to set up health clinics to treat and monitor the street children as part of an agreement with the protesters.

The Egyptian government, whether under Mubarak, SCAF, Morsi and now Sisi, has constantly sought to tame and/or crush the Ultras, in the same way as it has tried to crush the revolution more broadly with life sentences for 230 people last week, including well-known pro-democracy activist Ahmed Douma.

The Muslim Brotherhood remains too discredited for its protests to inspire much support broadly within Egypt, while the secular revolutionary cadres have been successfully reduced to almost marginal status through imprisonment, exile and even outright killing. In this context, the Ultras are one of the few groups with the history and presence to absorb the kinds of losses experienced last weekend and continue to fight government injustice.

Sisi, his generals and cronies like Zamalek’s Mansour, no doubt would like to teach the Ultras their “meaning of the nation”. But with each new victim of regime violence, the very opposite lesson becomes more ingrained among the revolution’s most hardened cadres. If they return more regularly to the streets in the wake of this latest violence, it could well be the spark activists have been searching for to reinvigorate protests against a “system” that four years after the beginning of the revolutionary uprisings, seem as entrenched as it ever was. 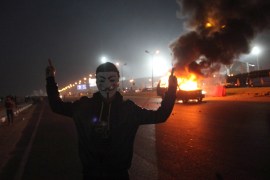 The Ultras and Egypt’s expanding cycle of violence

Since the country’s revolution, the relationship between Egyptian police and sports fans has been extremely tense. 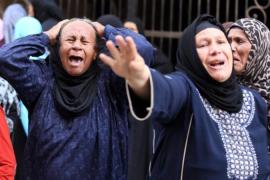 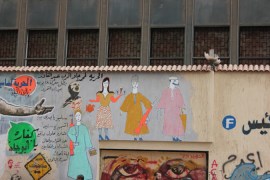 As martyrs continue to fall in Port Said, in Tahrir and across the country, “the Morsi government is losing legitimacy”.