Though it likes to think of itself as the most liberated Arab country, Lebanon needs to admit that it remains sexist.

In particular, divorce laws are unequal for men and women, and women are discriminated against in child custody and guardianship decisions. They are economically marginalised and inadequately protected against domestic violence. As a result, many women stay in unhappy or abusive relationships to avoid losing their children or becoming impoverished.

Lebanon’s personal status laws are the object of perplexed fascination for many outsiders. They were established at the foundation of the modern Lebanese state, in the 1926 constitution, as a way of allowing the different historical religious groups in the country to apply their own laws to family affairs such as marriage, divorce and inheritance.

Lebanon officially recognises 18 different religious sects (4 Muslim and 12 Christian sects, the Druze and the Jews), which are represented by 15 personal status laws. By the time the country gained independence from the French in 1943, it had enshrined sectarianism, or confessionalism, in its political and administrative system.

These laws vary for each sect, making some less advantageous for women than others, for example in inheritance matters, which sometimes leads people to convert.

However, divorce laws discriminate against women across all the sectarian groups. Unsurprisingly, the UN’s CEDAW reports on Lebanon recommend a unified personal status law for everyone.

Personal status laws exist alongside and within the country’s secular civil law, which has ultimate authority in certain circumstances.

But in practice, there is little or no government oversight of religious courts, and clergy from all the sects can be territorial about their authority within communities.

At the same time, it is simplistic to make an easy contrast between religious and civil law. Maya Mikdashi, research fellow at Rutgers University, has pointed out that both secular and religious laws in Lebanon are sexist.

“The problem isn’t religious versus civil law; the problem is sexism in law,” she said in an interview. “The legal system as a whole produces male and female citizens as different subjectivities.”

Sexism is nowhere clearer than in the citizenship law, which comes under civil law. A Lebanese woman cannot pass her nationality to her husband or children if she marries a foreigner. And without citizenship, they do not have rights that come with citizenship, such as access to education, health services and employment, and they are subject to restrictions when it comes to ownership and inheritance of property.

This discriminatory law has never changed, despite periodic high-level discussions about it and despite the fact that some other Arab countries (Egypt, Morocco, Algeria, Yemen, Palestine, Libya and Tunisia) have given women full citizenship rights. This is partly due to the political elite’s desire to prevent Palestinian refugees from gaining Lebanese citizenship through marriage, thereby upsetting the demographic balance between Christians and Muslims.

But the issue of stateless Palestinians in Lebanon is rather a tame one these days, considering the far greater problem of the 1.5 million Syrian refugees currently living in Lebanon, which is size of Wales and has a population of 4 million. This crisis has placed overwhelming pressure on the economy and social services.

Fateh Azzam, director of the Asfari Institute for Civil Society and Citizenship at the American University of Beirut, told me that the Syrian refugee crisis makes any reform of the citizenship law even less likely.

While policymakers make it impossible for Syrian and other refugees to integrate, the sexist citizenship law also creates more statelessness. It creates stateless children of stateless fathers, and stateless children in cases where a Lebanese woman is divorced from a man whose nationality cannot be given to her if she remains in Lebanon and he returns to his country (for instance Egypt).

What is clear is that Lebanese women are not full citizens, even though this contradicts the Lebanese constitution, which states that all citizens are equal. Lebanon has many thriving women’s advocacy groups, such as Kafa, and while there have been successes in some areas, such as employment law, others have been fraught with obstacles.

For instance, campaigners pushed through an historic law that criminalised domestic violence in March 2014 after 10 years of campaigning. However, the law was finally passed with amendments to the original draft and did not include the full range of domestic abuses because it was not permitted to challenge the personal status laws.

“It’s all tied up in an almost feudal kind of way,” Azzam said. This is “the malaise of the Lebanese political system”.

This system is based on legal difference – and inequality – in gender. Lebanese men and women should be outraged and demand that policymakers make bold decisions instead of maintaining the status quo out of fear.

As long as the Lebanese leave it to small groups of hard-working campaigners to affect incremental change, they cannot really claim to be liberated.

Lana Asfour is a journalist based in London and Beirut. Her articles and photographs have been published by the Times, BBC online, the New Statesman, Observer, New York Review of Books, Daily Star Beirut, OpenDemocracy and Granta, among others. 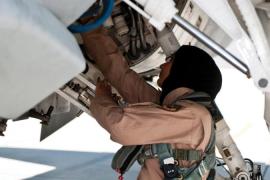