The news that Mark Zuckerberg, the cofounder and chief executive of Facebook, and his wife, Dr Priscilla Chan, have pledged to their newborn daughter Max, that they would eventually give away 99 percent of their wealth of Facebook shares, “currently worth more than $45bn to charitable purposes” has delighted and bemused people around the globe.

These sorts of news usually attract two kinds of predictable reactions: (1) people express admiration and adulation to the person so generous in their magnanimity that give up their massive wealth to humanitarian and philanthropic causes, in this case, the formation of “the Chan Zuckerberg Initiative … to focus [on] personalised learning, curing disease, connecting people and building strong communities”, and (2) raising legitimate critical questions regarding the kind of morally dubious capitalist system that allows for the accumulation of that amount of personal wealth to begin with, and thus consider such acts of generosity in fact integral to that structurally violent system, and therefore think of philanthropy as “the capitalist art of deception”.

Both these apparently opposite positions in fact exacerbate and corroborate, instead of questioning and overcoming, the structural frame of reference in which the amassing of such astronomical wealth is possible.

They both acknowledge – though one celebrates and the other denounces – a globalised operation of capital, labour, and market in which a small fraction of humanity can accumulate inordinate wealth, while the world at large is at the mercy of climate catastrophes, mass depravation and starvation, inhuman labour, refugee migrations, etc.

ALSO READ: The dark alliance of global philanthropy and capitalism

Those who praise Zuckerberg declare: “The Zuckerbergs’ plan for their Facebook fortune was a ‘clarion call to a new generation of millennials’ to encourage them to use their wealth for social justice”, while on the opposite side the critics of such acts of philanthropy state very simply and decisively: “Is Bill Gates a class enemy or one of the good guys? Confusion prevents workers from moving decisively against their enemies. Since the 19th century thieving capitalists have used philanthropy to pose as social saints, shape society in their image and create confusion about the nature of capitalism.”

There is a moral and political absolutism governing both these positions: one thrives at celebrating capitalism while the other basks in denouncing it. One is blind to the calamitous condition of vast and destructive discrepancy in wealth and income distributions, while the other thrives at what Max Weber called “the ethics of ultimate ends”, just waiting for the world to go straight to hell simply to prove them right.

In between these two positions is what again Weber called “ethics of responsibility”, to realise the present and imminent danger the world and humanity faces and the contingent (not absolute) logic of healing that it needs.

What is lost in the middle of these two moral and political absolutisms is the factual evidence of a world hell-bent on self-destruction in terms of the damage that its current economic system systematically perpetrates on a very fragile earth, and the unconscionable poverty that this structural violence to human decency generates and sustains.

The fragile earth and the maimed and wounded humanity on it can use any act of healing that comes its way, without waiting for any ideological adjustment of those who seek to heal it.

The task of critical thinking at this frightful moment in history is not the broken record of what is structurally and systematically wrong with the world, addressed from the self-assured pulpit of the capitalist right or the socialist left.

The task at hand is to channel any attempt at righting the world’s wrongs to be done in a way that saves the earth from ultimate annihilation, and humanity from the indignity of mass starvation and easily preventable diseases.

The task at hand is not to pick a false feud with Zuckerberg or Gates that they have amassed their wealth based on a structurally flawed and systematically violent world economic disorder.

What we need today is the courage and the imagination to channel such vast resources in a direction that saves the earth and the remnants of our humanity on it not with an illusory ideological coherence (capitalist or socialist), but with an optimum moral consistency predicated on the dignity of every living creature on this earth.

Who is going to decide how to spend Mark Zuckerberg’s wealth and for what purpose? How are the priorities to be determined? Do we have a myopic national or ideological interest in mind or can we cultivate a global and emancipatory perspective?

Also read: One billionaire’s dream to build a refugee utopia

Zuckerberg had one bright idea called Facebook and turned it into a vast and tireless moneymaking machine. But the fact that he had the head to know how to make money, and now the heart to give it up to philanthropy, do not mean he and his wife alone know how to spend it wisely to heal the wounds of this earth.

Instead of applauding or dismissing their philanthropy, those who care for the sanity and salvation of this earth need to learn how to put their and other similar resources to good use outside the ready-made and cliche-ridden options of “finding a cure for cancer” or “saving the world”.

The devil of philanthropy is no longer in the detail of how the philanthropist made that much money to begin with (we all know that) but in the precision of courage and imagination of how to spend it wisely and judiciously to save a structurally damaged humanity and human habitat. 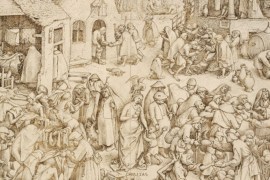 It’s a problem if endowment investments generate the very poverty foundations are trying to alleviate.