The dark cloud of the Islamic State of Iraq and the Levant (ISIL) may yet have one silver lining. Its attacks have managed to galvanise the international community’s efforts for a Syrian peace process. But in prioritising a united front to defeat ISIL, there is a missed opportunity to press the Syrian government and armed opposition groups for concrete commitments to quell their own abuses and deliver a just peace.

Despite the Syrian government’s overwhelming responsibility for civilian deaths, it was only the appearance of ISIL that led Western nations to intervene in Syria. And it is only the continued gains of ISIL that has led some in the West to resign themselves to Russia’s increased engagement in the war, albeit supporting Bashar al-Assad’s exhausted forces.

The new International Syria Support Group (ISSG), which significantly includes not only the United States, the United Kingdom, and France, but also Iran, Saudi Arabia, Turkey, and the Arab League, set out the parameters for a peace process to begin in January.

But in reality, it is a war process, not a peace process. The statement contemplates a ceasefire, but only in 50 to 70 percent of the country, excluding areas controlled by ISIL, al-Nusra Front, or anyone else the support group considers terrorists. The process effectively unites the government and the acceptable opposition to end their fight against each other and join the global fight against ISIL.

Some contend that ISIL (and the al-Qaeda affiliate al-Nusra Front) is the priority because of its unique worldview and horrible atrocities.

Yet, many Syrian armed groups, like Jaysh al-Islam and Ahrar al-Sham now being rebranded as “mainstream” if not “moderate”, have also carried out atrocities, not to mention Assad and his murderous forces, including massacres, torture, deadly barrel bombs, and chemical weapons attacks.

Accountability for Assad is not even on the discussion table – the only debate is how long Syrians must wait before new elections in which he may still run.

Excluding parties that have committed abuses at the outset may well mean that there would be no one left with whom to negotiate. But at minimum, parties should be willing to pledge not only their commitment to a negotiated solution but to respecting the laws of war and the human rights of all Syrians while the inevitable fighting rages on.

And it should be clear that officials with direct responsibility for the worst attacks on Syria’s civilians should not have a role in any new Syria that emerges.

The Vienna Statement on November 14 breaks new ground in proposing a UN-endorsed international monitoring force to secure the peace, at least in places where it wouldn’t “come under threat of attacks from terrorists”. No doubt a nominally safe area may also make it easier for neighbouring nations to justify pushing back asylum seekers at their borders.

Turkey, Jordan, Lebanon are understandably eager to see diminishing refugee flows, overwhelmed by the influx of over four million Syrians, and the record number of refugees to the EU has added to the urgency.

But we should be careful about any claims that an area is truly safe for civilians. The inability to protect a proclaimed “safe area” has led to horrors such as Srebrenica, the worst atrocity in Europe since World War II.

What’s missing from the Vienna Statement are concrete commitments to protect Syrians while the fighting continues, including UN-imposed sanctions for indiscriminate attacks that can act as a restraint on the fighting parties. Regional ceasefires may help when and if they come into force, but Syrians need a promise for protection now, everywhere in Syria.

Syria should also be pressed, as a top priority in the negotiations, to release the thousands of activists, journalists, lawyers, and ordinary civilians languishing in Syrian prisons, and grant international monitoring organisations access to all detention centres.

And if the proposed 18-month transition is to have any meaning, it must include a demand to suspend laws that the government has used to suppress peaceful activists and stymie political life.

The Vienna Statement also includes an overly ambitious timetable for drafting a constitution. Such rushed timetables have been a recipe for conflict in other transitions – Yemen, Libya, Iraq, and Egypt. Any constitution-drafting process should take its time for Syrians to come together, including the millions of refugees, to negotiate a new social contract.

Finally, if no one expects people to negotiate departures from a prison cell, the Syrian government and all parties to the negotiations should commit at a minimum to a truth commission with power to subpoena witnesses and ensure that the record of all that Syrians have endured is preserved.

The last best hope for Syria may well be fragile and uncertain, but it can benefit from bolstering meaningful protections for the people of Syria now. 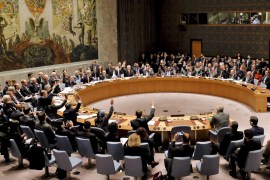 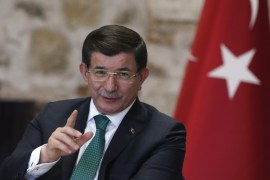 Turkey dismisses any Syria plan with Assad in place