Nearly five years after revolutionary zeal swept the Arab world, life in the region has normalised. Yet, it is far from normal: civil war rages in Syria, generals rather than democrats rule Egypt, and violence divides Libya. Economies throughout the region have struggled to grow.

To stem the negative tide, many across the Middle East have turned to entrepreneurship. Entrepreneurship, it is believed, will create jobs, generate wealth, and restart economic growth.

That is, after all, what it has done in the United States. It is what many saw happen after Maktoob, a Jordan-based search engine, was sold to Yahoo for $175m in 2009.

Beyond money, in the Arab world, entrepreneurship has become vital for another reason: It has provided an opportunity for men and women in the Middle East to convene, cooperate, and create – with the governments’ support and encouragement.

That has been critical in “disrupting” the obstacles that have long held back the countries in the region. Entrepreneurship has become a virtual Tahrir Square from which Arab men and women are revolutionising the systems that have denied them progress.

In Egypt, Ameer Sherif and Muhammad Algarhy, the cofounders of a search and recruitment platform Wuzzuf, have started to disrupt their country’s unemployment, which hovers around 13.4 percent – and around 38.9 percent among youth – and that number is growing.

The youth bulge, a rapidly growing young population, presents a problem not only in Egypt, but also throughout the region.

“Seeing so many inefficiencies in the job recruitment market in Egypt inspired us to start Wuzzuf,” said Sherif, the current CEO.

Businesses, he noted, have a difficult time finding talent in Egypt, and Egyptian university graduates don’t know where to begin to look and prepare for employment. There has never been a place to do so.

Among the challenges plaguing the Middle East is the lack of public spaces where people – both men and women – can come together. There are cafes and university campuses which allow for socialising; but until the rise of start-ups and workspaces, there were few opportunities to exchange experiences, seek mentors, and build on ideas. Wuzzuf is a platform that provides the guidance that Egyptians have long lacked.

Moreover, through its interactive model and the various job fairs it hosts, Wuzzuf extends an opportunity for people to connect – not just with jobs, but also with one another.

The ability to come together to share ideas and interact with others is what defined and helped create Silicon Valley. Start-ups, just like change, happen when people collaborate.

Silicon Valley happened when not one, but eight men – the “traitorous eight” – walked away from secure jobs at Shockley Semiconductor in 1957 to create their own firm.

This happened when Steve Jobs met Stephen Wozniak in high school, and they shared a love of computers (and music). It also happened when Sergey Brin sparred with Larry Page at Stanford University.

Silicon Valley and the innovations it spawned happened with people, conversations, and the experimentation of ideas that were imagined – together.

The idea of bringing people together is what sparked a series of start-up events, such as RiseUp in Egypt and Arabnet in Lebanon, Saudi Arabia, and the United Arab Emirates (UAE).

It has also inspired the launch of Flat6Labs and GrEEK in Egypt; Oasis 500 in Jordan; Bader, Berytech, and Seeqnce in Lebanon; Tenmou in Bahrain, and Seedstartup in the UAE.

They are all “accelerator” spaces for entrepreneurs to “accelerate” or advance their start-up ideas. These Silicon Valley-inspired spaces facilitate training, introduction to mentors and funders, and offer training.

Mentors and training are crucial needs. Although many in the Middle East start businesses largely out of necessity, the majority fail.

Failure is something that those in the Middle East want to see ended, particularly as it relates to public perception, both in and out of the region. Whether in the West or in any given Arab city, it is difficult to move beyond the coverage of bombings and violence that has become prevalent from North Africa to the Gulf states.

Anything negative shatters confidence and sows doubt, which is what many feel when it comes to the Middle East – and what they feel prevents the region from moving forward.

Entrepreneurship has provided an opportunity for men and women in the Middle East to create an alternative narrative. With its focus on building and, more importantly, on solving problems and overcoming obstacles, it has channelled the abundant ambition and energy among Middle Eastern youth towards what economist and godfather of innovation Joseph Schumpeter called “creative destruction“.

Creative destruction is the elimination of old methods and activities, replacing them with new approaches, new markets, and new paradigms. New paradigms are what men and women across the Arab world have long desired.

“This new generation is hungry,” writes Christopher Schroeder in his book, Startup Rising. “If there was one universal sentiment that connected every young entrepreneur I met [in the Middle East] it was this: Their revolution was not merely about overthrowing long-standing dictatorships, but challenging a generational premise and complacency of their parents that things could not change,” – that they had to accept the status quo.

Elmira Bayrasli is the author of “From the Other Side of the World: Extraordinary Entrepreneurs, Unlikely Places“, a book that looks at the rise of entrepreneurship globally. 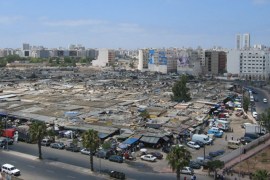 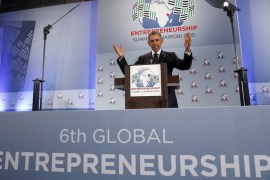 In some cases, entrepreneurship deepens divides in African societies by aiding those who least need assistance. 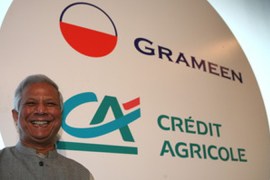 The limits of new social entrepreneurship

Social entrepreneurship remains blind to the structural difficulties that the poorest of the poor face.