Britain’s intelligence services chose the release of the new James Bond movie, Spectre, to go on both a charm offensive and a recruitment drive last week. Just as the latest 007 film hit the screens, so too did an unusual splurge of media coverage.

MI6 officials (from the foreign section of the Secret Intelligence Service, or SIS) were on the BBC talking about recruitment: James Bond films spawn a spate of interest in the services from hopeful applicants. But the SIS, as their new drive suggests, are looking for a different kind of candidate: less womanising loner assassin, more emotionally intelligent team player.

Meanwhile, still in PR mode, the services popped up in a London Times series (“For your eyes only” – clever, no?), in which journalists got unprecedented access to GCHQ, the government’s secret surveillance centre, and were suitably gushing about it.

As we all know, the intelligence services are usually opaque and uncommunicative, so this sudden urge to open up was all a bit of a surprise.

But, by amazing coincidence, it all happened in the weeks leading up to the Conservative government’s release of the Investigatory Powers Bill, some details of which have just been announced; the draft will be read in parliament for the first time today.

Britain’s intelligence services and the government have been calling for more surveillance powers – to combat jihadi terror, online child abuse, and international crime. Indeed, the Conservatives have tried before to get something similar through parliament in 2013, with a bill swiftly dubbed the Snoopers’ Charter – but those attempts were shut down by the Liberal Democrats, who were junior members in the then-coalition government.

You could extrapolate from the Spectre plot that mass surveillance (as opposed to targeted surveillance) is a really bad idea, and, moreover, that a case in support of it has not really been demonstrated.

But perhaps British intelligence services are banking on us going all gooey-eyed over Bond – as is so often the case – and hence, getting a bit blurry with the plot details.

There are certainly good reasons to introduce a bill: very real concerns about terrorism, as well as the need to overhaul existing patchy and out-of-date legislation.

And then there’s the business of having already been caught in the act of surveillance – thanks to Edward Snowden’s revelation that the United Kingdom, just like the United States, has been carrying out a wide, unauthorised interception of electronic communications through which it has been hoovering up private data.

The Investigatory Powers Bill is described as an attempt to bring all that data-mining “into a legal framework” – in other words: To put into law something that has already been taking place, secretly and with nobody’s consent.

We now have a few details of the bill that are to be discussed today: The British government wants the sort of surveillance powers that no other Western country has – well, not legally anyway. Central to the bill is that internet companies have to store details of websites visited by their customers for a year – information about the sites visited, rather than specific pages.

Police will need judicial authority to access an individual’s internet data trail, and the GCHQ will be allowed to hack computers, listen in on our phone calls, and even turn on the microphones and cameras of our mobile phones. Not surprisingly, privacy campaign groups have already described these powers as highly intrusive.

But now, hopefully, we’ll get a robust debate about surveillance powers – why increased powers are needed, what they are for, and who is going to approve them.

We can, uncharacteristically, put a little faith in British parliamentarians – a chunk of whom (especially in the opposition parties) are cynical over the need for extra powers as set against the need to safeguard privacy.

Even if the bill does get past the House of Commons, there is still the scrutiny of the House of Lords to deal with.

Commentators note that Brits aren’t really spooked by the intelligence services’ spooks, with trust in them still running high in the aftermath of those shocking Snowden revelations.

But perhaps there is a difference between trusting British spies as being decent types who do the right thing, and giving them a swath of unprecedented extra powers to spy on us.

There’s a reason the Snoopers’ Charter name stuck – and it’s perhaps the same reason that even the great spy franchise that is James Bond is so disapproving of mass surveillance.

Rachel Shabi is a journalist and author of “Not the Enemy: Israel’s Jews from Arab Lands”. 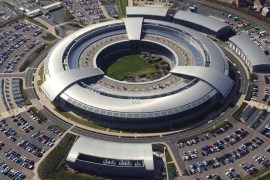 A media post-mortem into the UK’s surveillance report. Plus, why five years on in Argentina the media looks so familiar.